One Saturday morning while on breakfast, a colleague asked me if I am interested to visit the Balangay Shrine of National Museum in Barangay Libertad . Why not! Besides I am researching for some information for my Balangay Festival post. By the way, the city is celebrating its 26th Balangay Festival this whole month of May. The museum is several kilometers east of downtown Butuan City- more or less 5 minutes tricycle ride. The exact location of the excavation site /shrine museum is Sitio Ambangan, Libertad, Butuan City where the 320 AD dated boat is now on display. The first boat was discovered in September 06, 1976 and dating was conducted by Gakushuin University of Tokyo Japan.

Unfortunately, the gate was closed and there is no guard on duty. A local passer instructed us to just open the gate and proceed - as the shrine according to her is “open for public”.  Ah OK that’s good but not really  good. Where is/are the guard(s) for this relics declared as National Cultural Treasures?

A one-storey building, the Balangay Shrine Museum serves as a Field Unit of the National Museum. It houses the remnants of the earliest watercraft known as “Balangay” or “Butuan Boat” discovered and excavated from 1976-1986.

The museum also displays remains of the early settlers found in wooden coffins- excavated very close to the location of the boats. The other Balangay boat excavated in this site is now on display in National Museum Manila and it is said that no other ancient boats were found elsewhere in the Philippines.

Aside from the issue of security, the present status of the Balangay Shrine is disturbing and threatening the restoration of what is perhaps the most important evidence of Pre-Hispanic Filipino civilization. 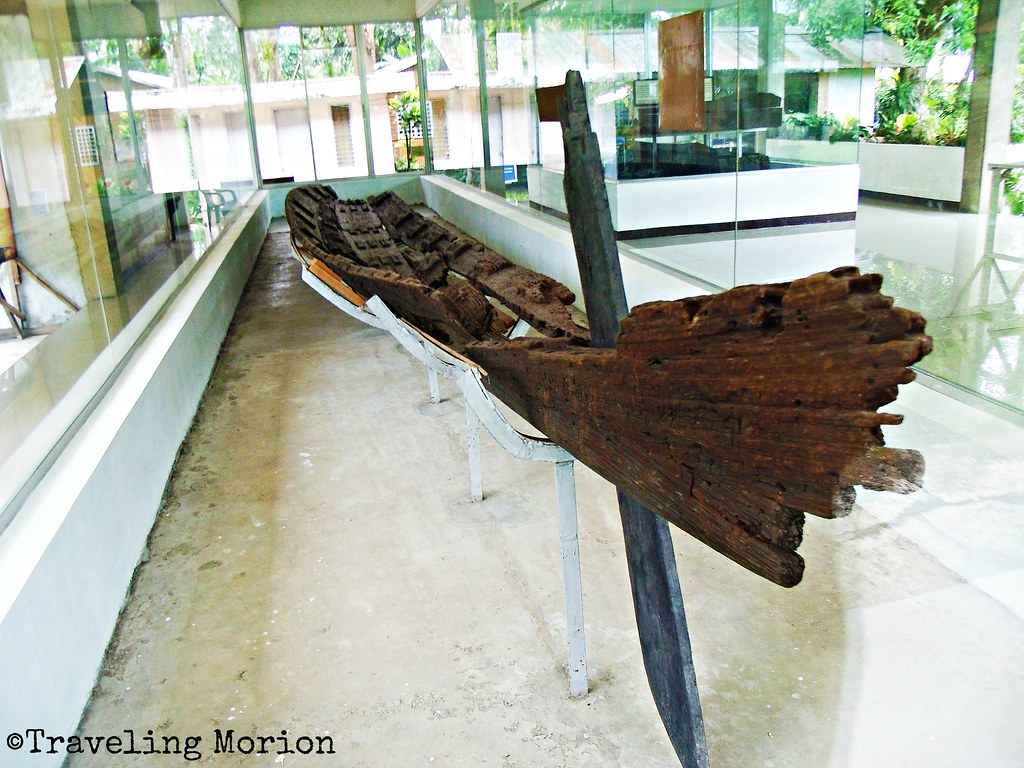 The Balangays (pronounced as Balang-hais) are large boat, built with wooden planks and pegs. This method of construction is typical to Southeast Asian boat building. The planks are one continuous piece carved to shape and made of hardwood identified as Heretiara Litorales or locally known as Dongon. The boat was 15 meters in length and 3 meters across the beam. Only in Butuan City, no other locality in the Philippines can boast of such rare and extensive recovery of these ancient maritime boats.

The balangays have been declared as National Cultural Treasure through the Presidential Proclamation No. 86, series of 1986 signed by the Former President Corazon C. Aquino. 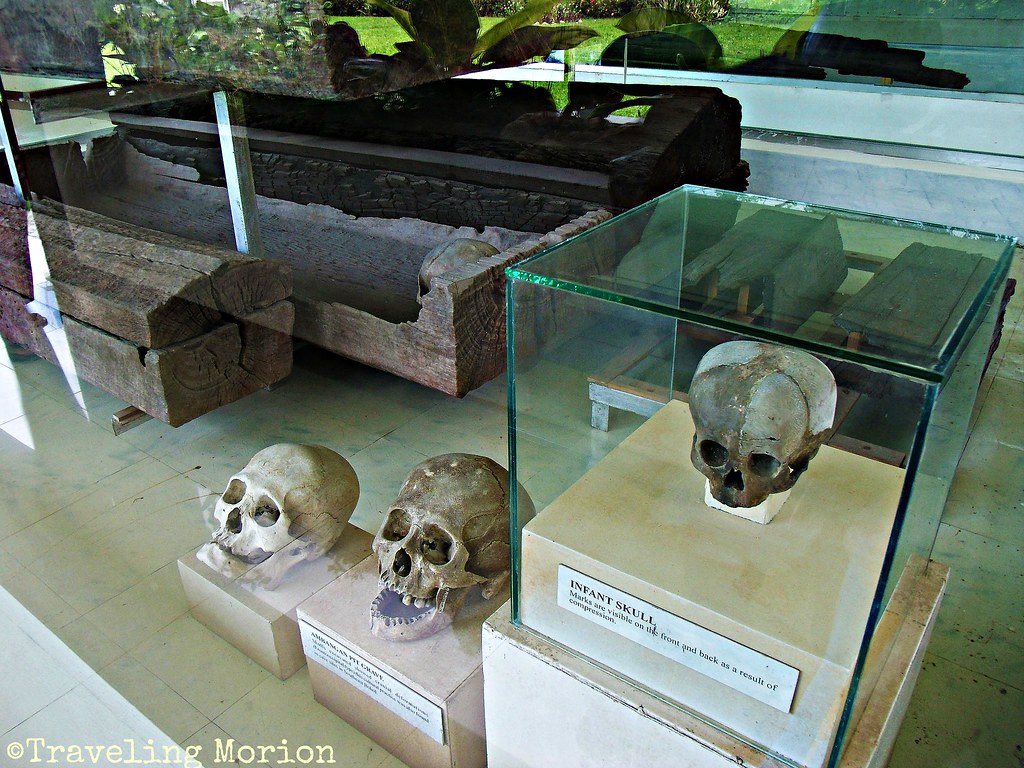 "The coffin burials that led to the discovery of the boat lie 16 meters east of the boat. Similar to the inhumation in Suatan, Butuan, the coffins contain 14th-15th  century materials associate with the remains having deformed skulls. Nine of these coffins were uncovered in a single trench but all the materials have been disturbed by pot hunters. Reports have been made of multiple burials in the coffin which unlike coffin burials in rock shelters in the central Philippine areas, were apparently primary burials with the remains fully extended. The coffins proportionately are large, measuring approximately 3 meters.
Although proximate to the boat, the coffin burials have no chronological reference to the 12th – 13th century midden layer. The burials are situated on the high ground beyond the eastern limits of the midden."
***caption displayed in the museum


HOW TO GET THERE
From Gaisano Mall| Butuan City Integrated Land Transportation Terminal| City Proper: Ride in a tricycle (locally called as trisikad) going to the location of the Shrine Museum in Sitio Ambangan, Barangay Libertad. Fare is around 20-50 pesos.