The Balangay or Balanghai Festival is a month-long celebration in Butuan City, Agusan del Norte to commemorate the coming of the early migrants that settled the Philippines, on board the Balangay boats. Balangay is a wooden boat used for cargo and looting purposes during early times. When the first Spaniards arrived in the 16th century, they found the Filipinos living in well-organized independent villages called barangays. The name barangay originated from balangay the Austronesian word for "sailboat”. 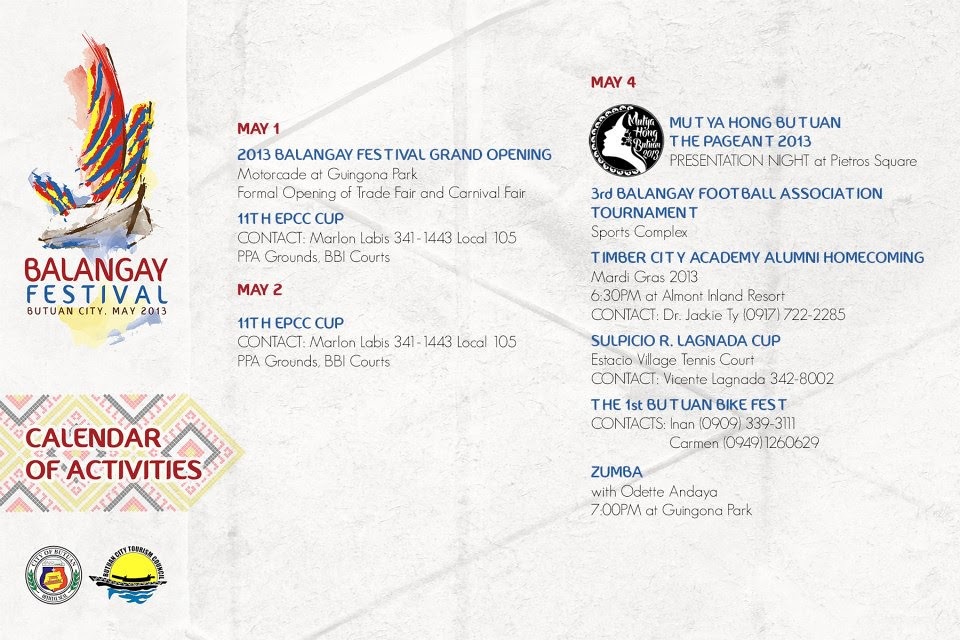 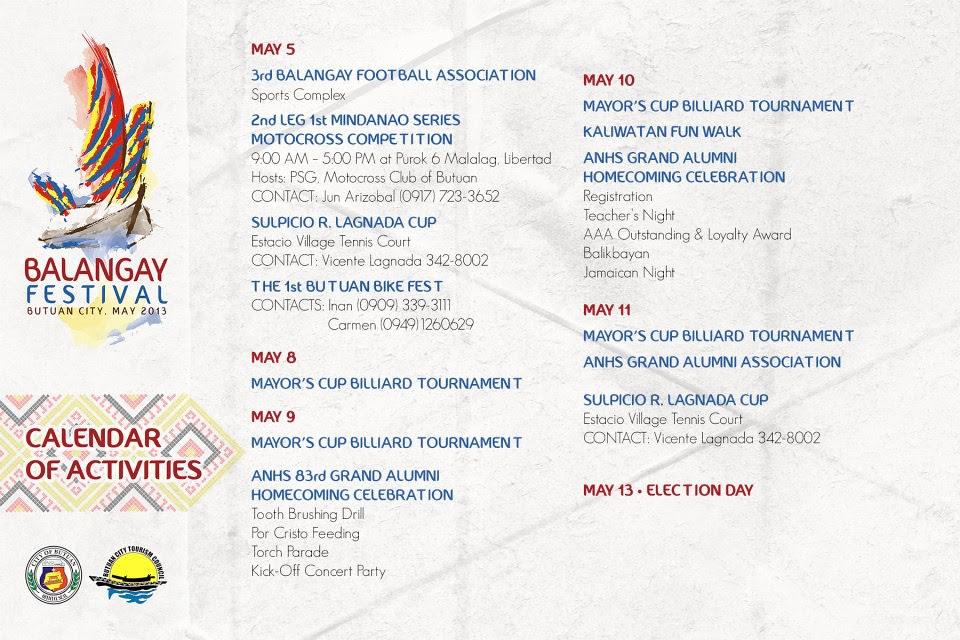 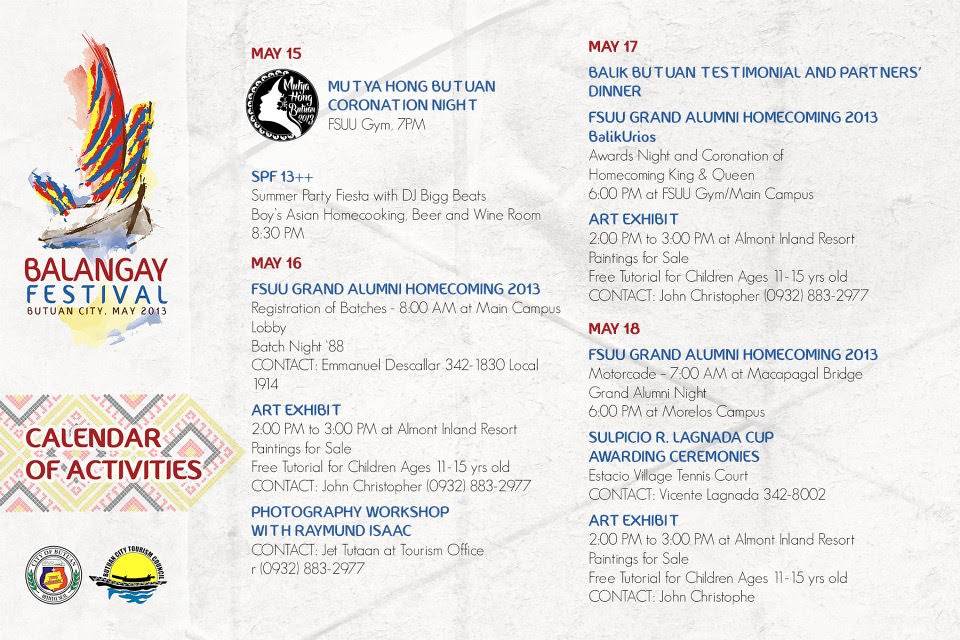 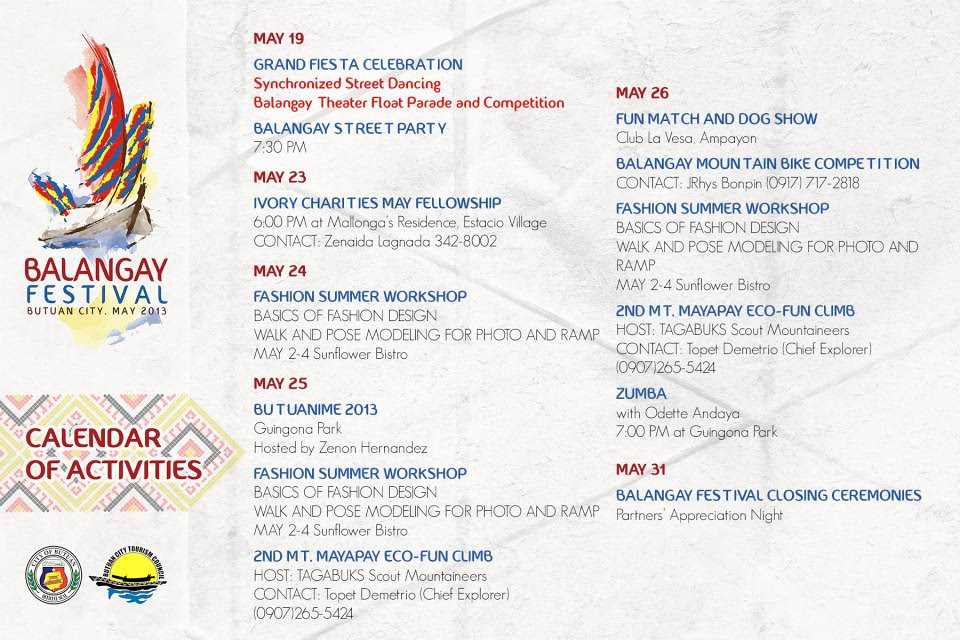