The Province of Romblon is known as the “Marble Capital of the Philippines” and I thought that this kind of rock can only be found in this province. I was proved wrong one Saturday in August 2013 when we traveled to Surigao del Norte to attend a meeting. 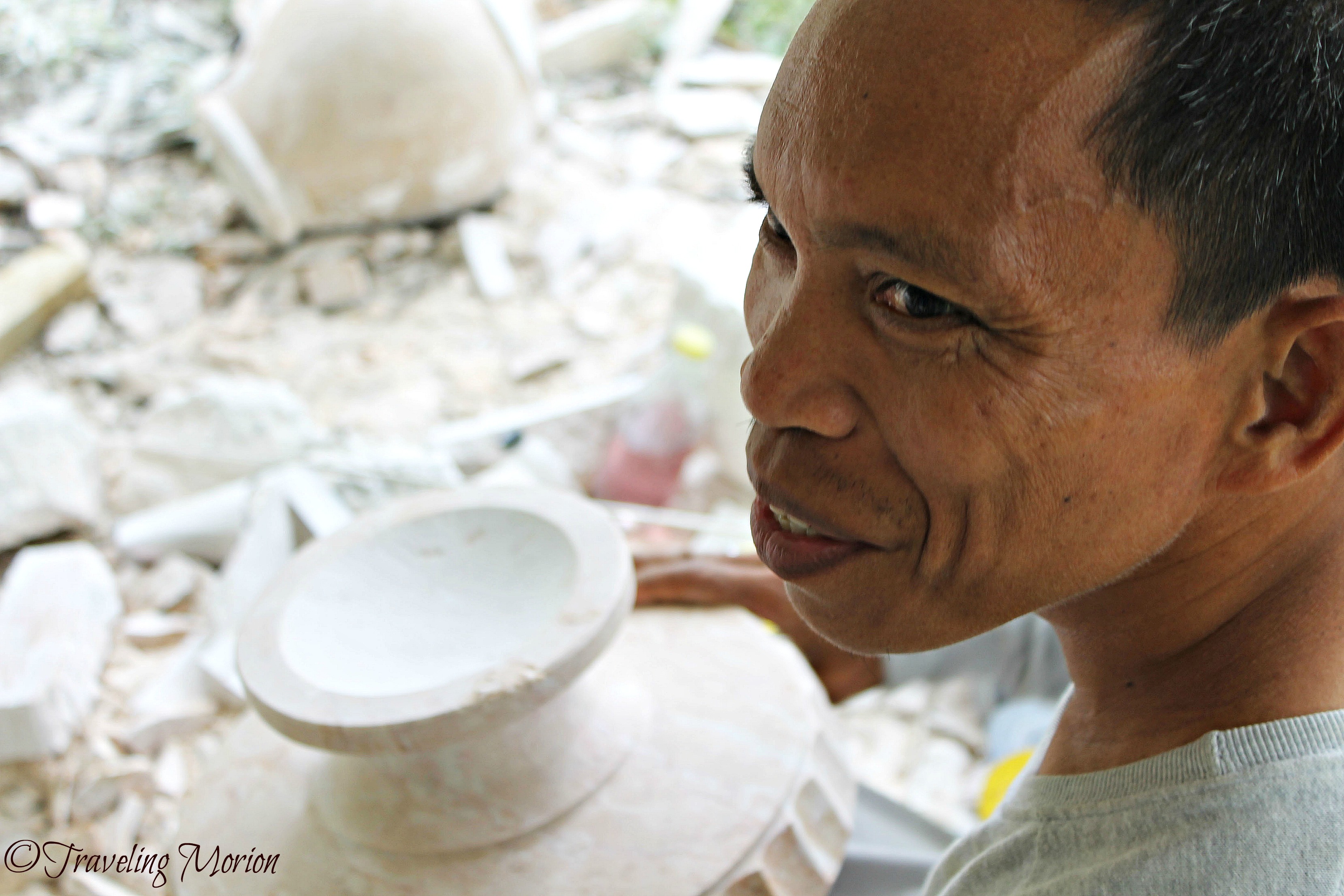 We had a short stop-over at Hilltop Food House in the humble town of Kitcharao to have our lunch. Actually this is my second time in this restaurant coz I love their mouth-watering Pinoy foods. In my humble opinion, I think they serve one of the best Bulalo in town! Oh I forgot to say that their special dish is the adobong “Kasili” or the fresh-water eel harvested from the nearby Mainit Lake. 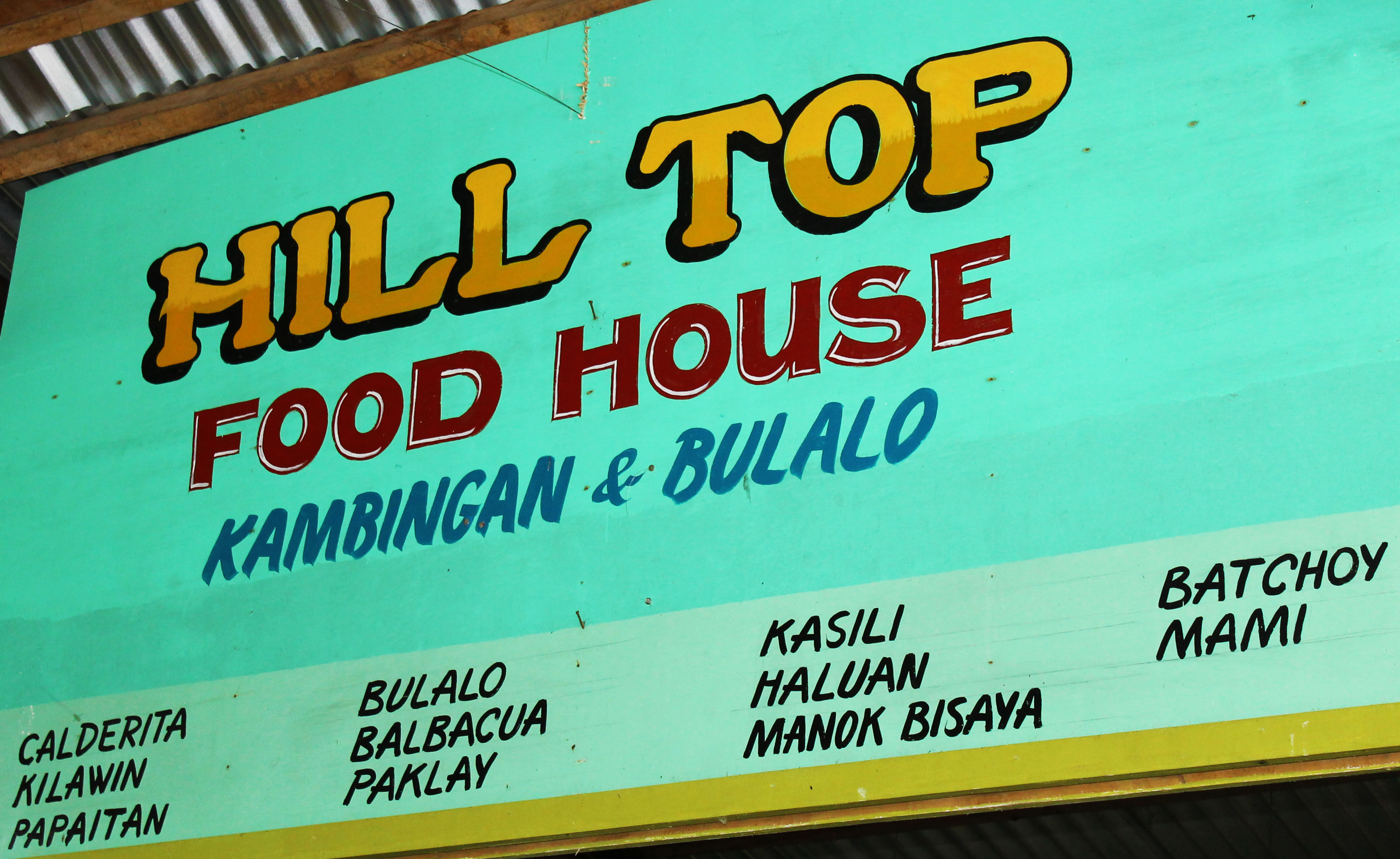 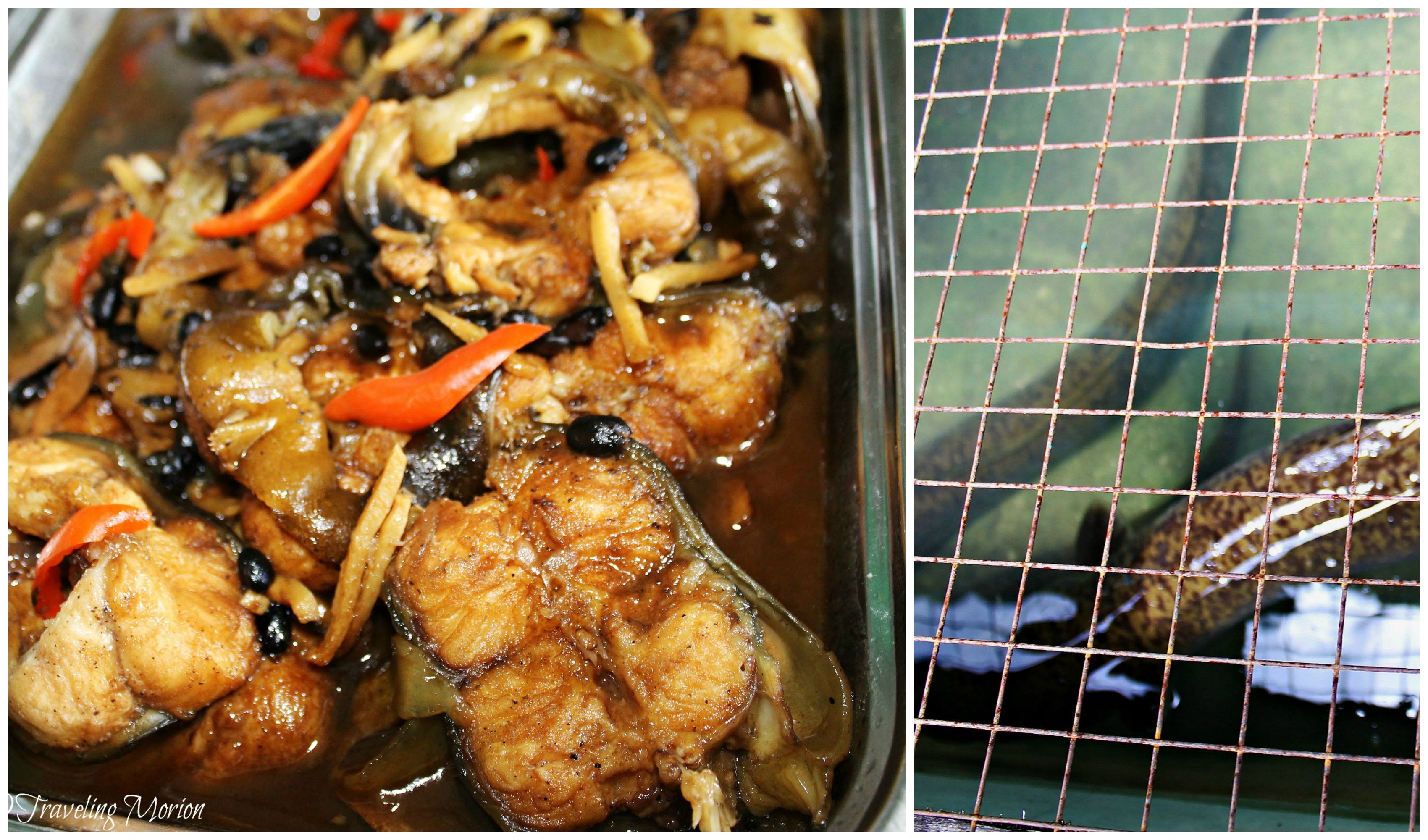 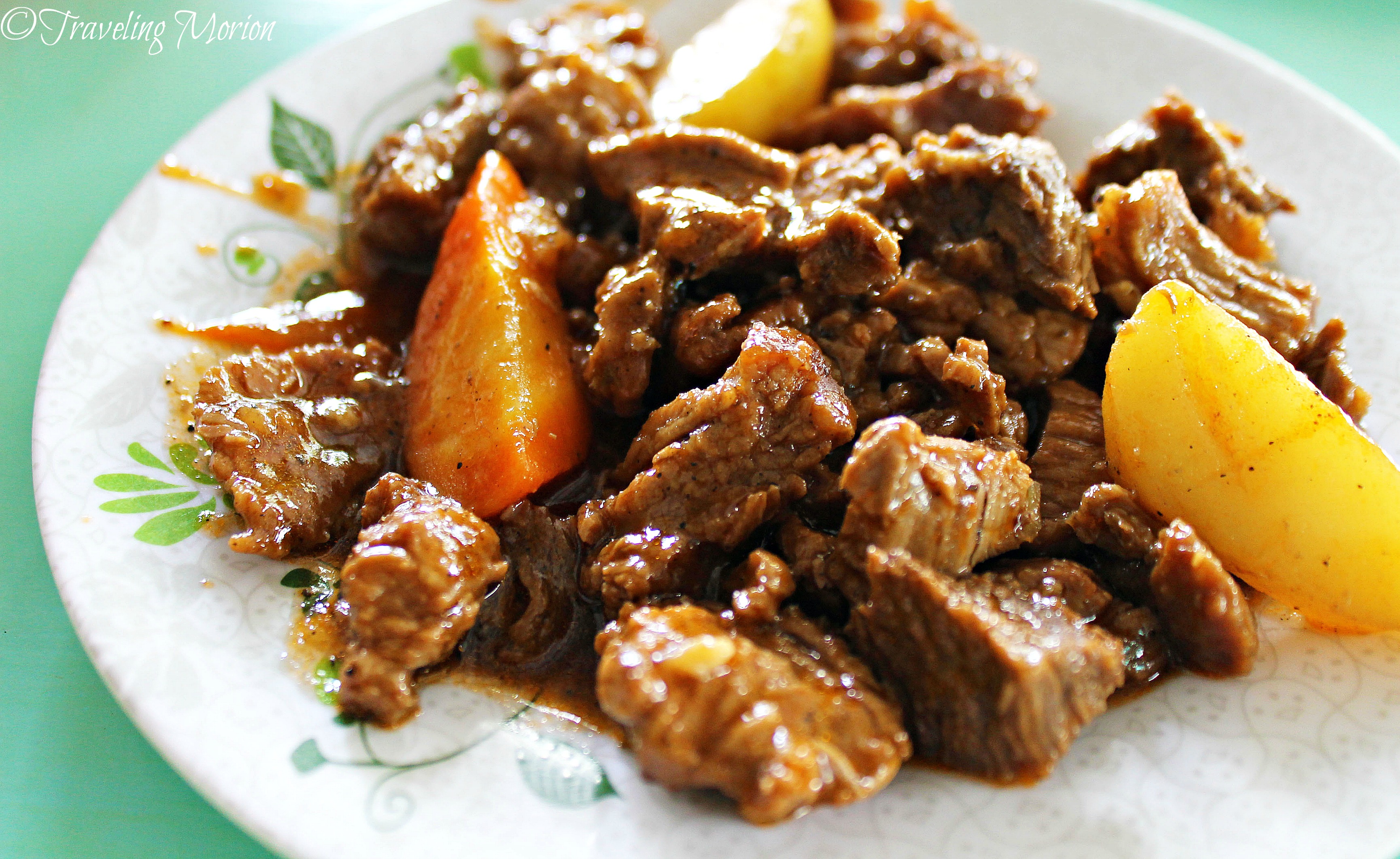 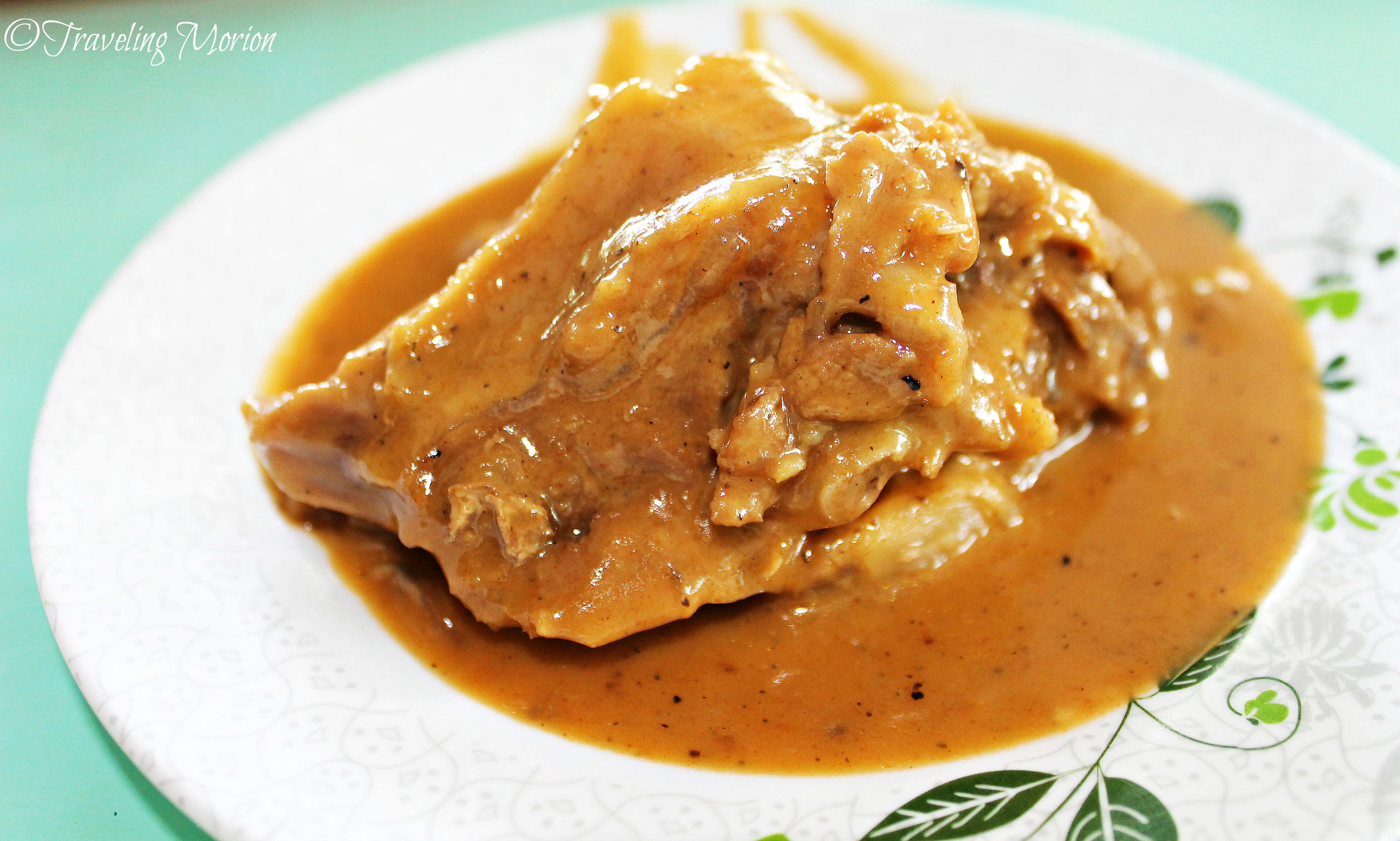 While waiting for our order, my attention was caught by the beautiful marble carvings on display at the restaurant’s entrance. Out of curiosity, I asked the woman in the counter who happens to be the owner, “Ate, ganda ng mga marble display nyo, galing po ba ng Romblon?”

I was surprised when she replied that the statues were actually carved at their backyard and she pointed a pile of rocks- I never thought that these are marbles. “Dito lang, sir, sa likuran kinukuha ang mga bato.” Yeah you read it right; there is marble in Kitcharao, Agusan del Norte! 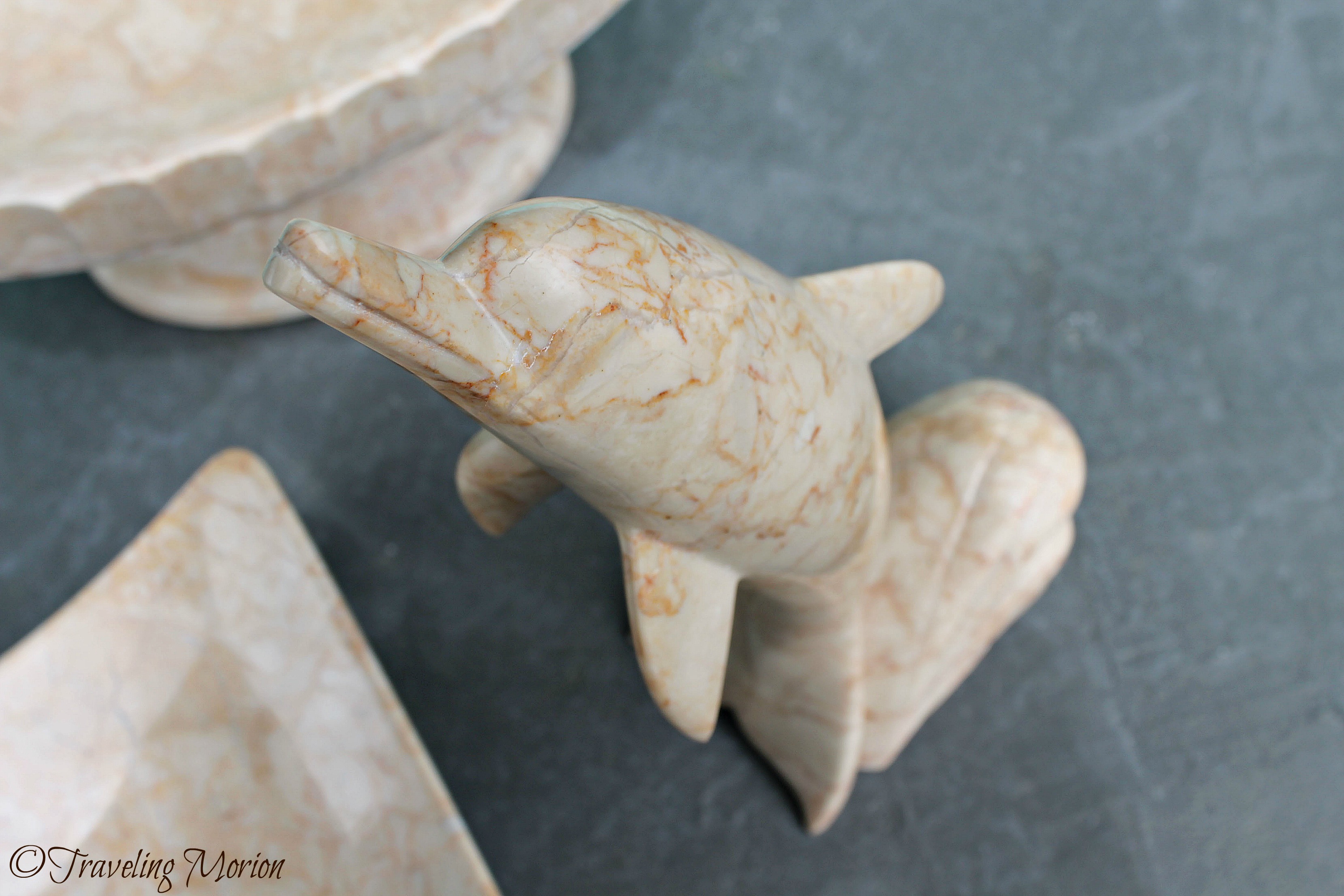 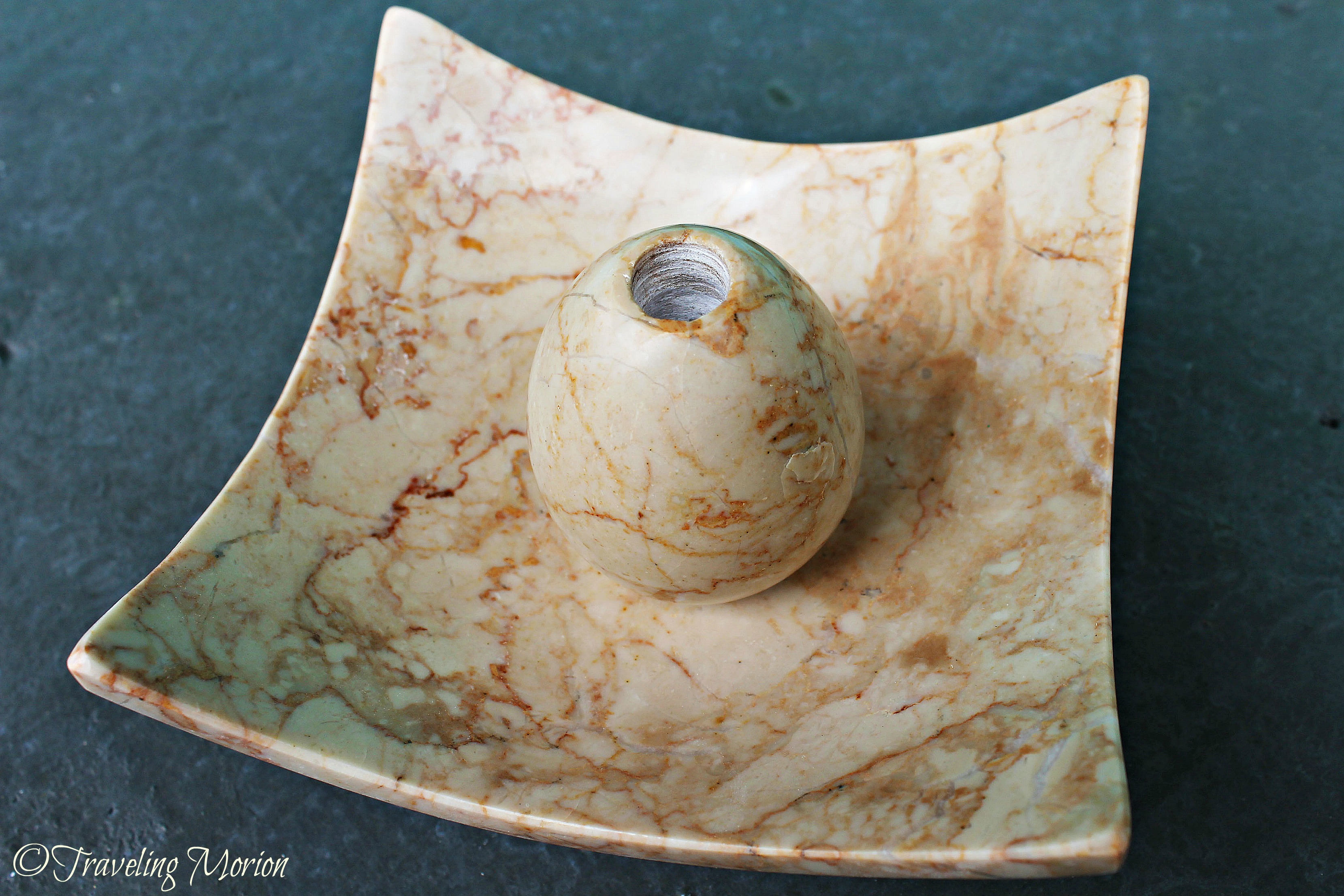 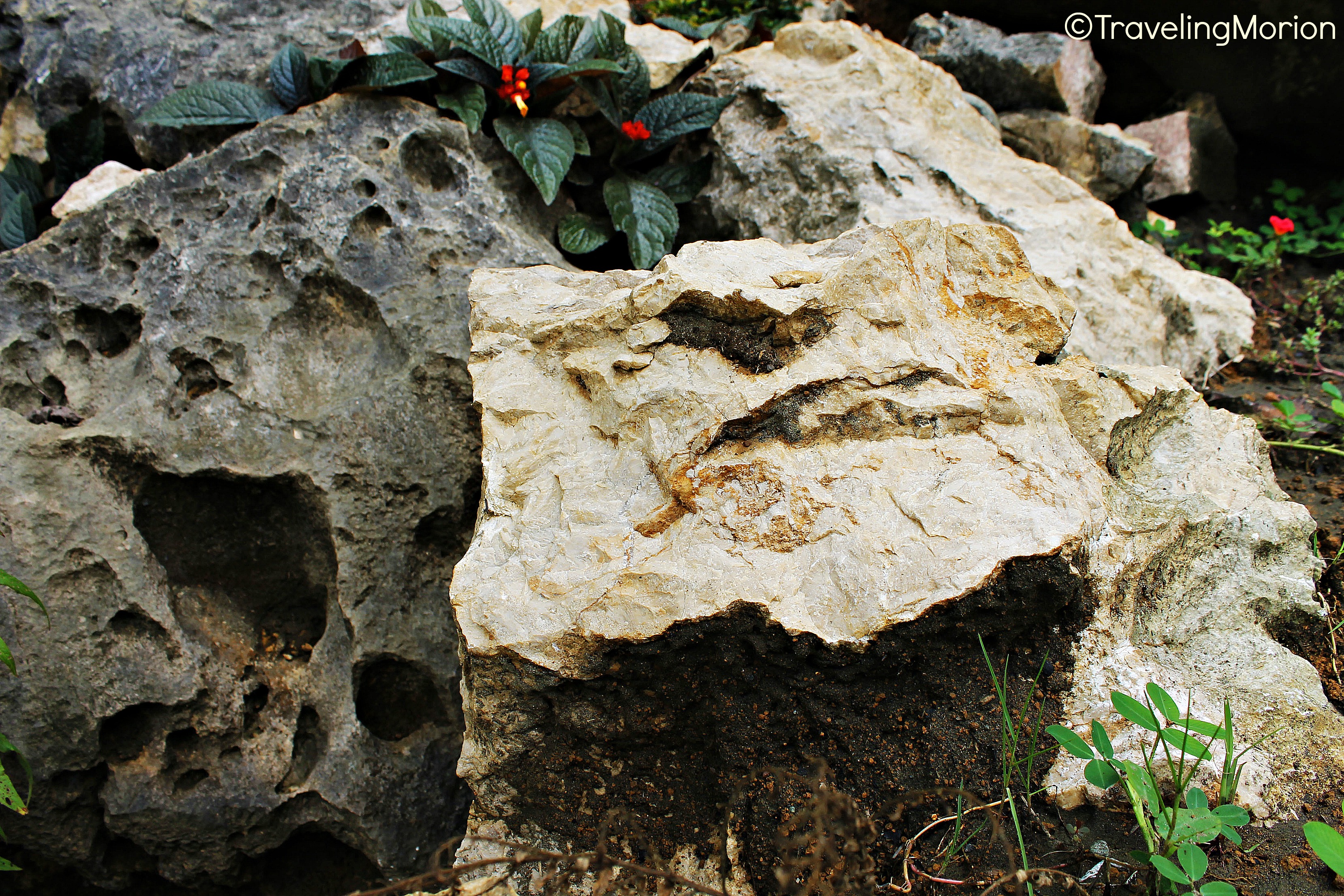 After our lunch, the owner invited us to their small carving shop – a minute walk from the restaurant. Actually the shop and the carving were started just a week ago and they are simply testing the quality of rocks if it’s marketable. Of course, it is! I bought 1 baseball ball replica as a souvenir for only P50. Cheap, isn’t it? I tried to buy the fruit display tray but the owner refused to sell as it is already sold and reserved to one of their restaurant suki. 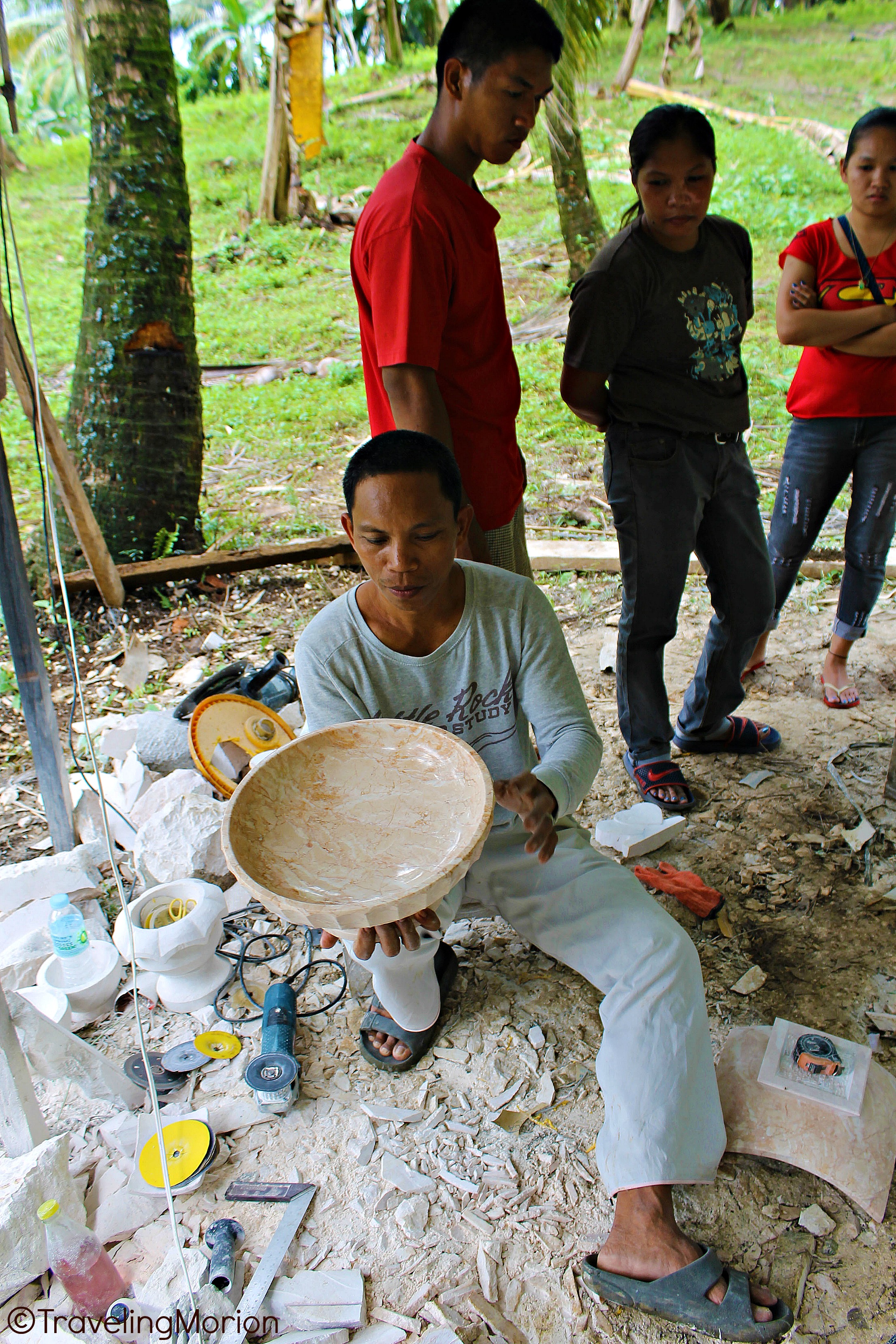 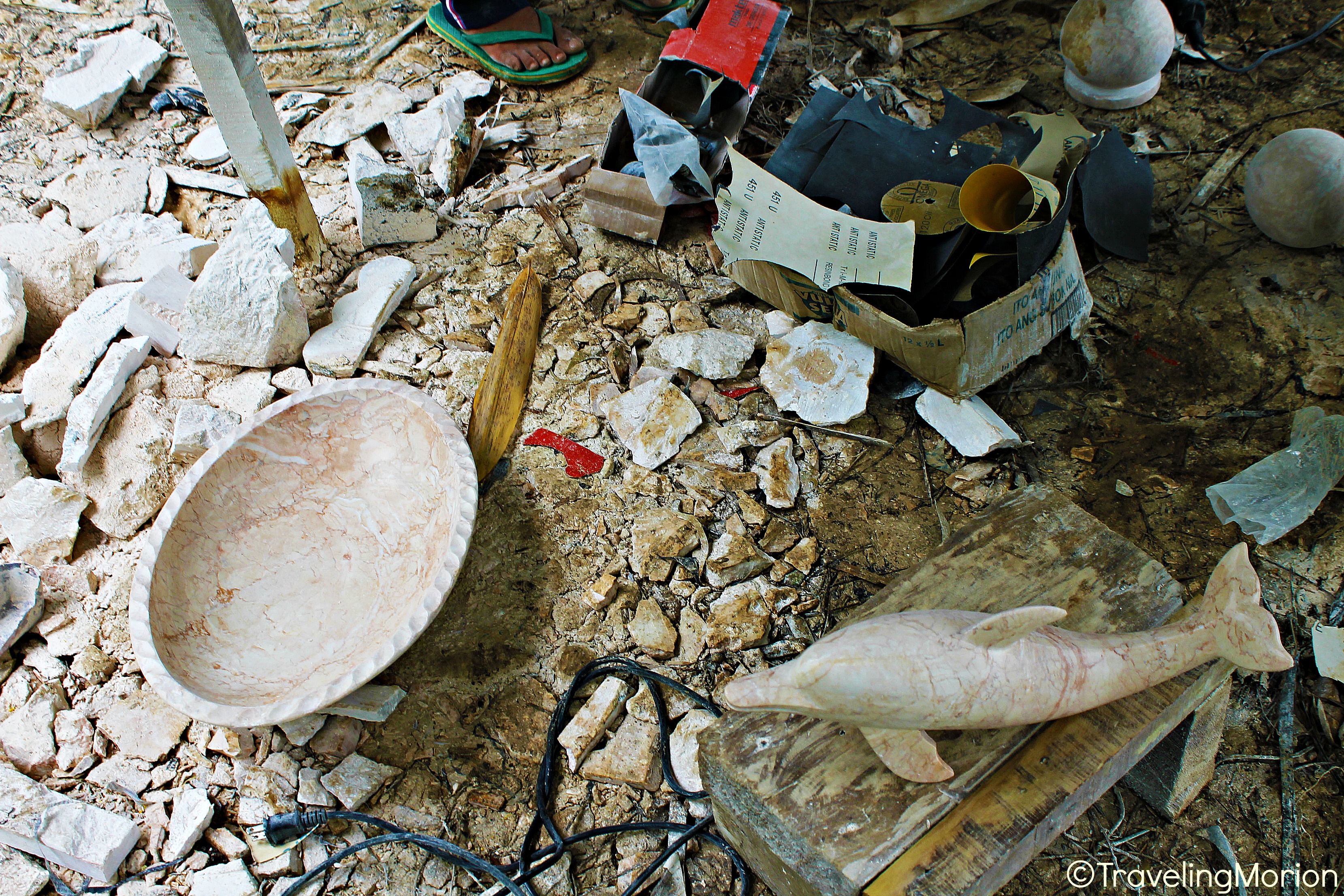 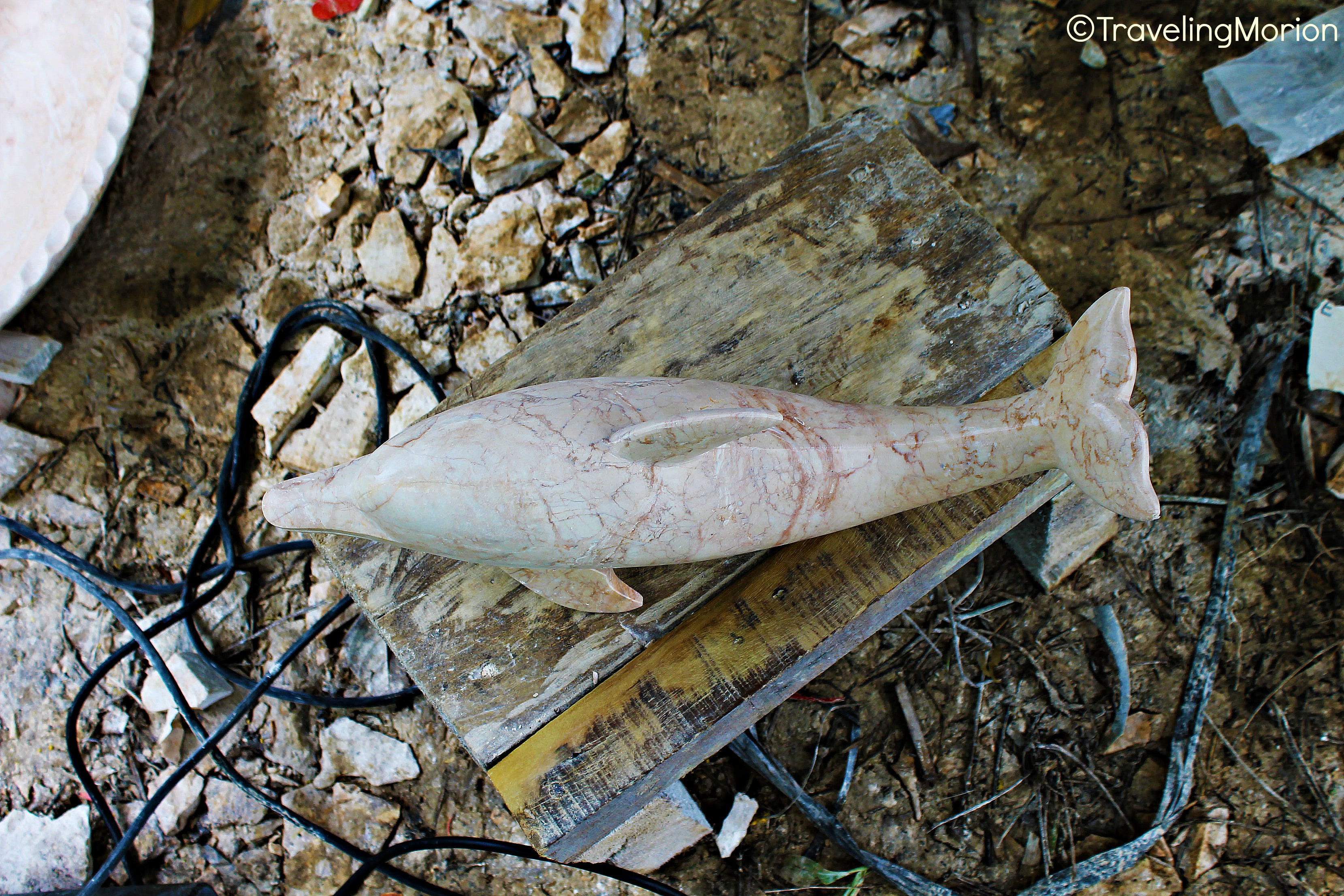 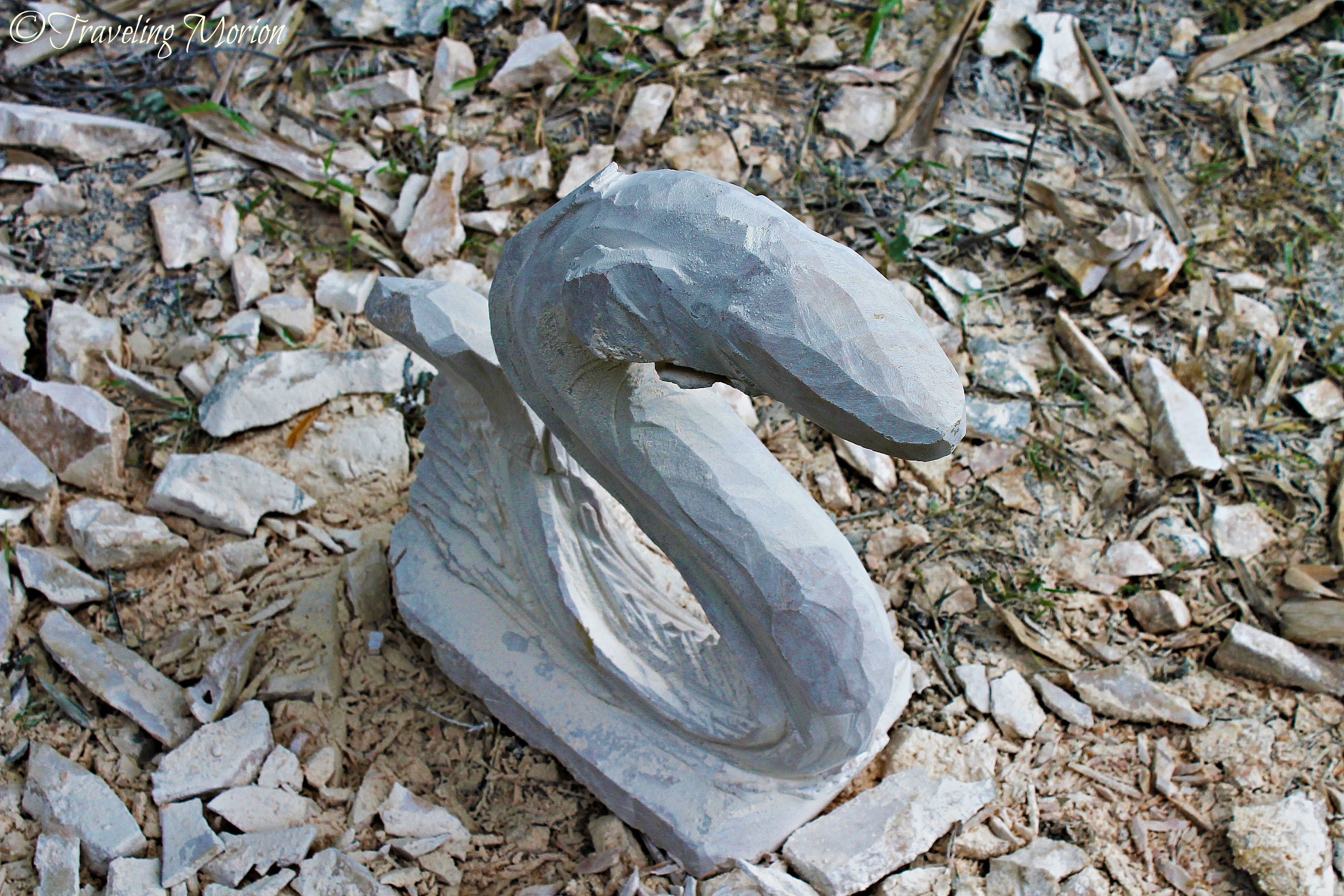 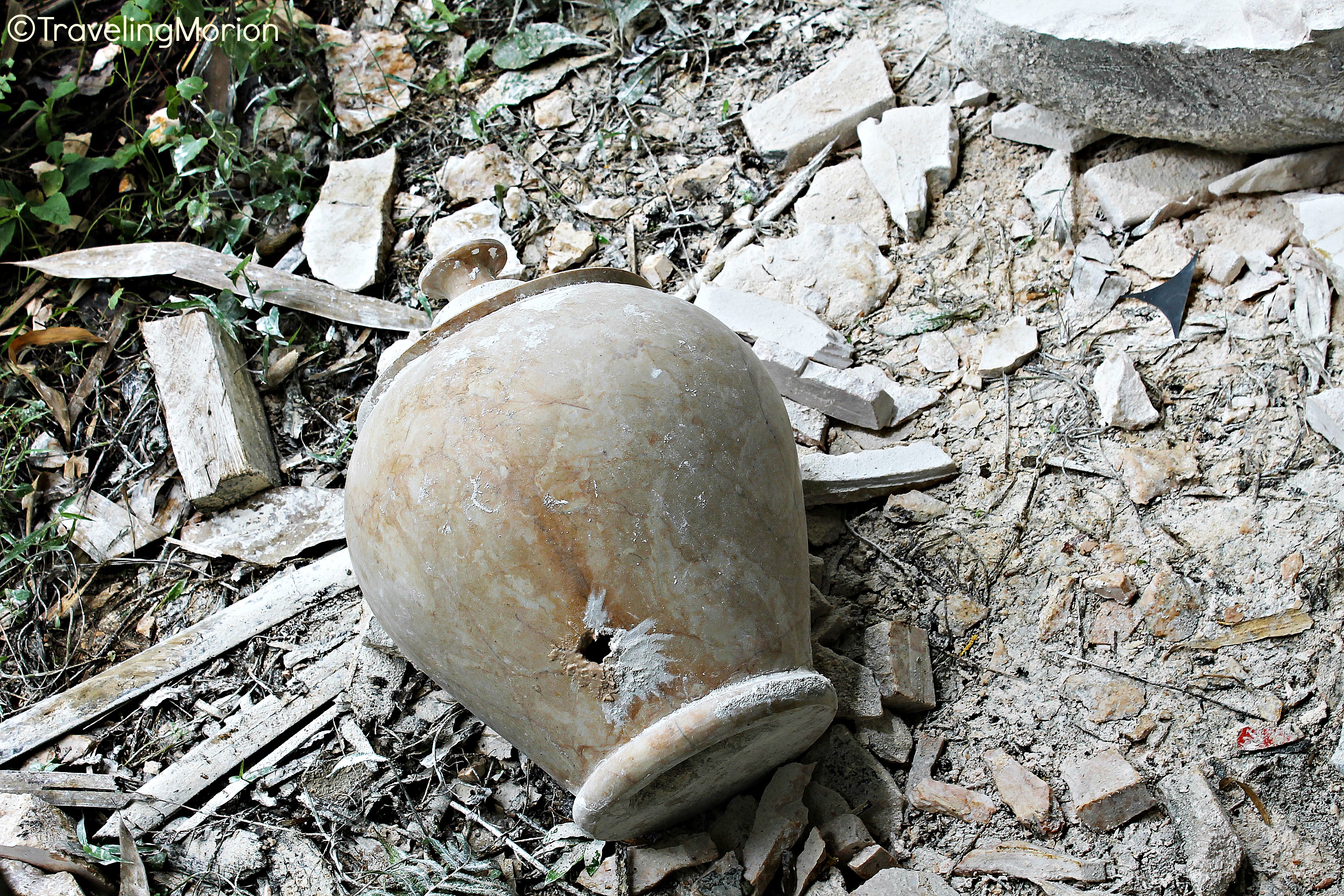 If you want to taste the best Bulalo, kalderetang Baka and Kambing, authentic Kasili dish in CARAGA, and see the newest and promising livelihood in Kitcharao, Agusan del Norte, visit Hilltop Food House. Of course their marble carvings are the best souvenir! You should never miss that.

A Little Background about Kitcharao

My curiosity about Kitcharao was piqued because of those exquisite marble pieces I found at Hilltop Food House. I decided to poke around the web for more information. Here’s what I found.

Kitcharao is a third class municipality set in the boundary between Agusan del Norte and Surigao del Norte. That’s actually the reason why it was the perfect stopover place for our trip to Surigao.

The name was derived from “kit-kit ug isarao”, based on a legend. A long, long time ago, the land was divided into the north and the south, with two powerful kings ruling their respective areas. However, a dispute about hunting territories eventually led to war. King Mangipikan, the ruler of the north, and his men were able to overcome King Busaylan from the south. To celebrate their victory and to drive away their fallen enemies, the King Mangipikan ordered his men to “kit-kit ug isarao” (bite and scatter the plants). With the story handed from one generation to another, the battle cry became shortened to “kitcharao” and became the name of the place.

Of course, as legends go, there might be grain of truth in it – or it may have been pure work of fiction. Who knows? No one has lived long enough to prove the truth behind the story. What is important is that the people embraced the name and are proud of its legendary history.

The Truth about Marble in Kitcharao

It really is not good to judge a book by its cover – or in this case, a municipality by its category. Kitcharao is merely a third class municipality but its lands offer an abundance of marble and various mineral resources. That makes the place quite rich by Mother Nature’s standards! It is in Mt. Kabatuan that the highest number of marble deposits can be found but such rich deposits are also scattered across town and in neighbouring areas.

Still, Kitcharao can be considered a fledging in the marble production industry, with very little mining and development activities being undertaken. Although there are studies as far back as 1997 regarding the feasibility of establishing marble production in Kitcharao, a full-scale program has yet to be seen.

Today, the town is still considered almost purely an agricultural and a fishing community, although several tourist attractions have slowly paved the way to tourism in the area. Judging by the excellent craftsmanship exhibit by the sculptor who created my souvenir from HillTop Food House, it wouldn’t be too long before the marble products of Kitcharao will place it in the map.

I’m certainly going to be one of the people who would help promote this quiet yet beautiful little rich town. If ever responsible marble mining and handicraft production will be established well in the town, this would surely boost tourism in the area. Such could create more jobs for the people plus a big addition to the economy of the place. Who knows? In the near future, Kitcharao may become a first class municipality!

You can also read about my other adventures in Kitcharao in my blog. Travel Notes | A Quickie at Lantawan EcoPark will give you a glimpse of this lush home for surrendered/rescued animals and forest-protected area. Don’t miss this ecopark during a trip to the town.

Also, you can access Lake Mainit from Kitcharao. It’s a great venue for canoeing, kayaking, and ecological tours.

How to Get There

From the town proper of Kitcharao, Hilltop FoodHouse is just a 5-minute tricycle/habal-habal ride. Fare is 8 pesos only.

From Surigao City Integrated Land Transportation Terminal, ride in a bus or van bound to Butuan City. Tell the driver to drop you at HillTop Food House. The restaurant is just along the highway before the Lantawan EcoPark. Travel time is more or less 1 hour. Fare is around P70–80 for the aircon bus but is much cheaper on a non-aircon bus or van.