Observed during the Holy Week, this annual religious festival is quite different from the rest of the festivals in the country. Masks are worn by participants so they would like Roman centurions. These centurions march across the town in search of Longinus, their former comrade who they must now punish for converting to Christianity. 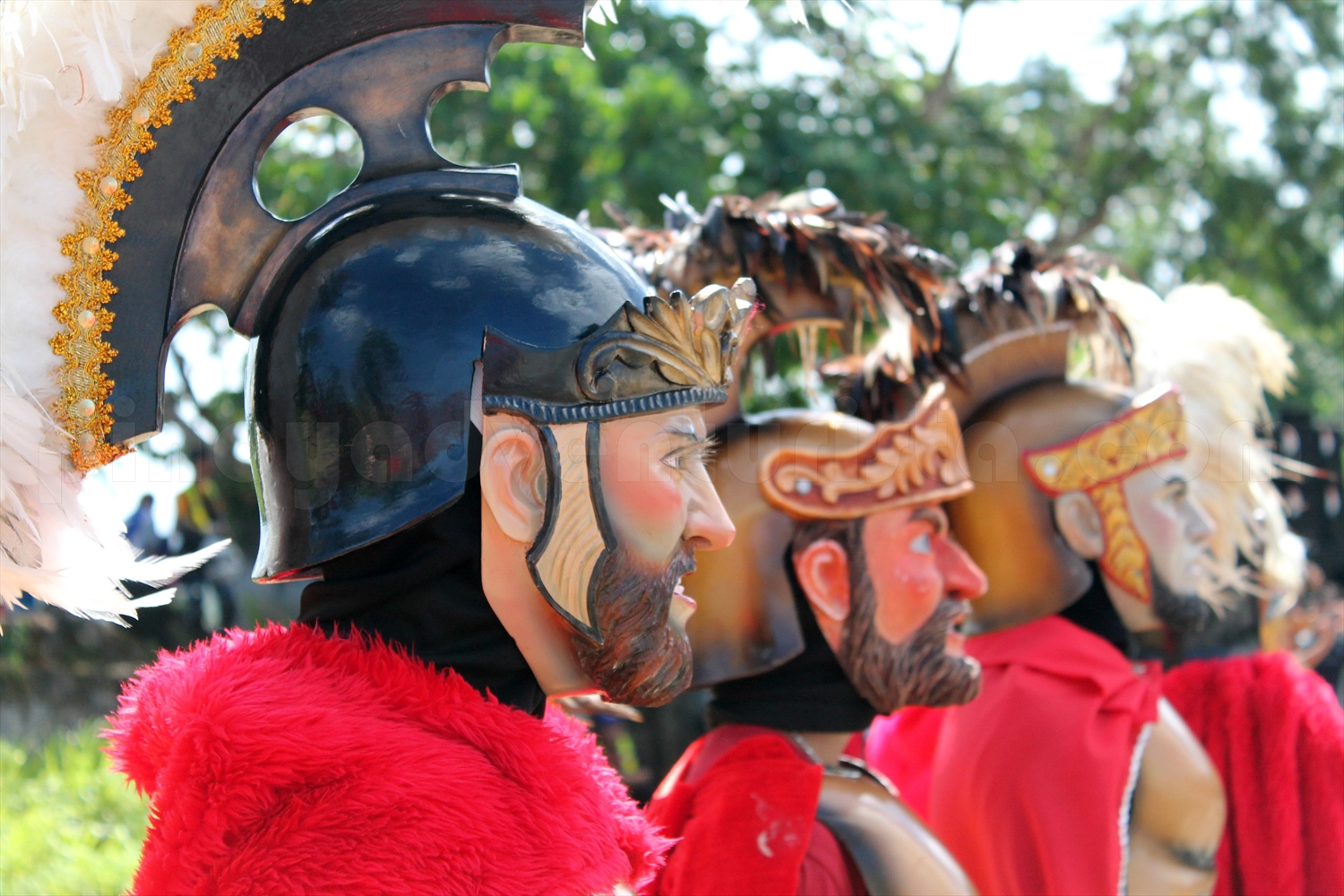 As the legend goes, Longinus was blind on one eye. Now, he was the one who speared Jesus on his side to check if he was already dead. When a drop of blood reached his eyes, his sight was restored – a miracle he attributed to the power of Jesus.

He quickly believed in Jesus and subsequently converted to Christianity, much to the anger of the Roman authorities. It is believed that Longinus was among those who guarded Jesus’ tomb for three days and witnessed his resurrection.

The story of Longinus is highlighted at the end of the festival with a theater presentation entitled, “Pugutan”, referring to his ultimate execution after the other Roman centurions caught him.

As a festival directly linked to the Holy Week celebrations, every year, the Moriones festival officially starts on the Monday of that particular week. This year, this is set at March 30, Holy Monday.

Just as the festival starts on Monday, it ends on Easter Sunday. However, observance of the Palm Sunday is often linked to the Lenten season as well; thus, you could say the celebration starts on March 29. 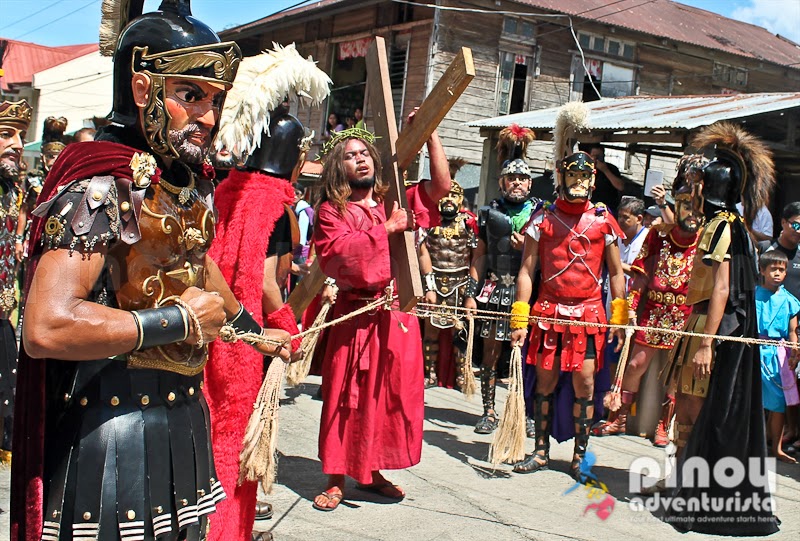 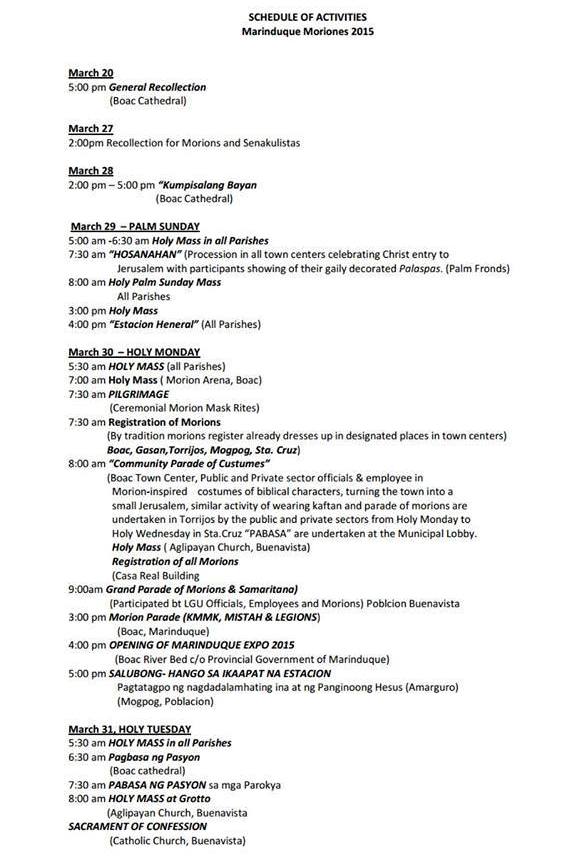 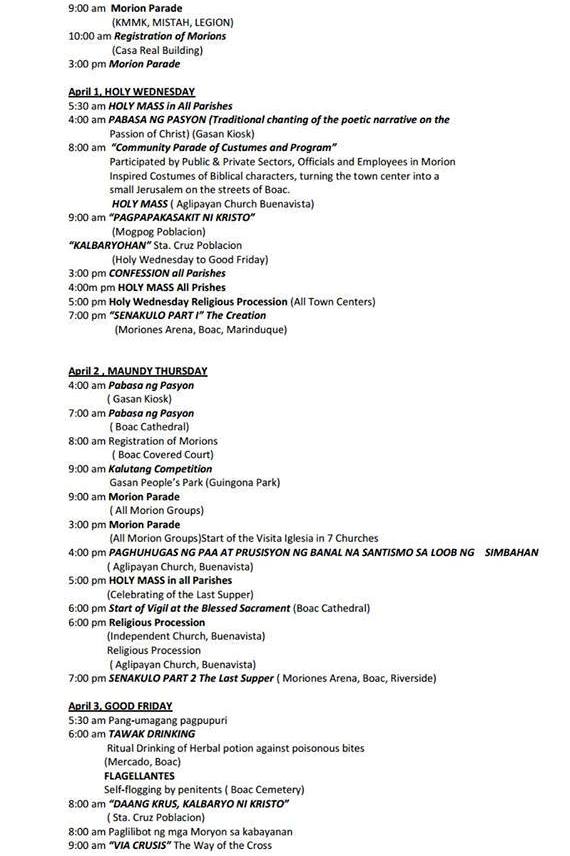 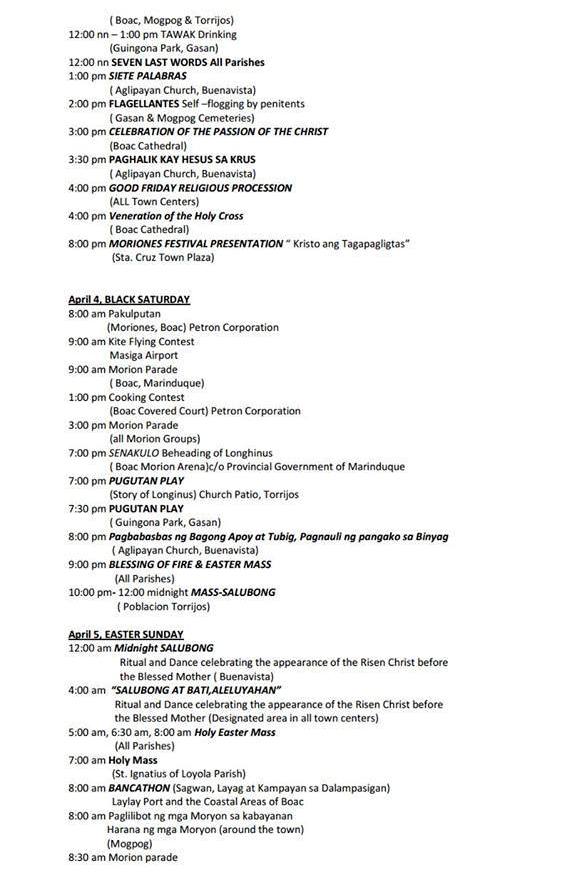 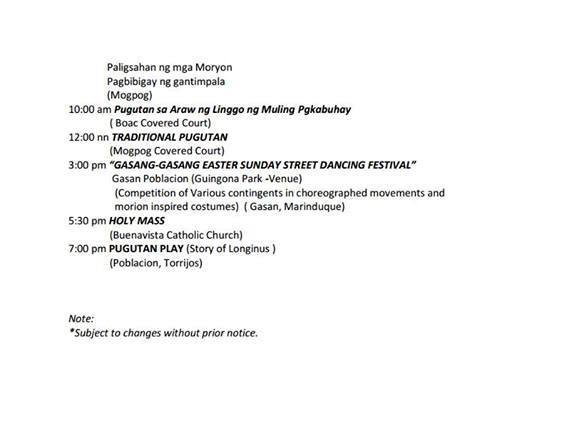 By Land and Sea
By Air