Formally called the Minor Basilica of St. Lorenzo Ruiz or the Our Lady of the Most Holy Rosary Parish, the Binondo Church is set in the District of Binondo in Manila. 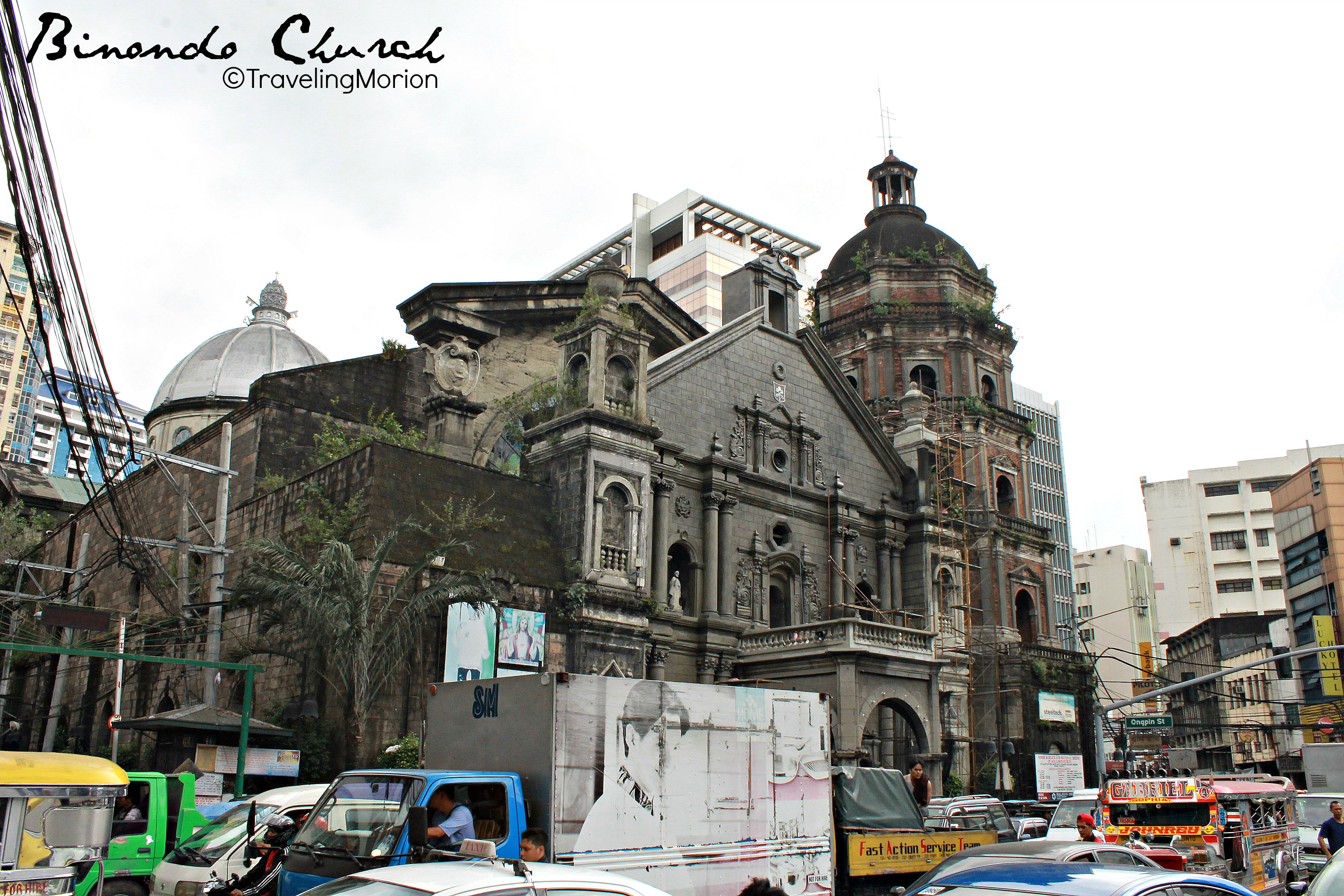 This Roman Catholic Church holds great significance in the religious history of the country because it had been the training ground of San Lorenzo Ruiz, no less than the first Filipino saint who was canonized in 1987. San Lorenzo Ruiz trained in Binondo Church before setting out to Japan to become a missionary. There, he was forced to renounce his religion so his life could be spared but he refused to do so, costing him his life.

Today, a statue of San Lorenzo Ruiz can be found in front of Binondo Church as tribute to the martyr who sacrificed his life because of the religion he wouldn't renounce.

The District of Binondo is home to many Chinese families. In fact, San Lorenzo Ruiz was part Chinese since his dad was one but his mom is a Filipina. When the Spanish arrived in the country and brought the Catholic religion, a number of these Chinese and Filipino families converted to the Christian faith.

To accommodate the growing number of Filipino and Chinese converts, the Binondo Church was founded by Dominican priests in 1596 as a Minor Basilica. It was considered to be among the most beautiful churches of the time, with a top that features a mirador or viewing window. The stunning bell tower is octagonal in shape and stands 5 stories tall. 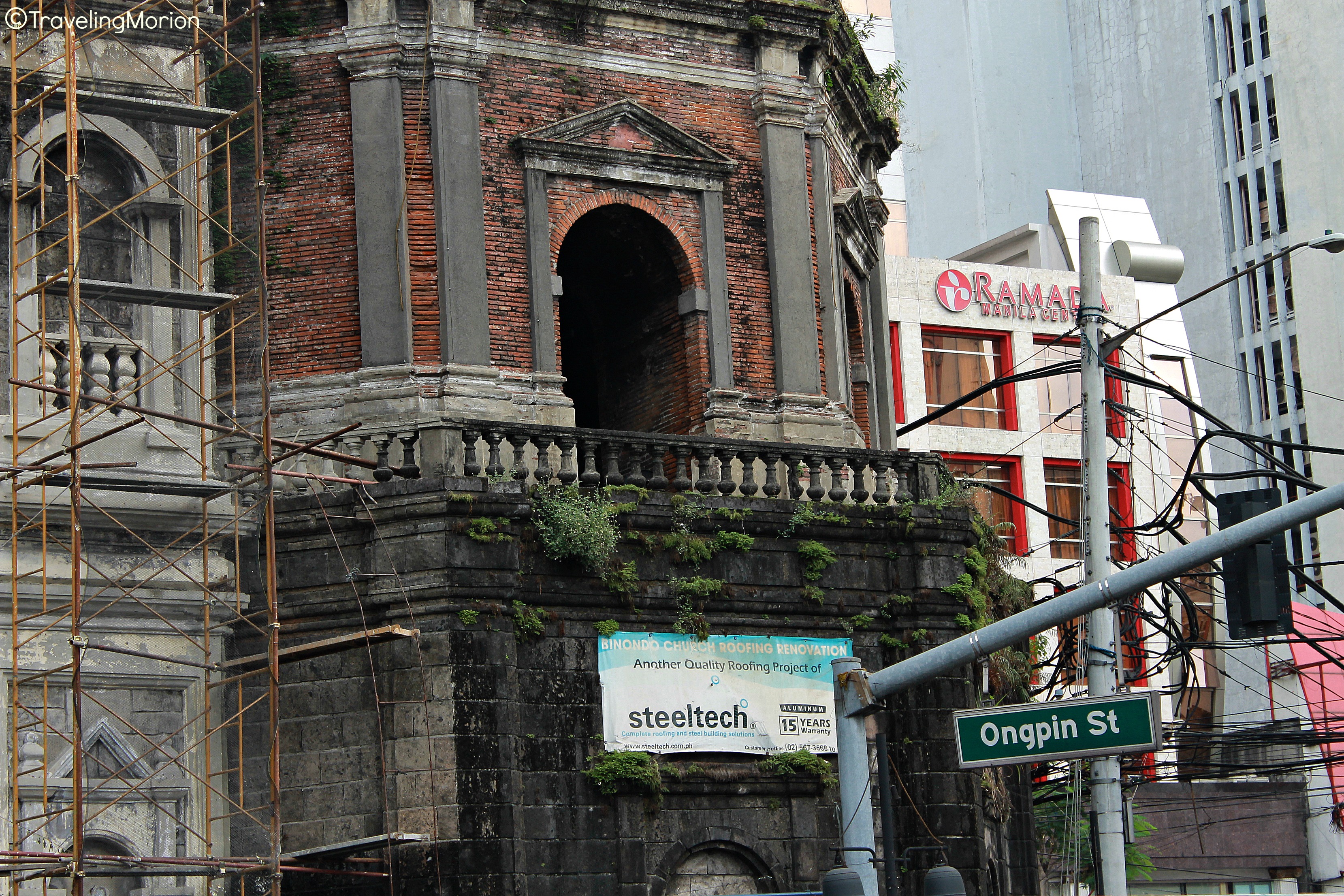 Destroyed by Wars and Natural Disasters

With the country involved in several wars since the Church was built, the structure sustained a lot of damage from artillery. In fact, the original structure sustained heavy damages not just during the wars but also due to natural disasters so that it had to be demolished to the ground.

It was burned to the ground following the British invasion. It was rebuilt soon after, with carpenters struggling to return it to its grandeur. However, in 1863, an earthquake destroyed much of the church’s roof and many of its walls.

The church was rebuilt to the spot where it stands now; however, the current building is not the one built to replace the old, damaged church. When the church was rebuilt, it had sustained new damages from World War II. The damages were so bad that only the octagonal bell tower and the western façade remained standing. Even the archives of the parish were burned. Once again, the church had to be rebuilt but parishioners had to attend mass in a roofless church until the top was restored in the 1950s.

The ceilings are decked with many stunning paintings of saints and various religious scenes. Also, the altar is a loose replica of the altar of the Vatican’s St. Peter's Basilica. The church also underwent major renovations between 1946 and 1971. 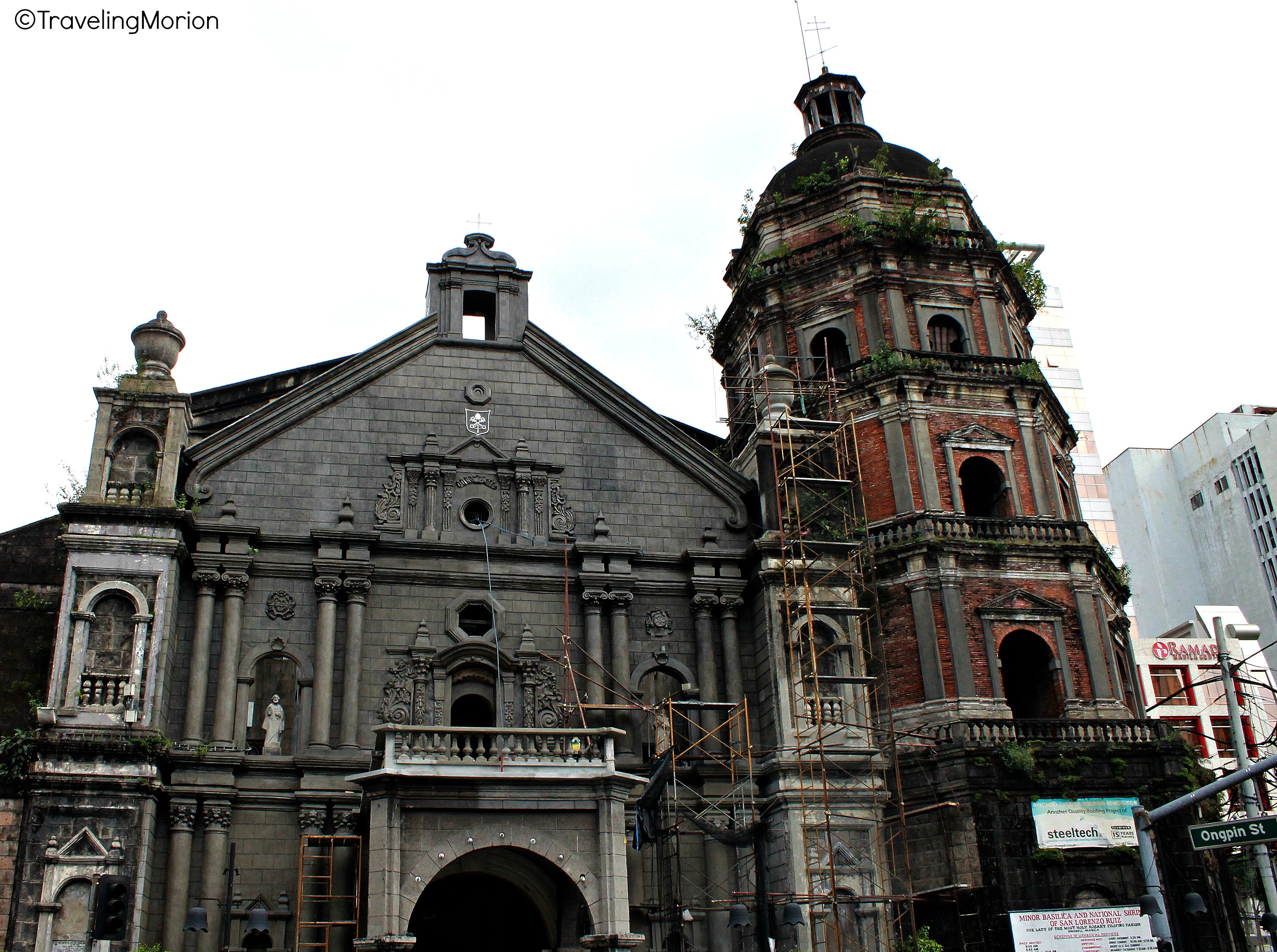 Today, the church stands as a testament of the resilience of the Filipino people. Despite the many wars and natural disasters that the church and its people sustained, they struggled to rebuild the church each time it crumbles to the ground.