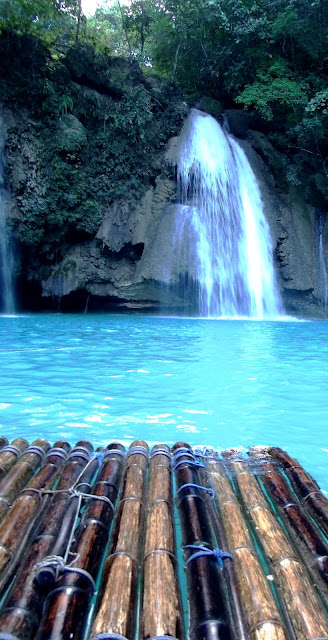 FEBRUARY 25-26,2012| After doing all the necessary extended works on Saturday such as selection interview, consolidation of reports and remittances, I immediately dialed Richard's number (best buddy since college days) to confirm if they (He is with two wandering ladies- Eunice and Zarah) already arrived in Cebu Airport from Manila.

The original trip was planned last month after I posted in my Facebook wall that Mr. Ron Perry invited me to spend my weekend at Virgin Beach Resort of Daanbantayan. In return I am going to feature his resort in this blog. Eunice and Richard wanted to join so they booked airline tickets going to Cebu on that day. Unfortunately, the trip wasn't pushed through due to my bucket list of works/activities and vacation in Manila. Not to disappoint the two plus one as they have already invited Zarah (long time friend ko na pla sa FB jejeje) , I decided to change the supposed to be North Cebu Trip to South Tip of Cebu plus Negros Oriental travel Get-away!

1:30- 4:00pm - travel going to Matutinao, Badian
(fare: P137- aircon Ceres Bus much lesser if ordinary)
4:05- 4:20pm - almost 20 minutes narrow/rocky walk from Eskina Kawasan going to the location of the  first falls
4:30pm -  check-in at the hostel fronting the first falls of Kawasan. I am not going to mention the name of the     hostel since the owner is not accommodating-  1 free towel for the 4 persons and asking us to pay another 150 pesos if we want to have another 3 towels... anyway nevermind:) magsasarong na lang ako... We paid 1200 pesos for the room.
5:00-6:00pm - 15 minutes walk going to the location of the second falls. 15 minutes stop-over at the Batis  and experienced cool, relaxing water massage. 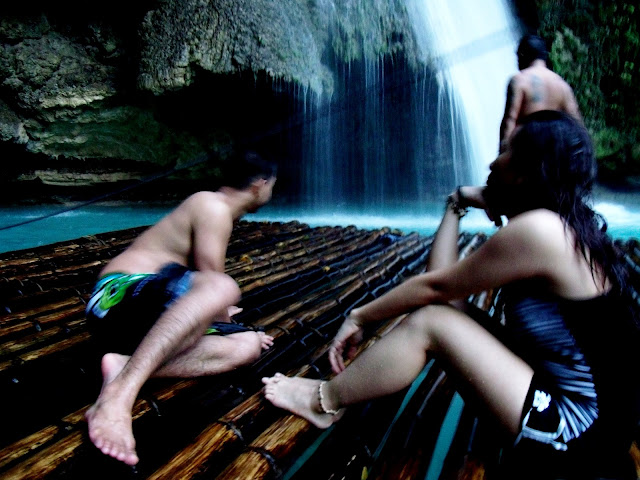 Tan-awan, Oslob, Cebu
5:30am - we leave Kawasan Falls and headed to our next destination... Oslob!
6:30-6:50am- we've got the chance to take photos of nearby shoreline of Matutinao (very close to the highway and Eskina Kawasan)while waiting for the bus going to Bato Bus Terminal of Samboan. 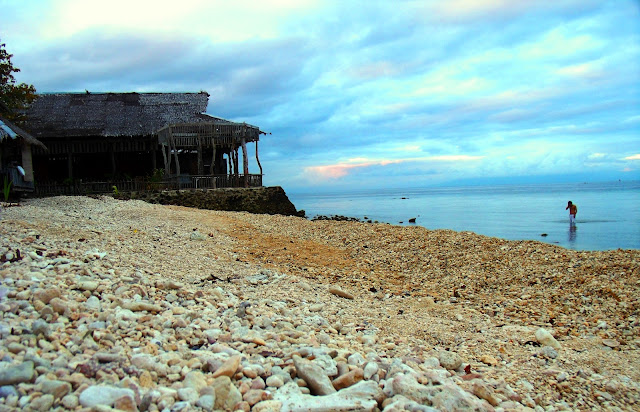 7:00- 7:45am - riding in an ordinary Ceres Bus (50 pesos fare)-passing the beautiful towns of Alegria, Malabuyoc, Ginatilan, and Samboan with sudden glimpse to century-old churches and heritage parks.
8:05am-arrived at Bato Terminal of Samboan and  transferred to another Bus bound to Oslob (20pesos fare)

9:00am- sent text message to Ate Jennifer. Ate Jen is one of our program member in Oslob. Her house is very close (100 meters) to the tourists' park for Butanding /Whale-Shark watching. She confirmed her availability to accompany us. We arrive in Bo. Tan-awan with the warm welcome. We left our backpacks @ Ate Jen's house and start the walk going to the country's newest attraction... 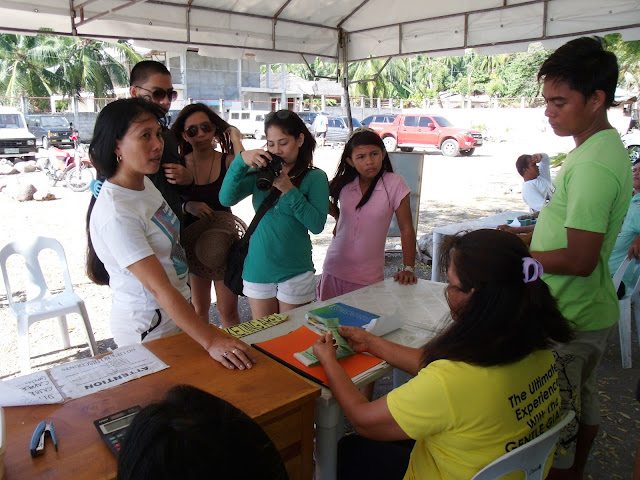 INFO.After several issues were raised- citing abuse/insensitivity of tourists and local fishermen to Whale-Sharks, "10 commandments"  was created to guide the whale watchers and the fishermen about the Do's and Don'ts while watching the Gentle Giants. They are allowing tourists to swim but meters away from Butanding. Three (3) persons(with life vests) in a boat policy was also implemented to secure safety and security of the whale watchers. 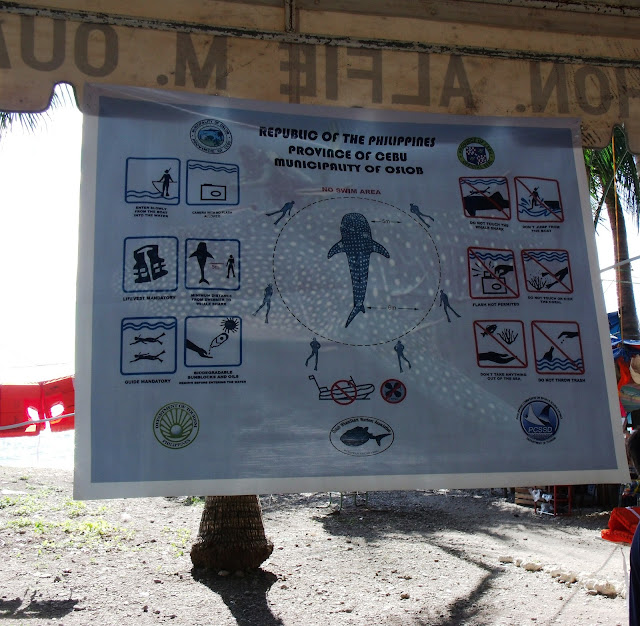 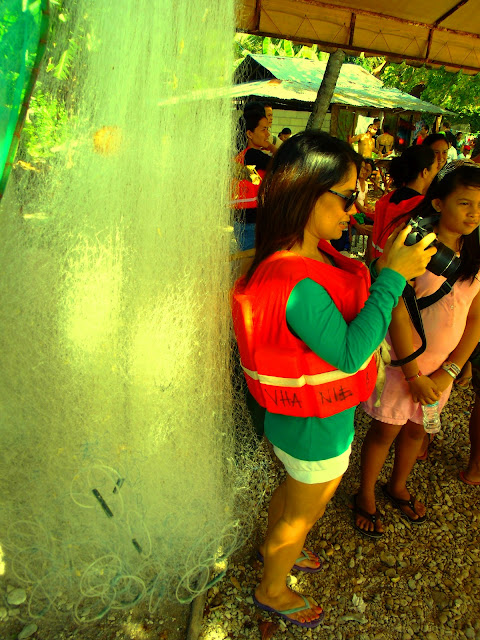 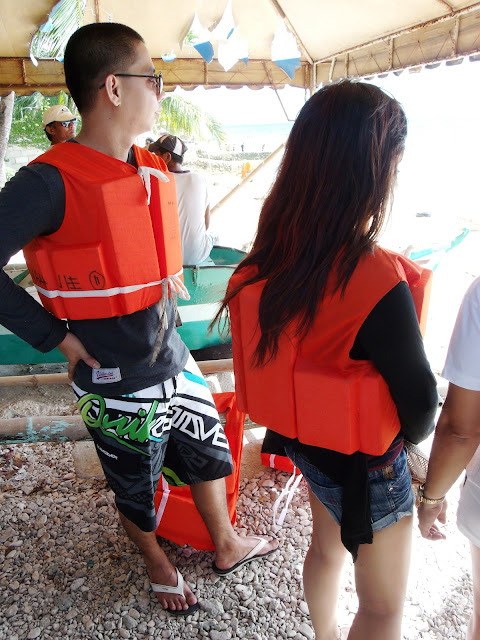 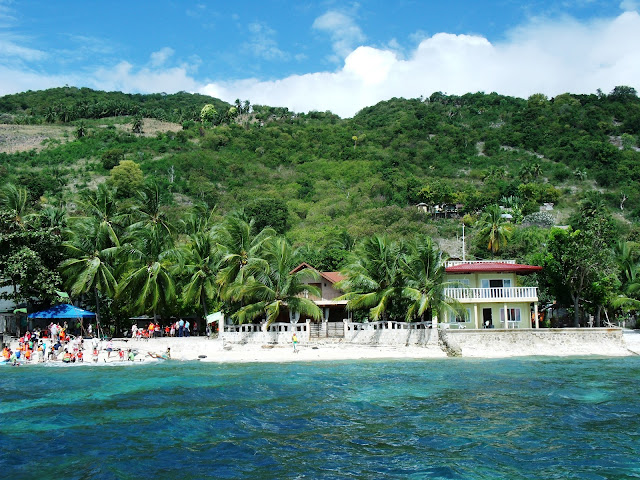 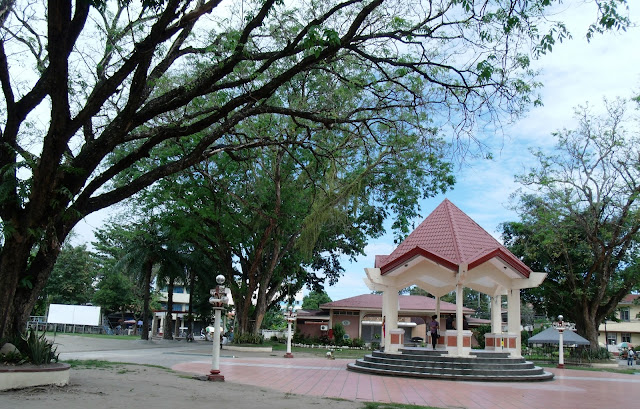 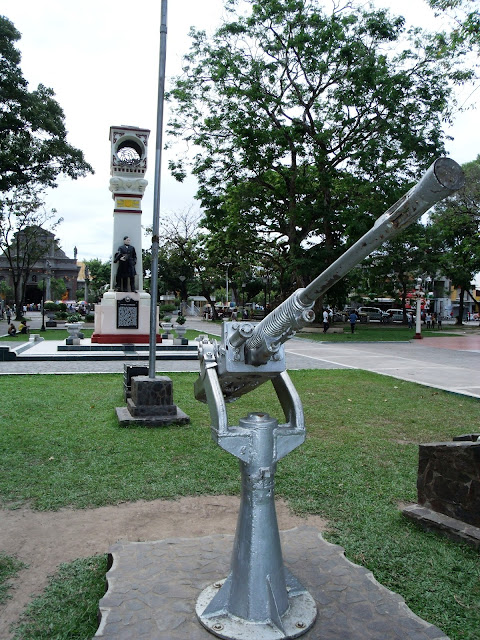 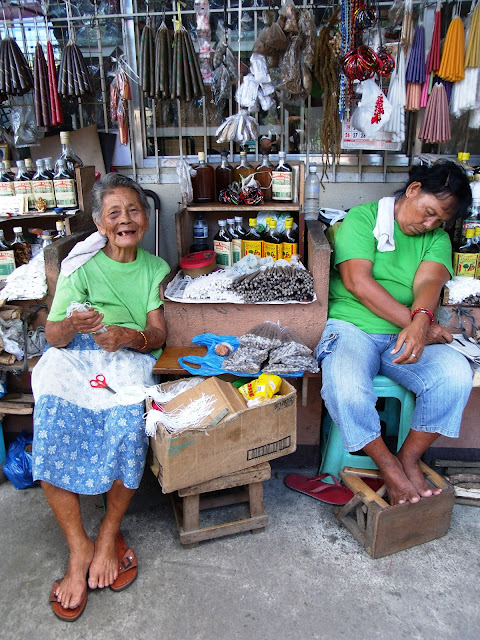 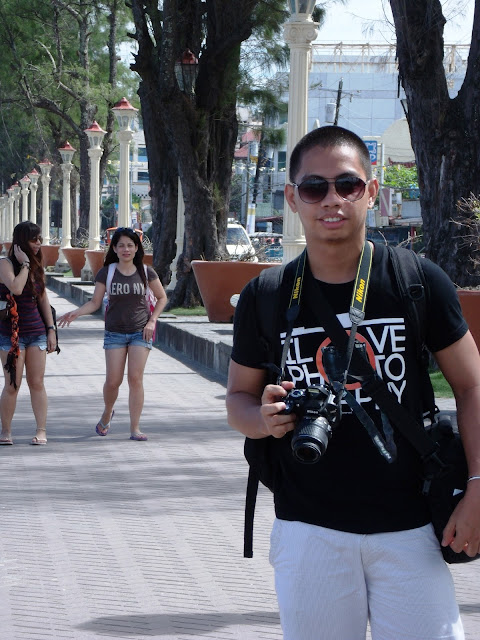 THINKO BEACH
Alcoy, Cebu
6:30pm-Arrived @ Thinko Beach of Alcoy. Since I need to go back to Toledo City in the afternoon for the following day's work, I just stayed for a while in Thinko Beach to secure my three travel buddies' accommodation. They choose cottage with one private room at Voda Krasher. The cottage was built at the top of the giant rock fronting the white sand beach of Thinko. Cool! 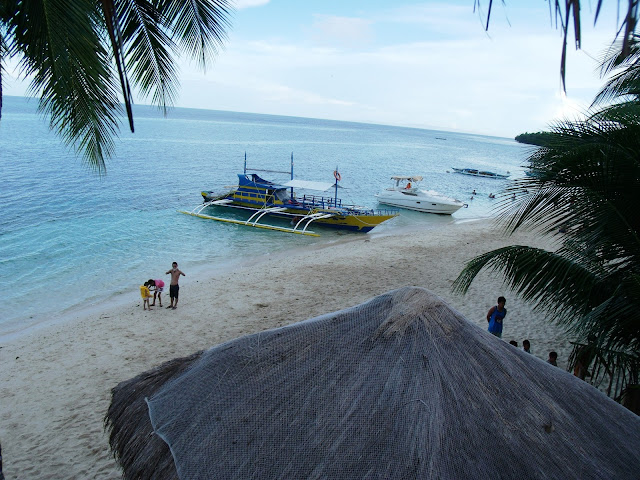 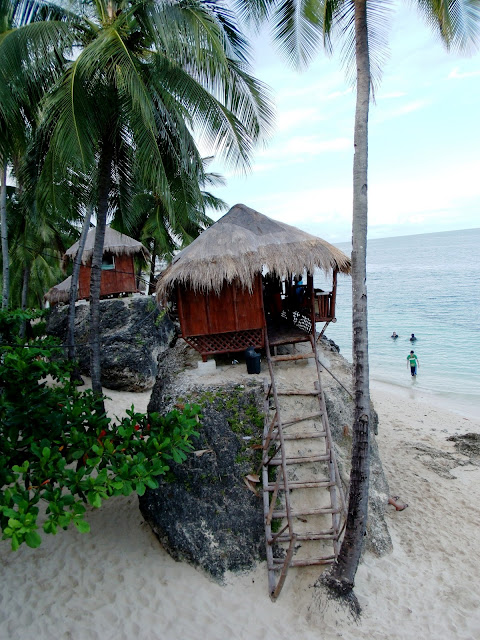 We headed to neighboring town of Alcoy(Dalaguete) after securing somewhere to stay- for our dinner at Maria's restaurant.
Shrimp in Chinese Mushroom (P85)
Beef in Vegetables (85)
Visayan Bagnet (55)
and cups of rice ...
After an hour of dinner, I rode in a Ceres bus going back to Toledo City while the three hired a tricycle going back to Thinko Beach.
The following day will be their flight back to Manila...