Travel notes and memoirs of my stopover in the bustling cosmopolitan city of Singapore (in August 2010). 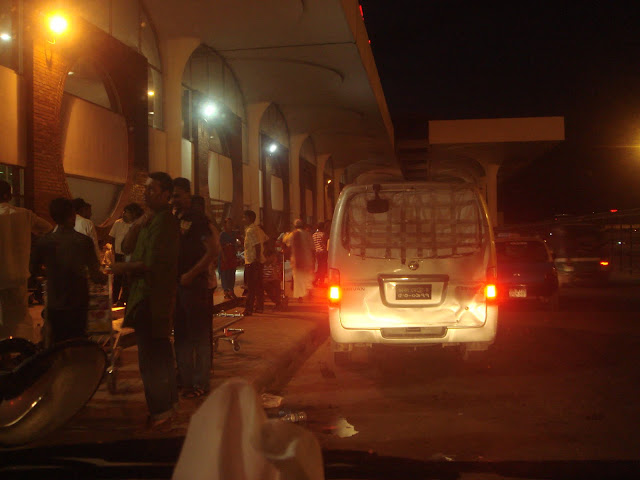 Thanks to "a.k.a Paulito" for driving us going to the airport... 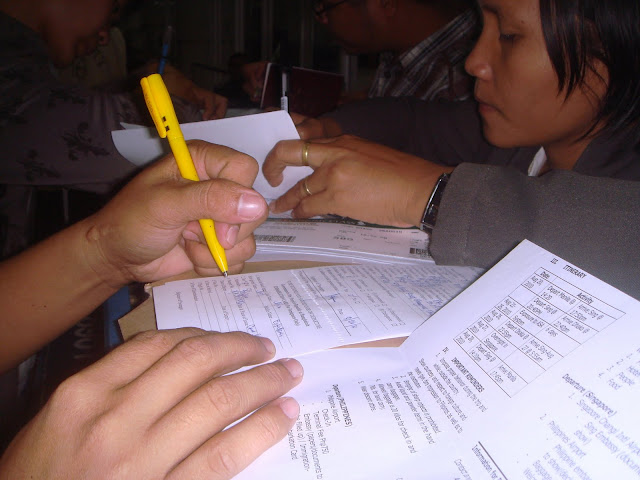 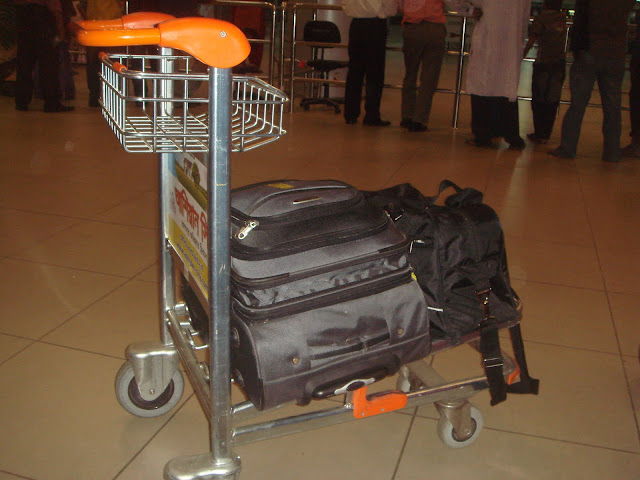 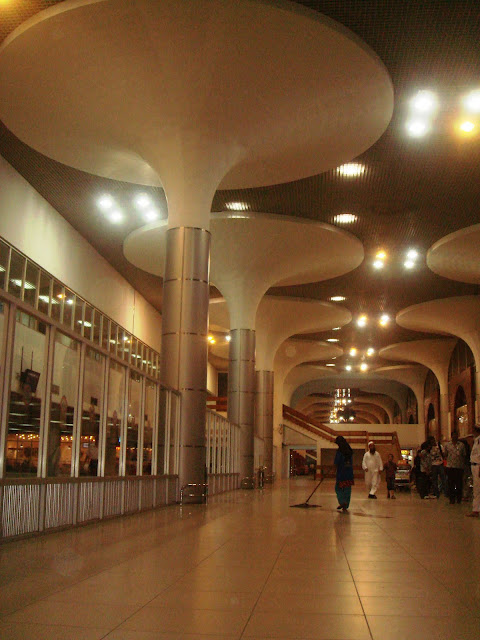 11:00 PM : Boarded in Singapore Airlines! My assigned seat is 39K- away from Larry,Joel, Ate Lucy, Ate Virgie and Jed. I enjoyed watching the THE LAST AIRBENDER- courtesy of krisworld. 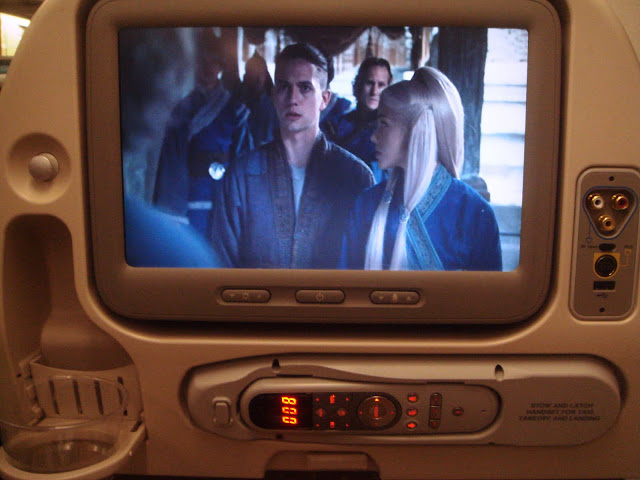 April 27, 2010
5:00 AM : We arrive in Changi-Singapore International Airport after the four-hour travel (Bangladesh is 2 hours ahead of time to Singapore)
5:20 AM : Boarded in a tourist van after claiming baggage and passing the "no hassle immigration interview" :)
7:00 AM : We checked- in at Royal Queens Hotel . I'm in room 1128 with Larry. 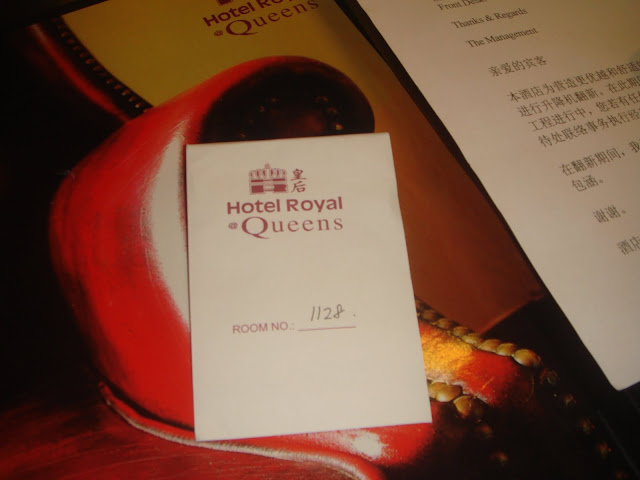 And then a sumptuous first time breakfast in Singapore and took a nap until 11:30 am... 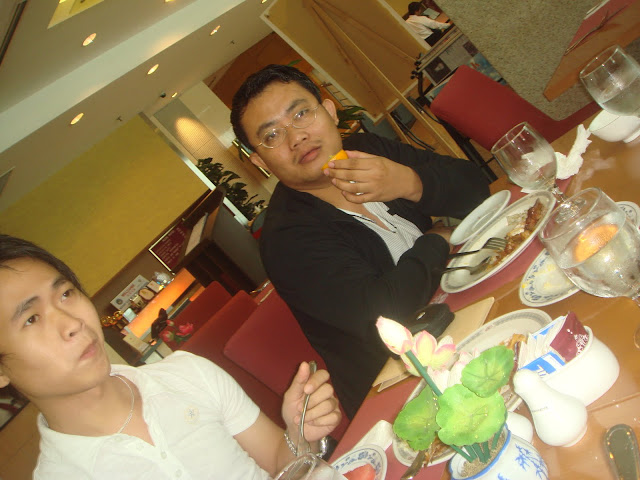 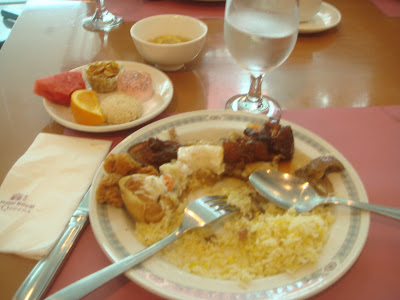 1:00 PM : We're waiting for our coaster for Sentosa Island tour! 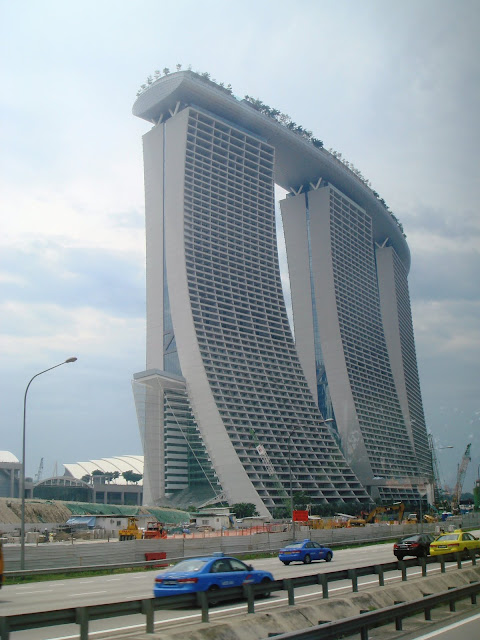 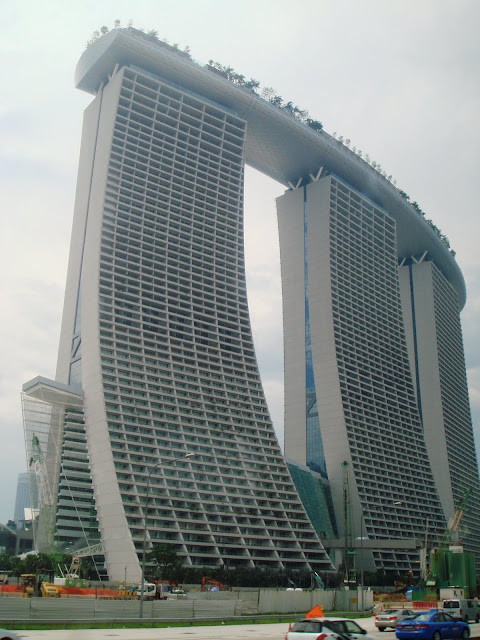 Passing in the famous "Marina Bay Sands Hotel"  while on our way to Sentosa Island. 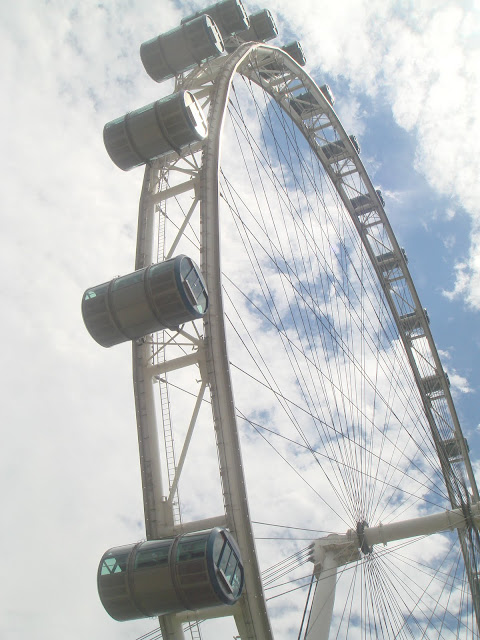 A short stop-over at Singapore Flyer area while waiting on the bus that will take us to Sentosa Island. 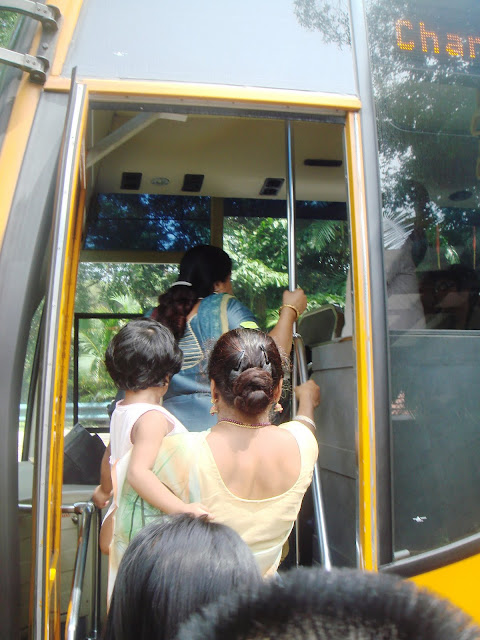 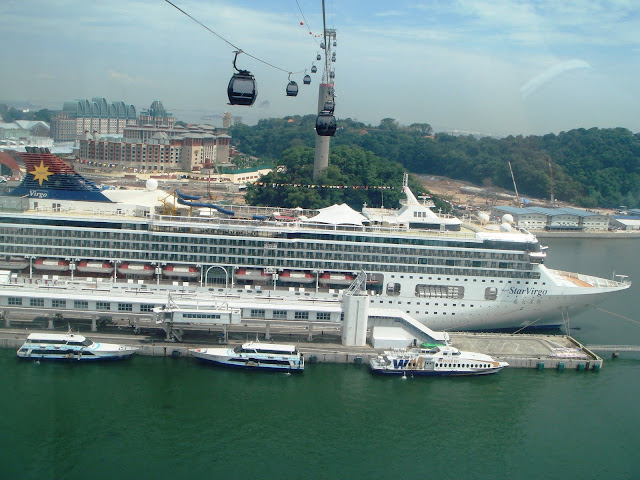 "A former fishing village turned British military base, Sentosa was transformed into an idyllic island resort in 1972 for the enjoyment and recreation of everyone. To describe Sentosa as merely one thing or another would do no justice to the multiple facets of this island jewel half a kilometre south of Singapore. Afterall, it is the variety and versatility that make Sentosa (meaning peace and tranquillity) different and special for millions of visitors from all around the world. And unlike any other vacation destination, you are right on the fringe of the city's buzz, which is just minutes away by cable car, ferry or via a 710-metre road link." wiki 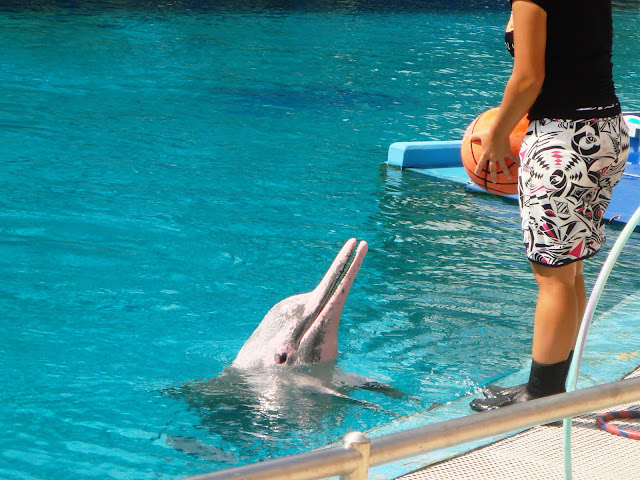 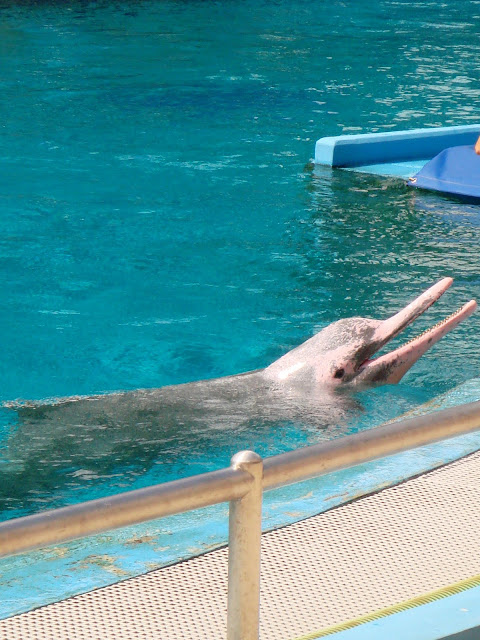 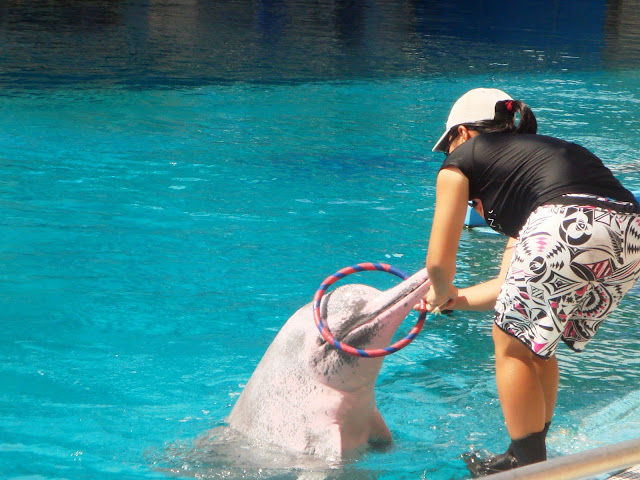 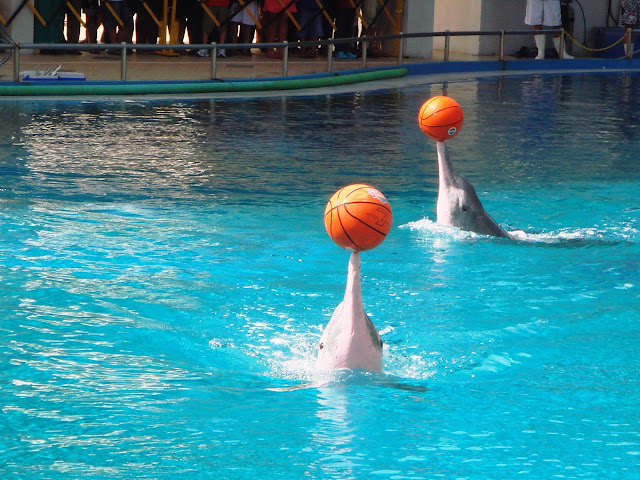 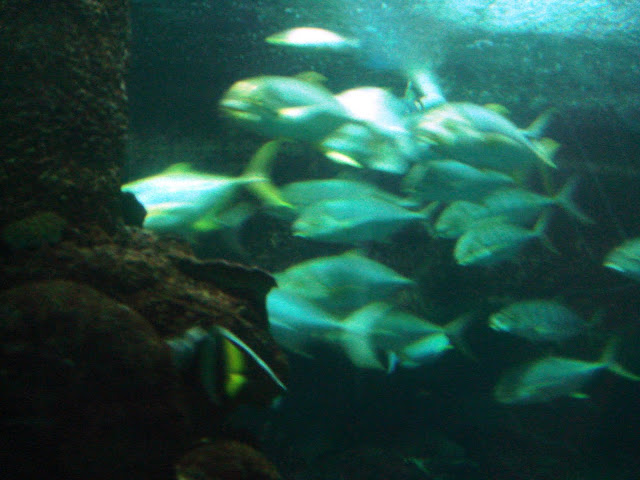 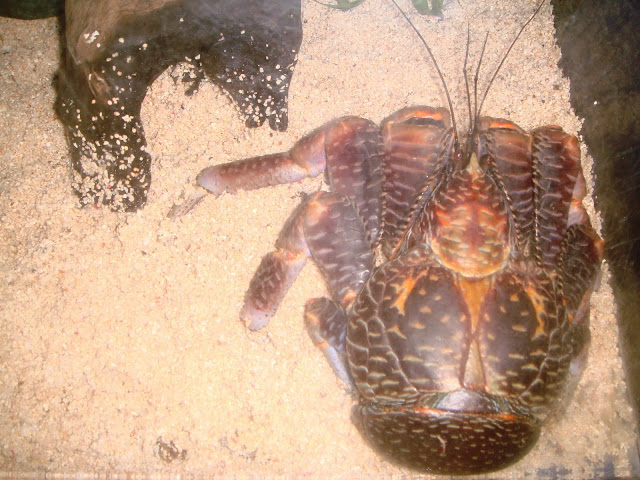 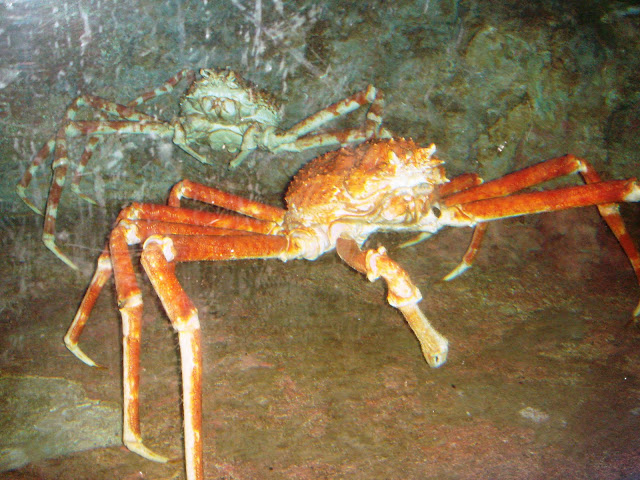 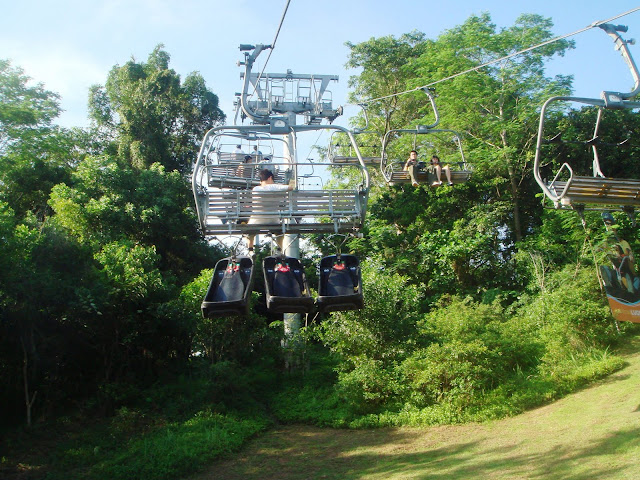 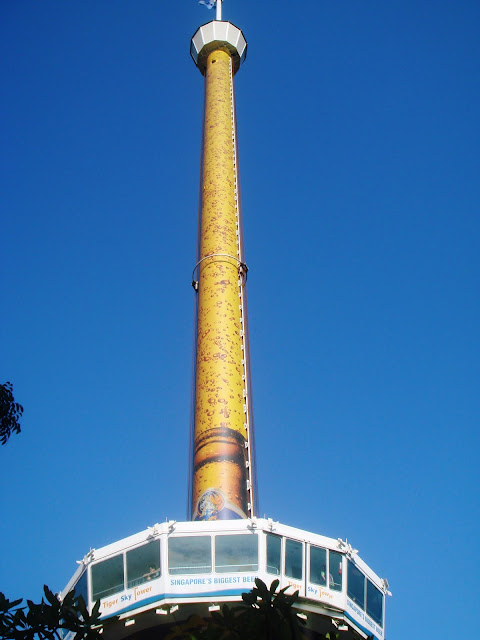 Deeply understand Singapore's rich history and culture after more or less an hour of tour at The Images of Singapore Museum. 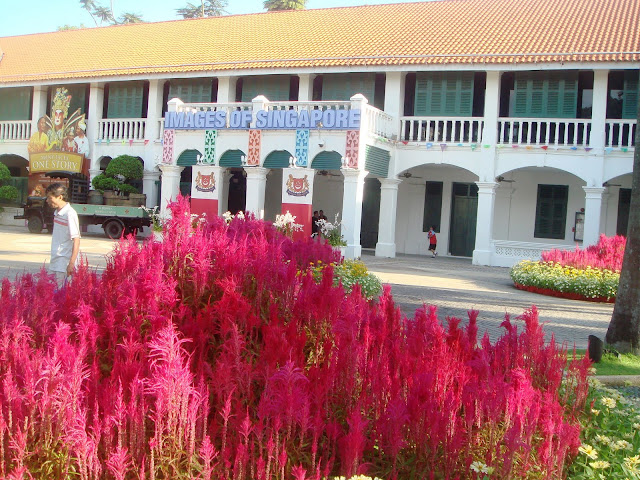 And of course, our Singapore experience wouldn't be complete without visiting the location of the famous "Merlion." 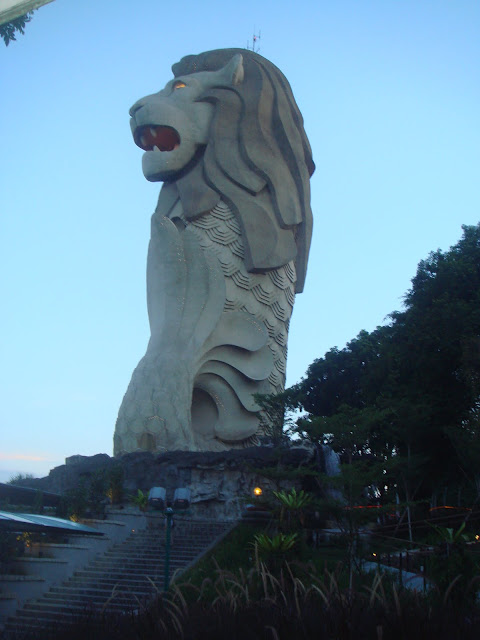 The Merlion was designed as an emblem for the Singapore Tourism Board (STB) in 1964. The designer was Mr Fraser Brunner, a member of the souvenir committee and a curator of the Van Kleef Aquarium.The Merlion has a lion head and a fish body resting on a crest of waves. The lion head symbolises the legend of the rediscovery of Singapura, as recorded in the "Malay Annals". In ancient times, Singapore was known as Temasek, a Javanese word for sea.

8:00PM : We headed to Siloso Beach (via MRT) and watched The Songs of the Sea, a musical theater presentation.


At exactly 12:30 PM we're on our way to Changi-Singapore International Airport, going back to the Philippines with good memories of our stopover in Singapore. :)

The site that I used to find apartments to rent is Key Location Singapore. It's really cool for people that are new to Singapore as it has interactive condo map, and "search by commute time" feature.