Butuan City is spread across the Agusan River. This highly urbanized city previously held the distinction as the capital of Agusan del Norte until that was transferred to Cabadbaran. Still, it has retained its status as the regional center of the CARAGA Region where it belongs. 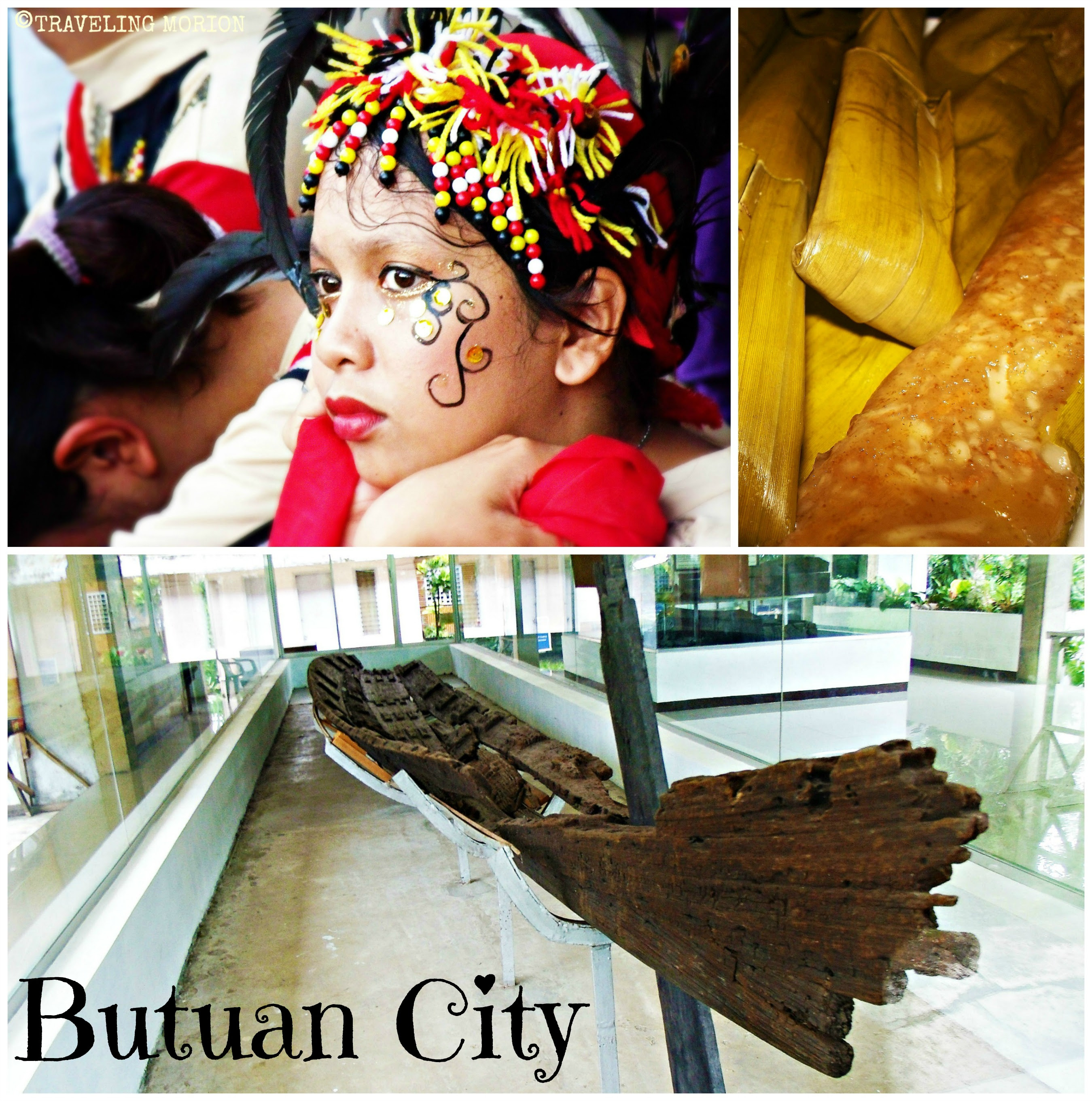 There are different interpretations as to the origin of its name. Some sources claim that it came from a former ruler, chieftain Datu Buntuan. Other sources refer to the batuan (Garcinia morella) sour fruit known to be abundant in the area. Others claim that is the natural disposition of the people to be kind or but-an. No matter what the exact reason may be, its name had always been Butuan in the history books. It was even known as the Kingdom of Butuan before the Spanish colonization.

·    Butuan City is known as the “Home of the Balangays”.
·   The balangay, a form of ancient boat, is an iconic symbol of Butuan City especially because of its status as a port city and because these boats were excavated just across Masao River.
·  The original balangay, dubbed as Balangay 1, was dated to be from 320 A.D. and now lies in the Balangay Shrine Museum in Butuan City. This became the source of inspiration of the Balangay boats which are part of the historic Balangay Voyage by Kaya ng Pinoy, Inc. The recreated balangay has set sail across the country and in other areas of Southeast Asia. It is the goal of the Balangay Voyage to sail across the world.
·   The city is the educational hub of the CARAGA Region.

Province: Agusan del Norte
Region: Region 13 - CARAGA
Country: Philippines
Coordinates:
Area Code: 9600
Zip Code: 085 (+6385)
Currency: Philippine Peso (PHP 1= US$ 0.02)
Language: English| Tagalog | Cebuano | Butuanon
Local Dialect: Butuan City actually has a language of its own called the Butuanon but Cebuano is the prevailing dialect used across the city. In fact, even if most adults are fluent and still use the language, a study by Fred S. Cabuang revealed that less than 500 youngsters can speak it. Such a sad plight makes the Butuanon language an endangered one. This is based on the rule by international linguistics experts of classifying any language with less than 300,000 speakers as endangered. The Butuanon has major influences from the Surigaonon language and Tausug language but also features words and grammar rules from the Cebuano language.

The Cebuano language is prevalent not just in Butuan City but in many areas of Visayas and Mindanao. Much like other languages, there are words that are spelled the same but are read or used in a different manner. There are 16 consonants (b,d,g,m,n,ng,s,h,w,l,r,y,p,t,k,ʔ) and 5 vowels (a,e,i,o,u). The language also offers a rule of verb–subject–object in most cases. The word “nga” is used as connector between a noun and an adjective.

· Sea port. Sea travel to Butuan City is currently limited to the Nasipit Port located 18 km away | Plans for construction of its own seaport to be called Port of Masao are already under way | Served by major shipping lines: 2Go Travel, Cokaliong Shipping  and Sulpicio Lines | Weekly trips to Jagna (Bohol), Cebu, Dumaguete, and Manila

·   A trip to Butuan City is never complete without tasting the palagsing. This native delicacy is a tasty treat, chewy and moist. It is made from young coconut, brown sugar, and what is locally known as unaw (lumbiya starch) which comes from palm trees.