Formally known as the Hinatuan River, the Enchanted River is one of the most popular tourist attractions in Surigao del Sur and the rest of Mindanao. This beautiful river is said to be wrapped in mystery and supernatural events so that it gained renown as being enchanted. There are several unexplained mysteries and features that this stunning river has to offer to keep you guessing. 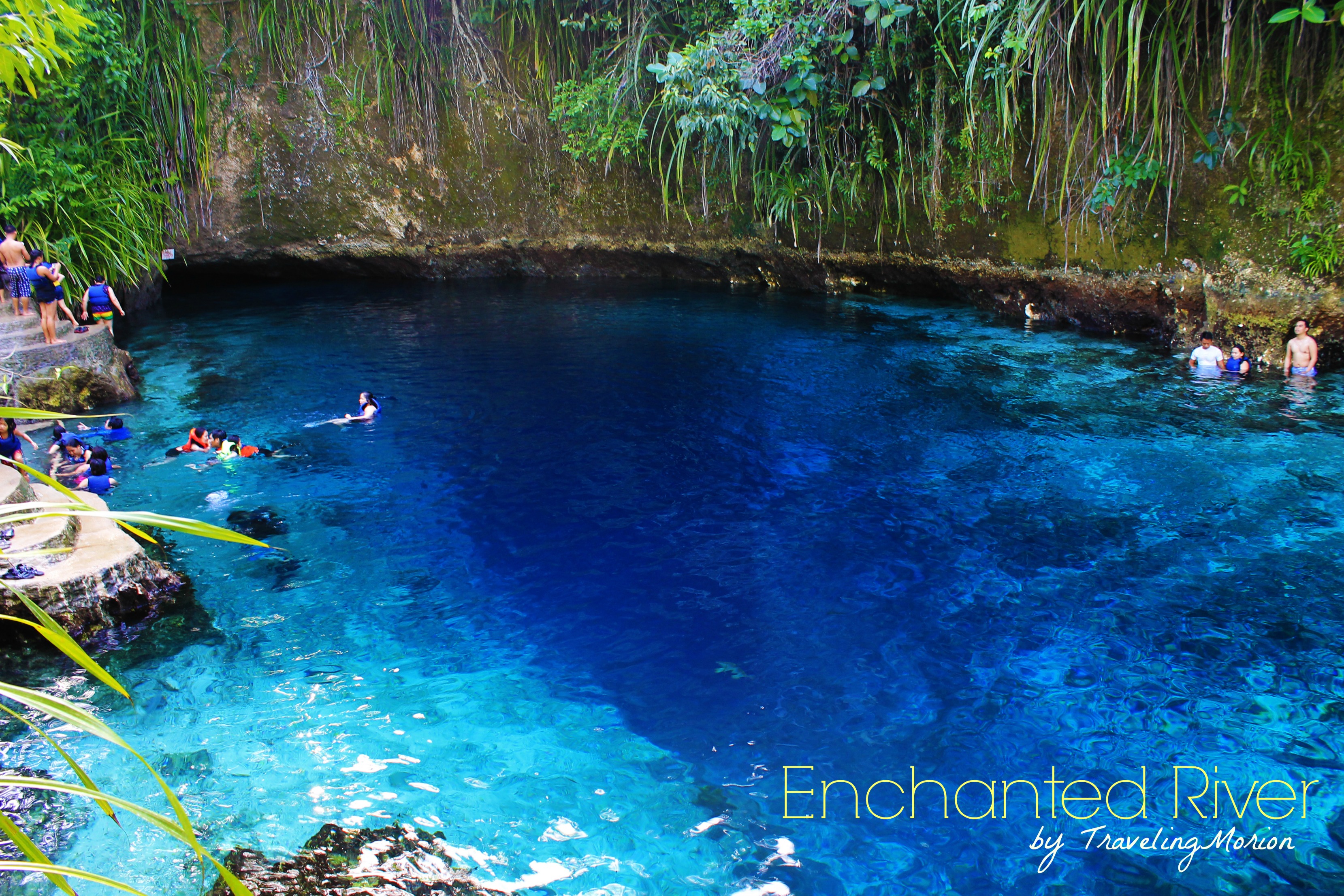 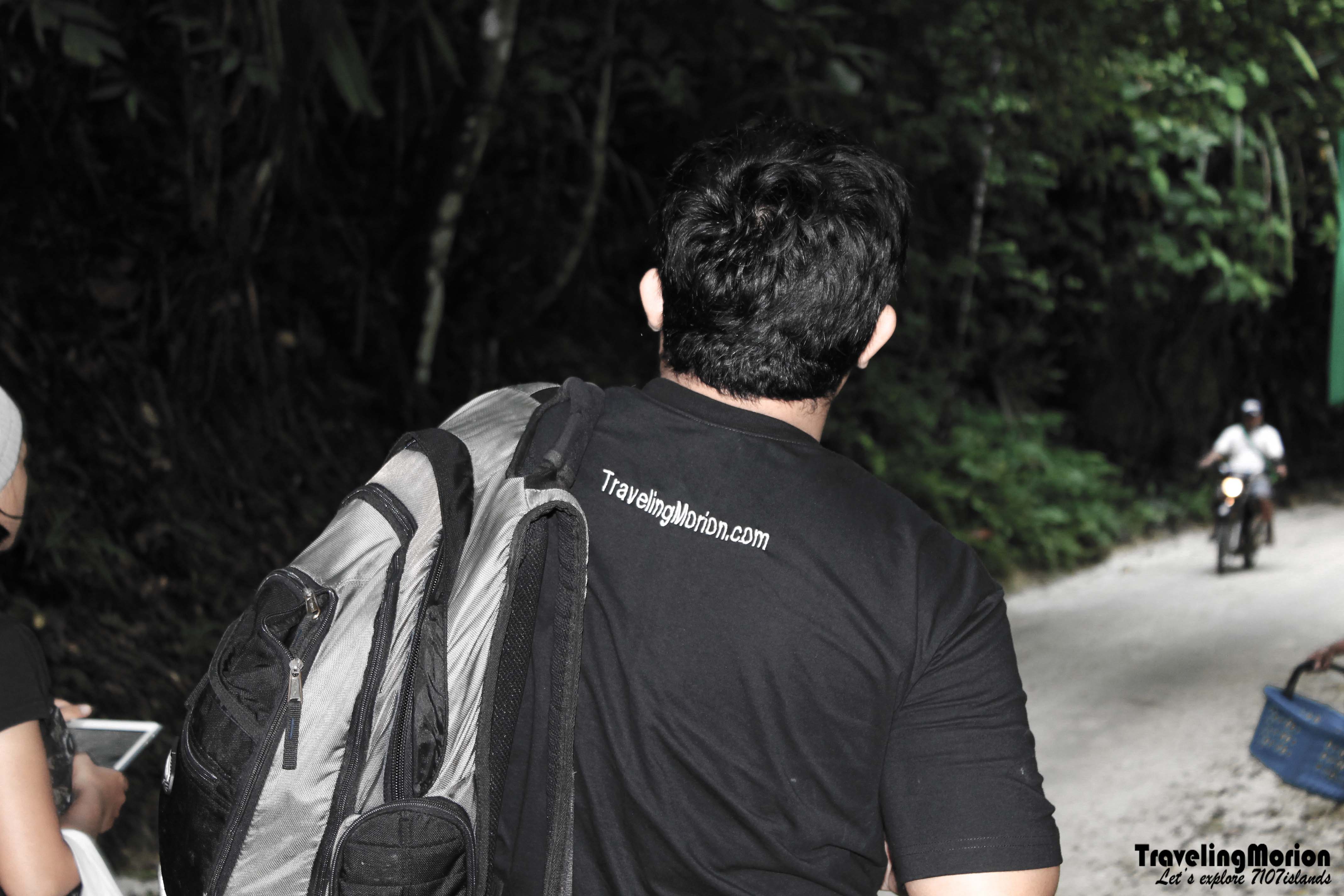 The Enchanted River got its name from the many mysteries that surround its stunning beauty. The locals have plenty of legends associated with the river, many of which involve tales of enkantos and various supernatural beings. Some tales speak of people getting lost in the river or strong swimmers drowning in its depths, never to return again.

Some fishermen tell about encounters with fish species they have never seen before yet could not be caught no matter what method or net they use. There are also tales of traps laid in the waters only to be found tangled above the ground the following day.

There are also plenty of “sightings” of strange creatures and beautiful maidens, said to be enkantos living in its depths and in the surrounding balete trees. There are no modern documentations and evidence to prove these stories. You can feel free to think what you want to think. It could be that there is no evidence because you can’t capture an enkanto on film, can you? Maybe because these are mere tales spun by people with overactive imaginations? Or, perhaps, these tales are made by those trying to promote the “mystery” of the river to gain more tourists. Who knows? 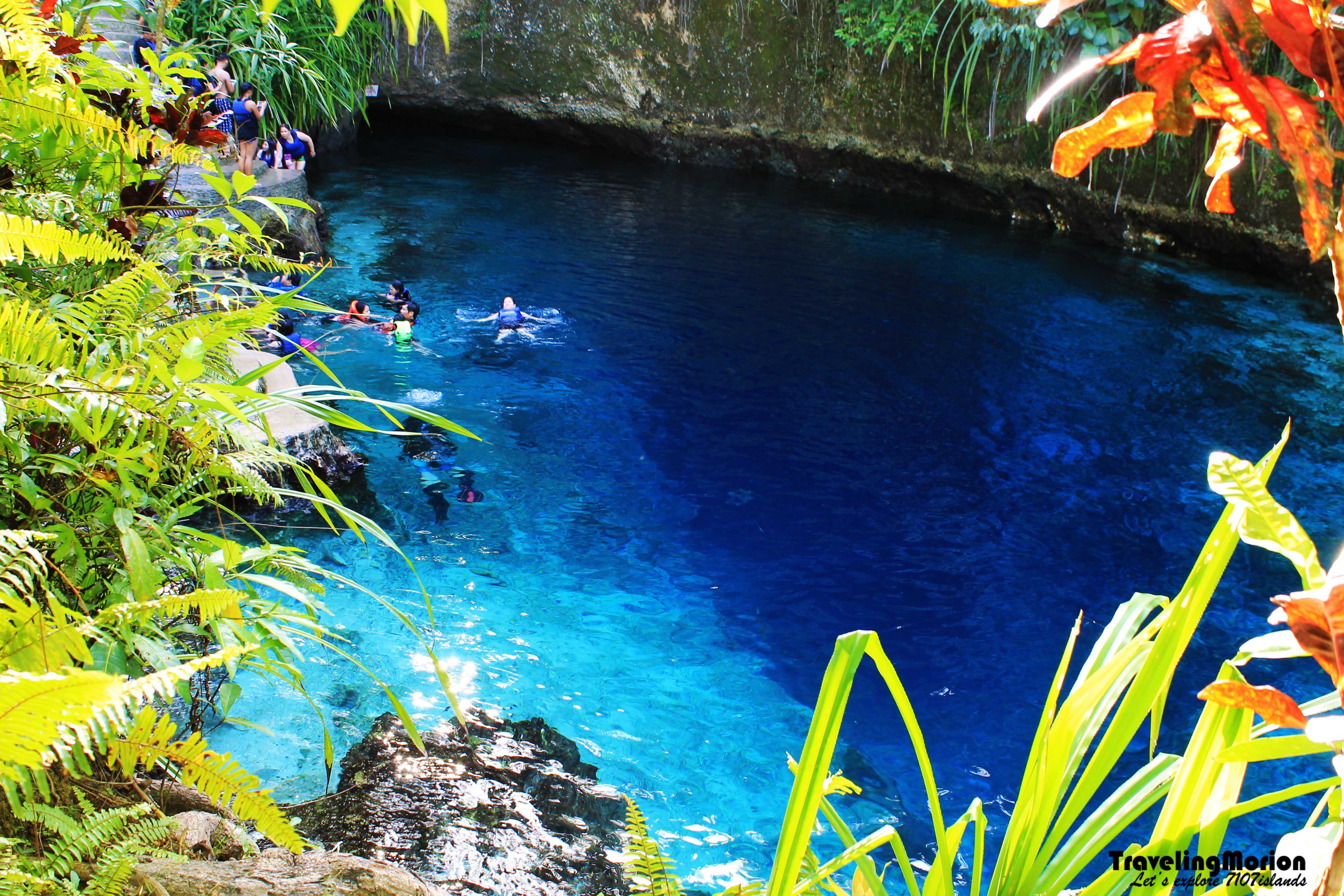 The presence of a spring has never been proven at the beginning of the Enchanted River, making it seem like this river just bursts into a life of its own. Of course, underground springs are the logical source of water in this river but the exact source has yet to be found.

The current is also quite strong so that those who do not know how to swim are discouraged from jumping into the water without a life vest. Several life guards watch over the swimmers but it is still best to exercise caution.

Also, the water is quite salty along the river. Remember, rivers are often categorized as fresh water bodies; thus, a salty river like the Hinatuan River is often viewed as a freak of nature. So, why is it salty? Again, there is no definite answer. However, it is a known fact that the river flows to the Pacific Ocean. Its close proximity to the ocean could mean that the underground springs feeding the river could receive salt water when the tides are high.

How did the saltwater reach the spring? Well, it could be because of possible caverns or fissures underground. To this day, however, no concrete proof has yet been put forth, adding to the mystery of this beautiful river. The river is also short so that it would be logical to deduce that what the skeptics are saying about the saltwater source might really be true.

For such a very short river, Hinatuan offers a remarkable feature: deep blue waters typical of the deeper parts of the sea. This sliver of dark azure water signifies the outlandish depth that this river surely has, something that has never been measured in actuality. Meaning, no one really knows the exact depth of the Enchanted River because no one has ever reached the bottom and lived to tell the tale (or so they say).

Now, considering that this is a popular river, you could probably ask how they were never able to measure its exact depth. Well, a lot of people actually tried, complete with diving gear and modern gadgets – to no avail. There are caves underneath the river. Several expeditions by a team of expert divers were never a huge success. Some underground areas may be mapped but no further passage can be found to allow them to go beyond certain portions of the cave or passage. Even those who found passages in previous dives got a surprise in the form of blocked passageways during their next dive.

The “Trained” Fishes and the 12 o’clock Bell

Swimming or taking a dip in the river is prohibited for 1 hour, with a bell struck at 12 o’clock as signal for the people to go out of the water. At this hour, the staffs at the resort throw food into the waters to feed the large fishes that seem to come out of nowhere. What’s the mystery in that? You see, while the people are having fun throughout the day, only a handful of small fishes can be seen in the waters. Yet at the stroke of noon when the bell is rang, large fish suddenly come up and grab at the food, feeding and foraging for that 1 hour. Then, just as silently as they came, they are nowhere to be seen after the designated feeding time.

Logic tells us that fish, especially several schools of various species, could never be trained to wait for a bell to strike before them swim in a particular area. You could, perhaps, train the fish in your aquarium (though that is highly unlikely!). This is another one of those seemingly creepy mysteries that surround the Enchanted River. 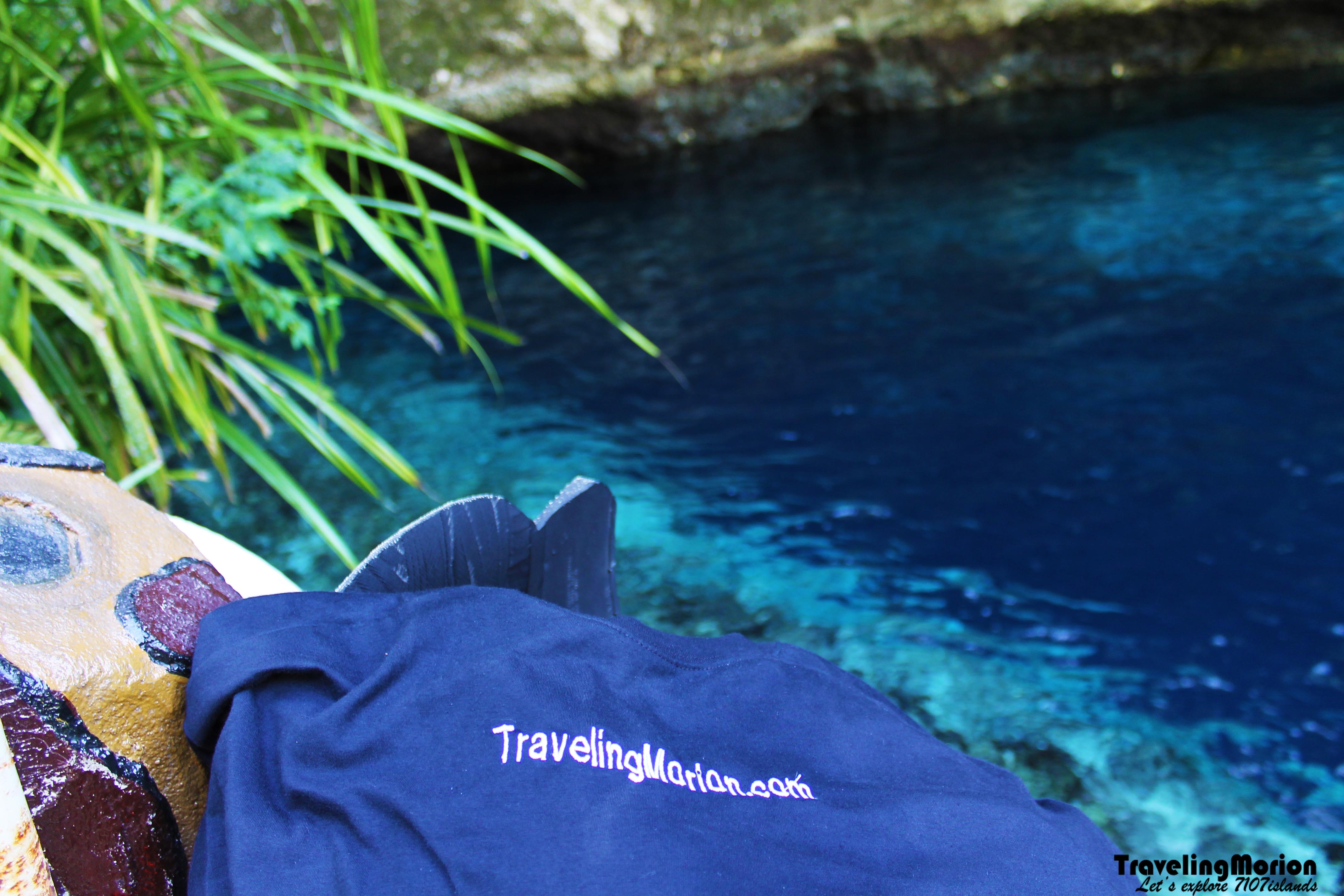 Overnight stays along the river, especially those involving night swimming, are strongly discouraged – even to the point of being prohibited. This is for your own safety. Please do not try to be clever by sneaking past the guards. You may not believe tales about enkantos but there is no guarantee for your safety in the river or along its banks at night.

Skeptics often claim that there are scientific evidence to prove that the mysteries of the Enchanted River have logical explanations. Well, to this date, we are still waiting for whoever that genius might be who could prove that science, not enkantos, has the power over this mysterious river. Whether that could happen in the near future, I have no idea. Let’s just wait and see what happens next.

What I truly know is that the Hinatuan River is truly an enchanting body of water, its beauty beyond compare – with or without its mind-boggling mysteries. Let us just hope that tourism and modern developments will not further mar the beauty of this magnificent Enchanted River. 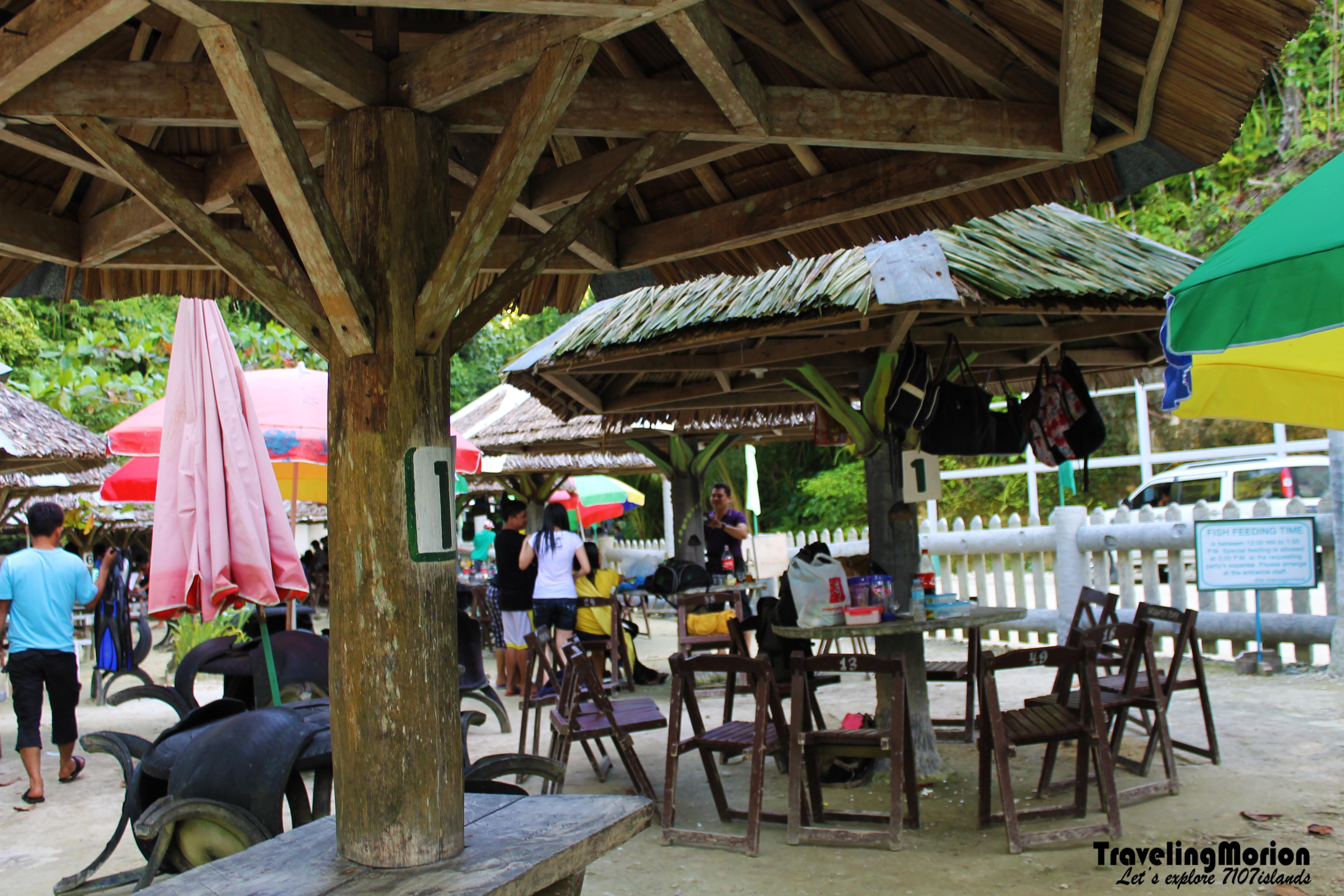 NOTES: Entrance fee is 30 pesos per person, life jacket rent is 15 pesos per hour, and cottage rent costs P100.00.The best time to visit the river is around 12:00 NOON to 1:00 PM and  from 4:00 to 5:00 PM - feeding time were different varieties of fishes are coming –out from nowhere. Locals are selling fresh sea foods in stalls few meters from the entrance; you can buy and ask them to cook for you. 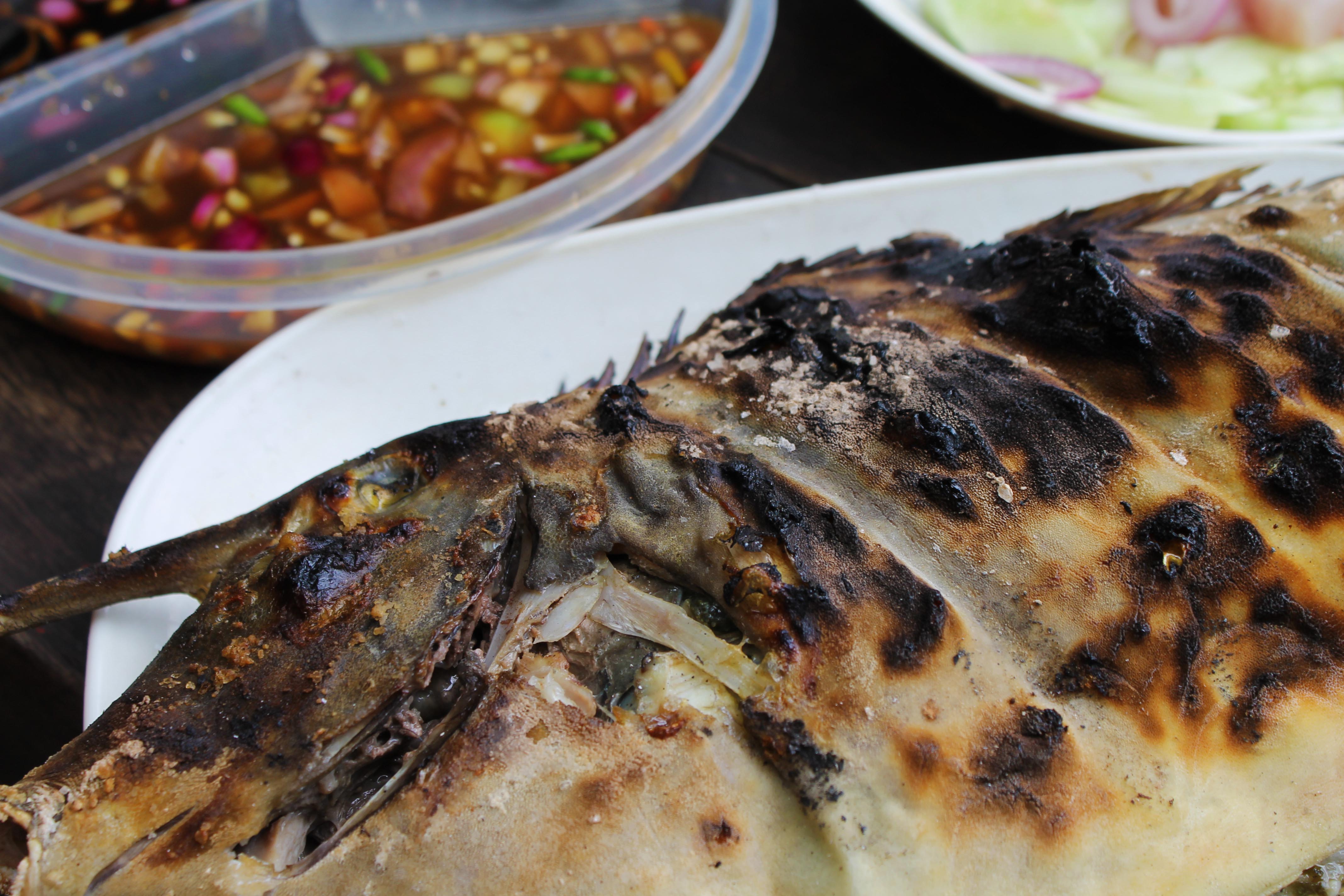 By Sea |Inter-island vessels like the Super-ferry and Sulpicio Lines serves the Manila-Butuan or Cebu Butuan routes on regular schedules with Nasipit Port as transit point. Aircon vans are available at the port area  or take a jeepney to the city terminal for the regular bus trips passing the town of Hinatuan.

From Butuan City. Ride in a bus (non-aircon) bound to Mangagoy of Bislig City- 5- hour travel. Tell the driver to drop you in eskina(crossing) going to Enchanted river. Don’t worry you can see the large tarpaulin of the river along the highway. From eskina, hire a habal-habal/motorcycle going to the location of the spot. Travel time is more or less 45 minutes.
From Surigao City. Ride in a bus/van bound to Butuan City- 3-hour travel. At Butuan City Bus Terminal, ride in a bus bound to Mangagoy (Bislig City). Then follow instructions above.

From Davao City. There are non air-conditioned buses in Davao Ecoland Terminal directly bound to Mangagoy in Bislig City. Travel time is more or less 6 hours.  From Mangagoy ride in a bus bound to San Francisco/Butuan City – tell the driver to drop you in eskina/crossing Enchanted River- that’s more or less an hour travel. Another option is you can ride in an aircon bus going to Butuan City, get-off at crossing San Francisco and ride in a bus or jeepney going to Mangagoy.