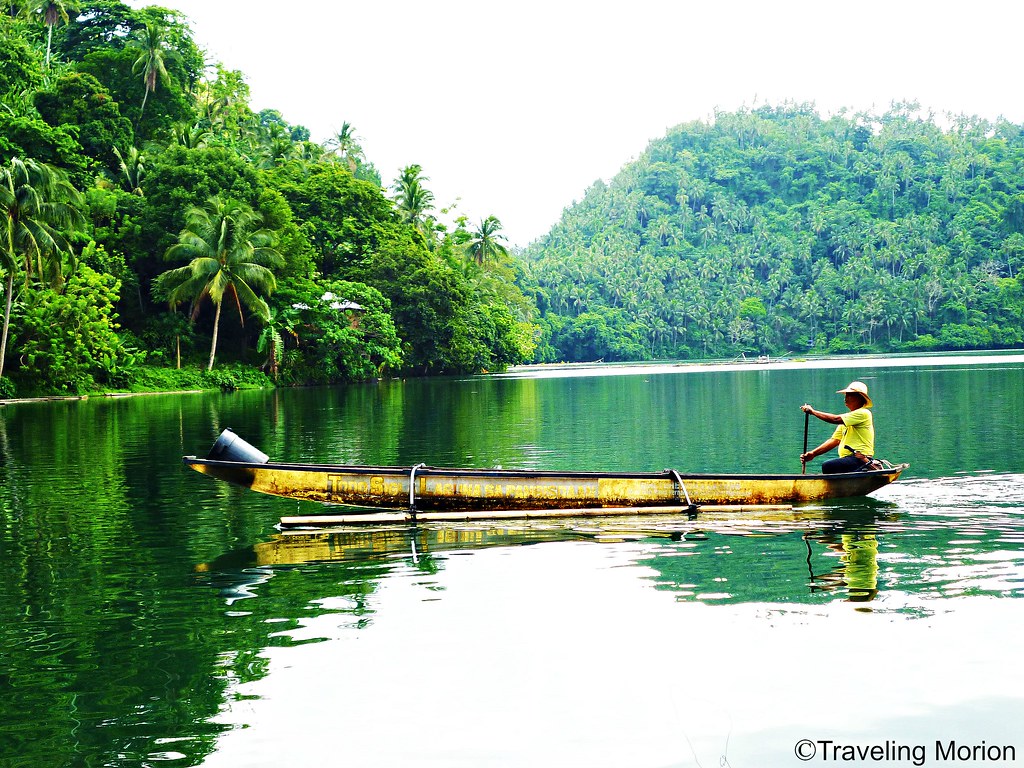 I am working as a social development practitioner for more than 8 years now. The institution where I belong, Center for Agriculture and Rural Development (CARD) Inc, has a lot of inspiring stories to tell since its establishment in 1986. It was born in San Pablo City, one of the oldest cities in the Philippines, 26 years ago- the year Philippines is recovering from the aftermaths of the Martial Law era.

Last June 01, I was lucky enough to receive an invitation to join  Hijos de San Pablo- a tour within San Pablo City, Laguna. Organized by our Community Development Group, the tour aims to showcase interesting spots in San Pablo City. This is our institution’s own little way of giving back to the city where we had started through promotion of its historical and interesting spots/destinations.

Personally, I do believe that given proper promotion and orientation, tourism can also change and transform communities.

The birthplace of our institution is also known as the City of Seven Lakes. Visit to seven (7)  lakes and other historical edifices are part of Hijos de San Pablo tour.

The old name of San Pablo is Sampaloc. In 1571, Spanish troops under Captain Juan de Salcedo arrived in the village of Sampalok (Sampaloc). After 15 years,  (1586) Sampaloc was converted into a parish; and  1647 it was converted into a municipality and renamed  “San Pablo de los Montes" which literally means Saint Paul of the mountain. Bartolome Maghayon was appointed as the first gobernadorcillo.  San Pablo Parish was under the management of the Franciscans in 1734. In 1756, the municipality was placed under the jurisdiction of Batangas Province and was only returned to Laguna Province in 1883. It was during American Occupation (1940) when San Pablo was declared as city by the virtue of Commonwealth Act  520 or Charter of the City of San Pablo with Dr. Potenciano Malvar as the first appointed city mayor. In 1955, Cipriano B. Colago became the first elected city mayor.

Our first stop is the Sampalok Lake. Located behind the historical San Pablo City Hall, it is an inactive volcanic maar or low-relief volcanic crater and the largest of the seven lakes of San Pablo.


Scientifically, the Lake was previous volcanic craters and was formed due to massive volcanic eruption hundred years ago. Some says these are just steam vents or openings caused by underground steam.

I am still familiar with the Legend of Sampaloc Lake. Way back Elementary days it is included in our Grade 1 or 2 Pilipino textbook. :)
"Legend tells of a giant Tamarind (Sampaloc) tree in the garden of a selfish, stingy old woman who drove away a fairy disguised as an old man asking for some fruit as a cure for his ailing grandson. Instead of helping him, the stingy old woman had him driven away by her ferocious dogs. The old man was badly hurt. After the old man left, there was a thundering noise, rain, followed by the cracking of the earth. And then, the entire orchard sank into a colossal pit which was immediately filled with water. Henceforth, the villagers called it Lake Sampaloc." wikipedia.org 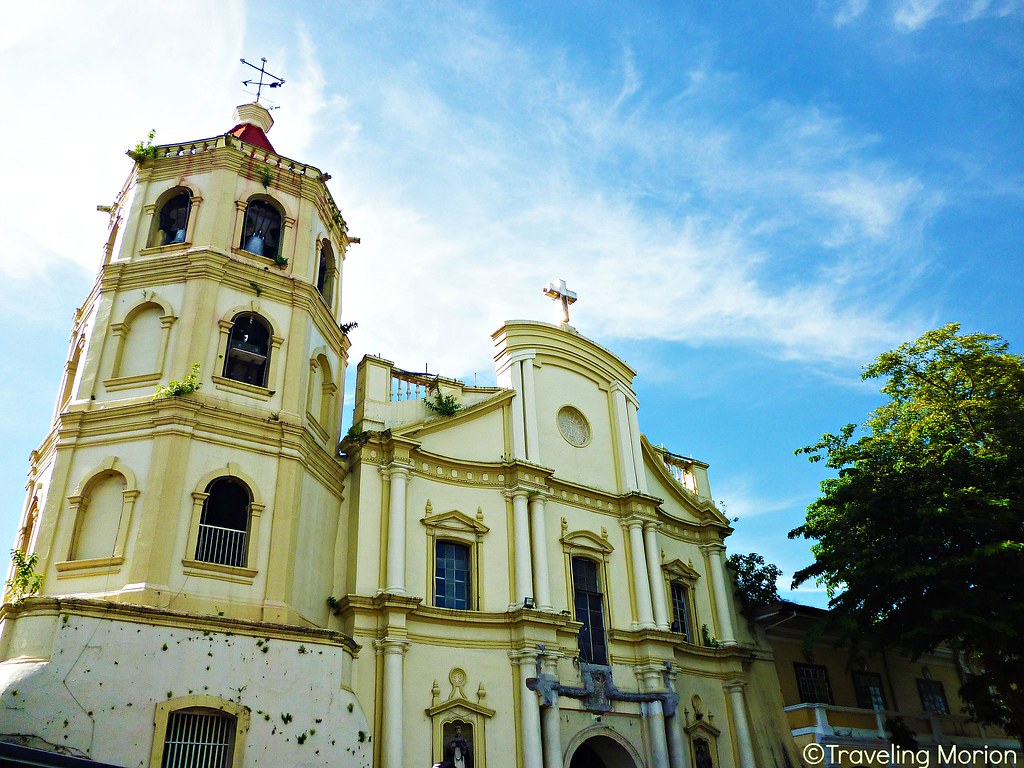 Second stop is the San Pablo Cathedral. The church is located in the middle or central part of the city. Church in San Pablo was first established by the Augustinian friars in 1586, second in 1629 and the present structure was built in 1714. Its foundation was laid in 1680 by Fr. Juan Labao. It has neo-classic facade with doric coupled columns and windows with triangular segmented pediments. It also has four-storey octagonal bell tower with lank and open windows. 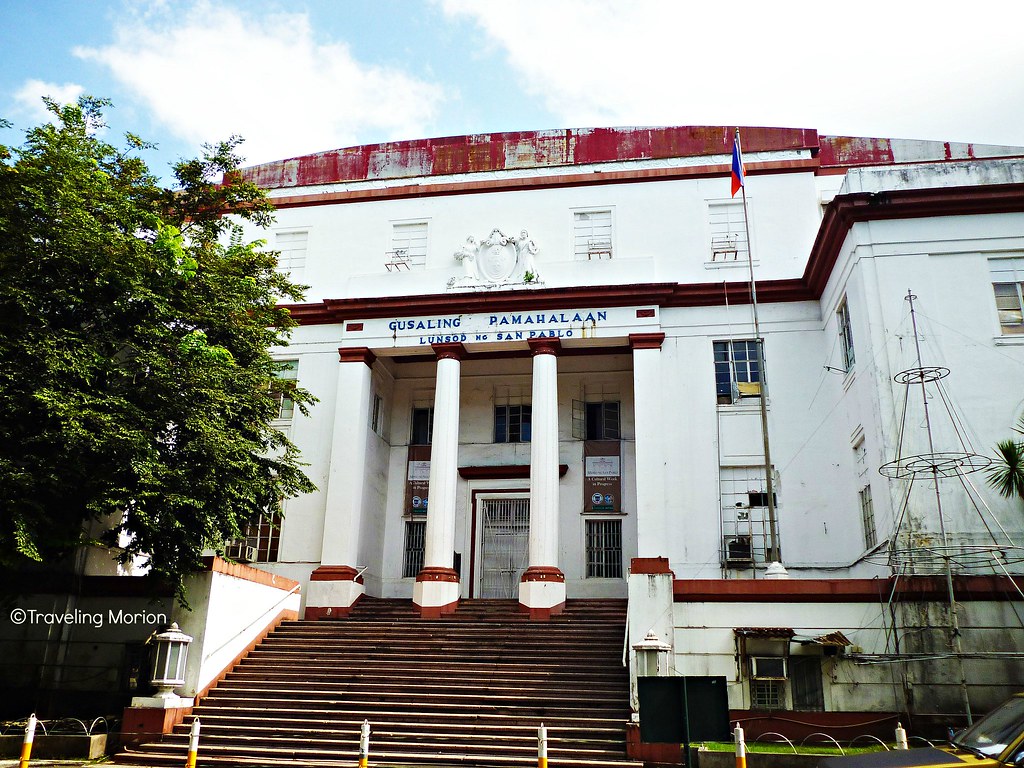 We then moved to San Pablo City Hall as our Third Stop. One the grandest structure constructed during American Occupation in the Philippines. Its columns are modern and architectural design as well as details are comparable to those of European.

Our LAST but not the least SPOT is the Pandin Lake in Barangay San Lorenzo, San Pablo City. Pandin is actually the twin lake of Yambo - separated only by narrow strip of land.

From the parking area/crossing going to Pandin Lake in  Barangay San Lorenzo, we're informed that four- wheels car is not accessible to narrow and rough road going to the location of the lake. Meaning- we need to walk. After 30 minutes of walking or almost  one (1) kilometer trail, we reached the lake and welcomed by nature at its finest! Indeed so pristine and GREEN! 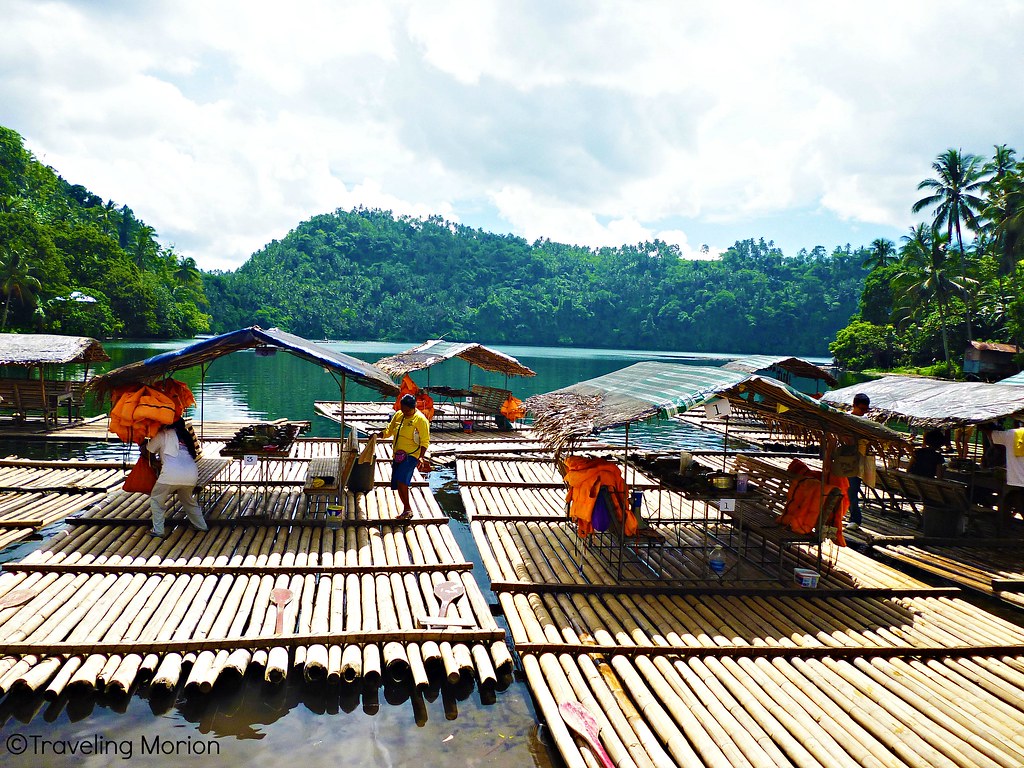 No time to waste, we boarded in balsa and had our very Pinoy lunch- ginataang hipon (fresh catch from the lake), ensaladang talong, Paku' Salad ((Paku' is an edible fern) , Inihaw na tilapya, and rice in banana leaves plus a shot of Lambanog. Lambanog is a popular local wine in Laguna Province made from coconut flowers’ sap. While having our sumptuous lunch, we are also touring/exploring the whole lake. 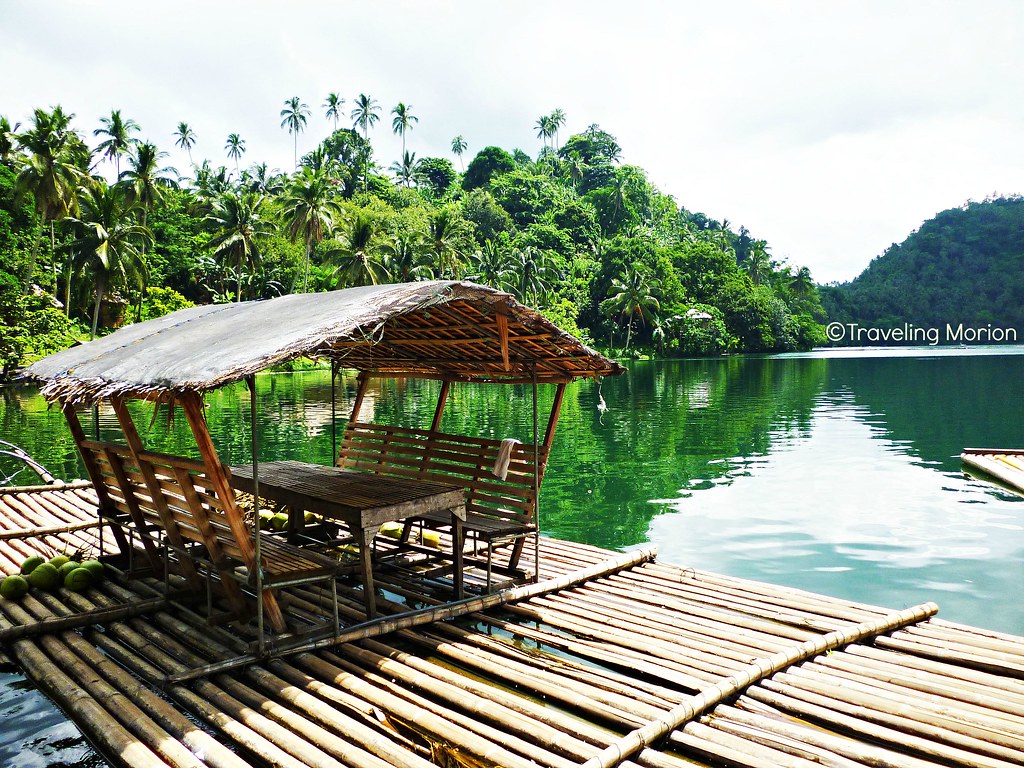 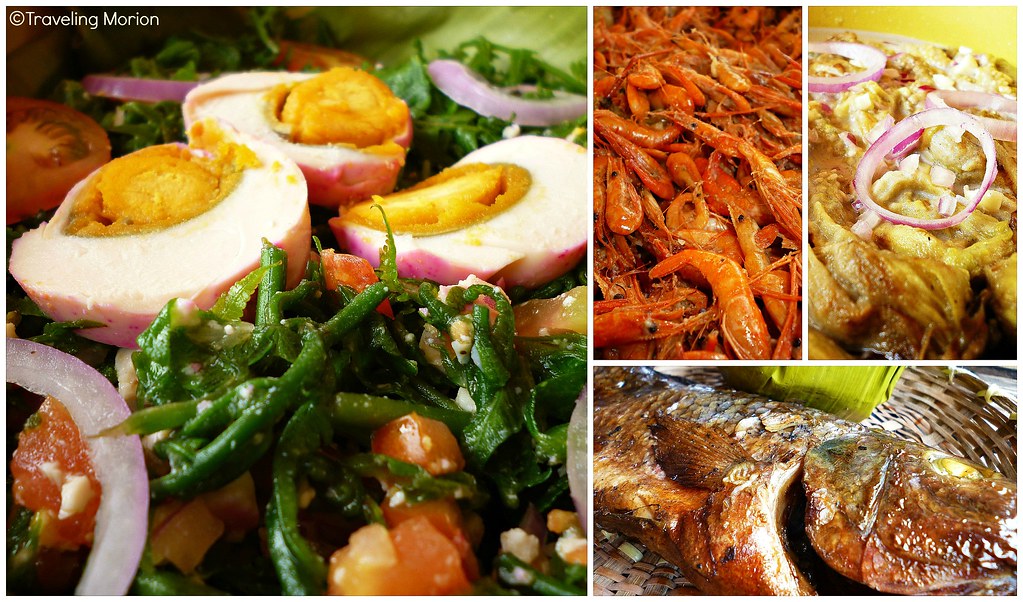 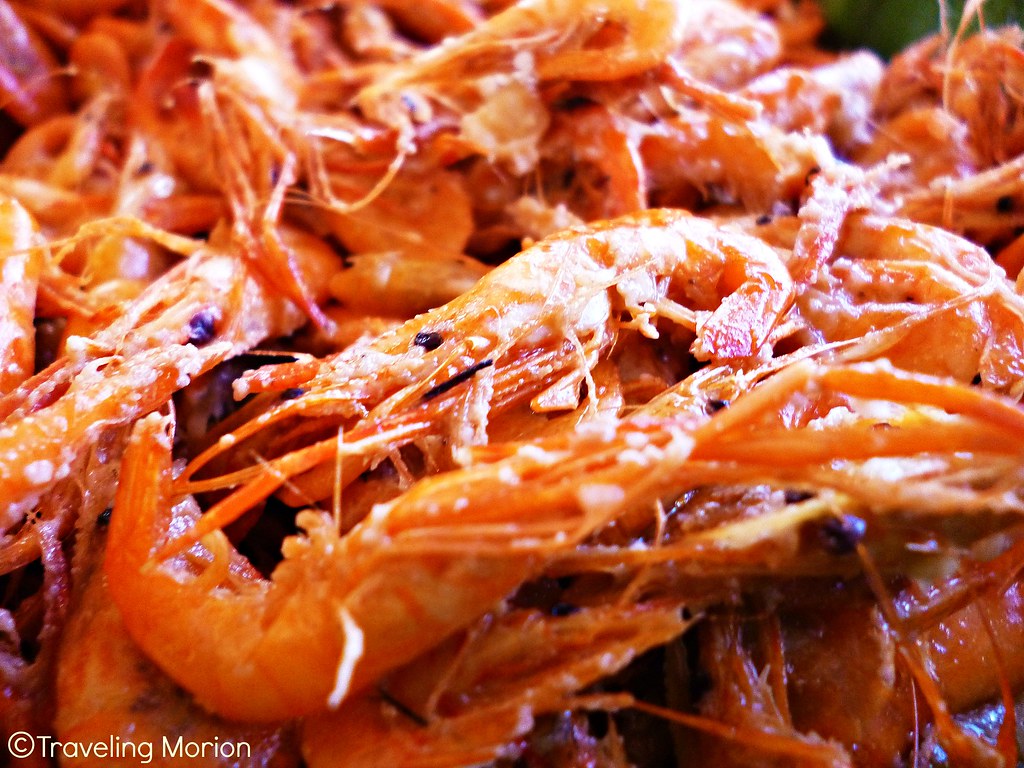 Note: Lunch in Pandin’s Balsa costs 360 pesos per person. If you have packed foods you can also rent the balsa for 180 pesos per head. 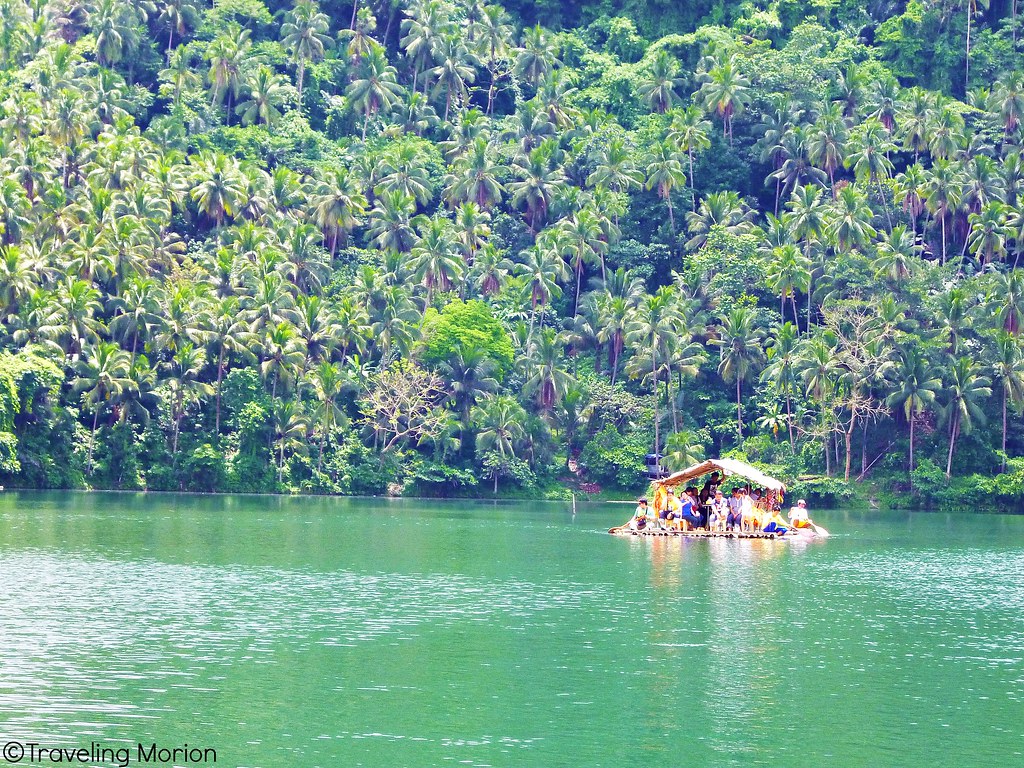 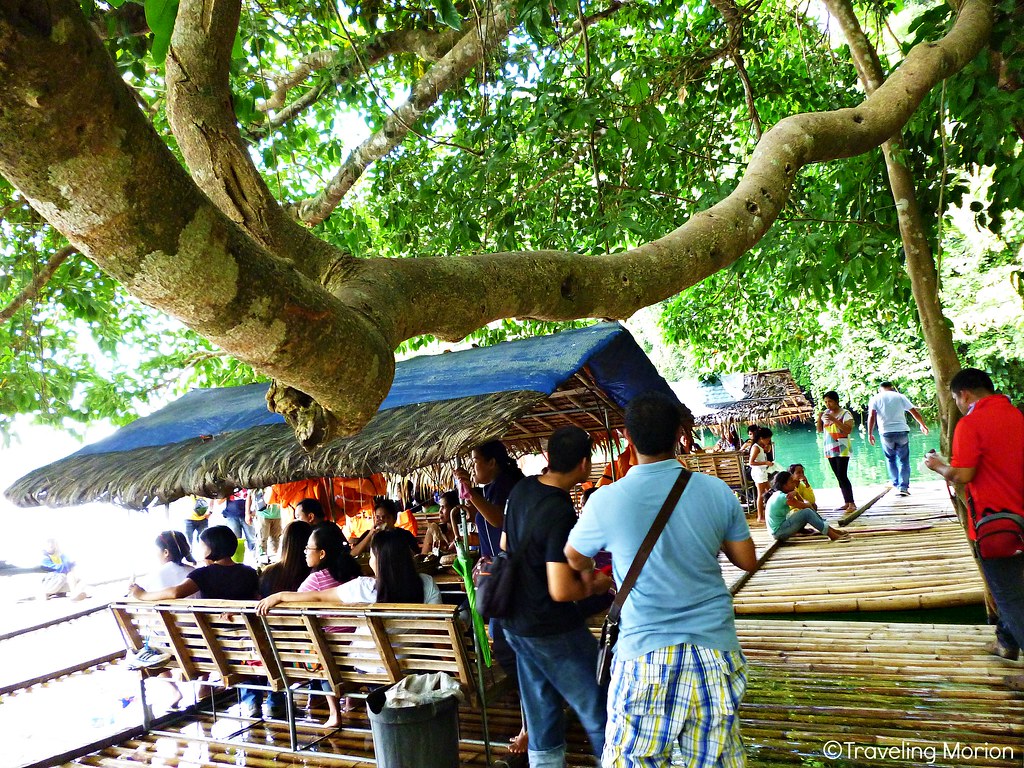