Lolong is the world’s biggest/largest crocodile in captivity as declared by Guiness Book of World Records- measuring 20 feet and 3 inches (6.17m) from snout to tail. Lolong is a saltwater crocodile (Crocodylus porosus) also known as Indo-Pacific specie. November 2011, Lolong was confirmed as the largest crocodile ever caught and placed in captivity after Dr. Adam Britton of National Geographic measured him  in his corral. 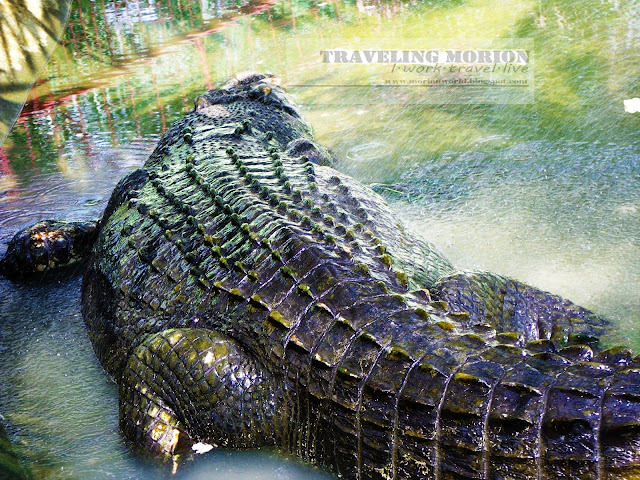 On September 03, 2011, Lolong was caught by residents and crocodile hunters of Palawan in a Bunawan creek in the province of Agusan del Sur (Philippines). The crocodile was hunted as he is suspected of eating a farmer who went missing and a 12-year-old girl whose head was found two years ago. After his capture, examination of his stomach contents was conducted and remnants of water buffalo reported missing were found. His age is estimated to be at least   50 years old. 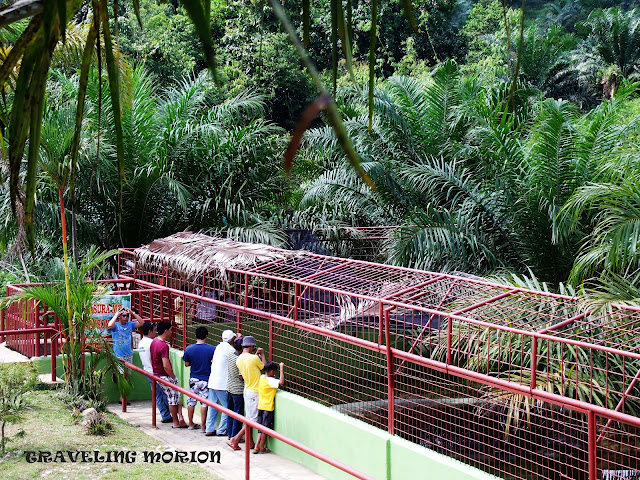 The crocodile is named after the veteran crocodile hunter from Palawan Crocodile and Wildlife Reservation Center who led the hunt- Ernesto “Lolong” Goloran Cañete. Mang Lolong died of a heart attack several days before the crocodile was captured. Weeks of hunting and stalking Lolong took its toll on Cañete’s health. 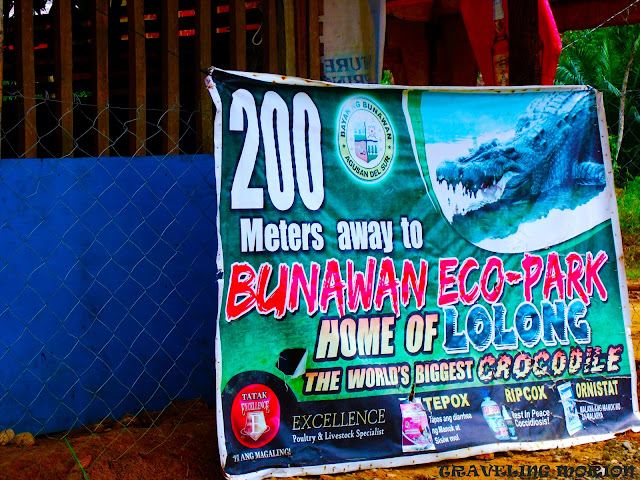 There are ongoing discussions/debates now whether Lolong should be released in his natural habitat (Agusan Marsh) or be transferred to an Eco park somewhere in Quezon City. Residents and current Mayor of Bunawan are strong on their decision to just retain Lolong in his current home- The Bunawan Ecopark and Wildlife Reservation in Barangay Consuelo. For a simple reason (according to Mayor)“napamahal na daw”! Anyway,whatever, kahit san pa ilagay si Lolong ang importante i-secure ang kondisyon nya at hindi siya dapat ma- stress bilang PINAKABAGONG CELEBRITY NG PINAS! :) 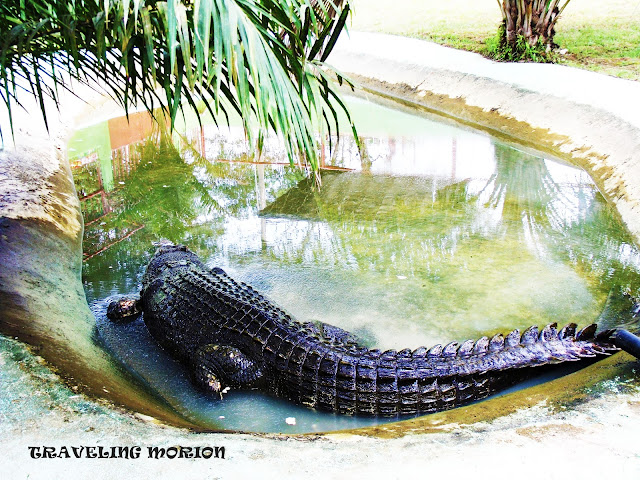 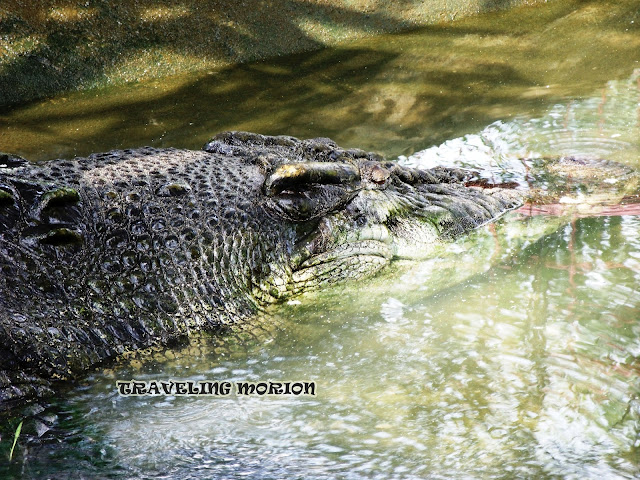 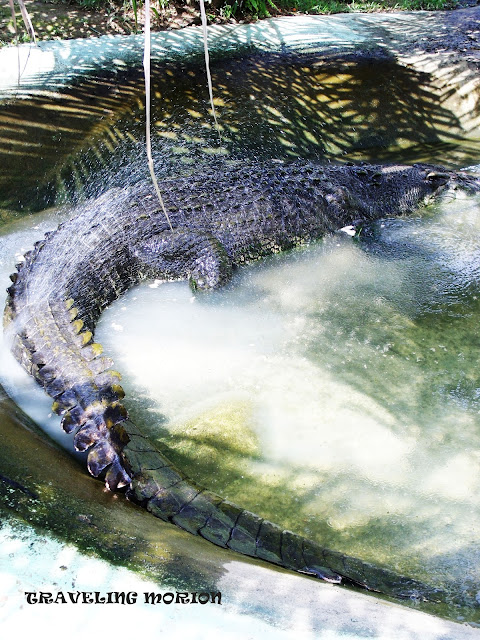 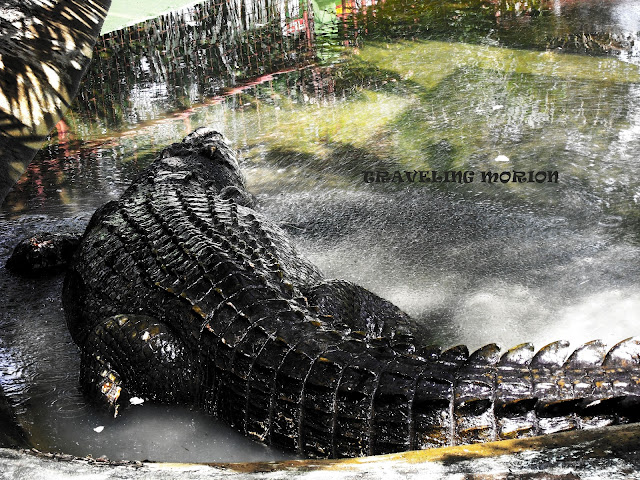 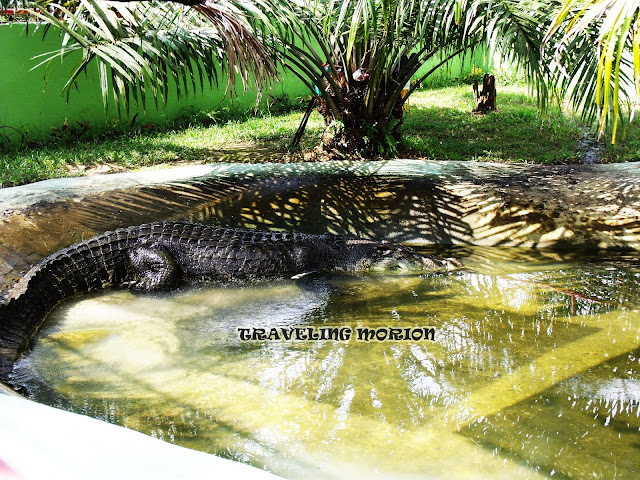 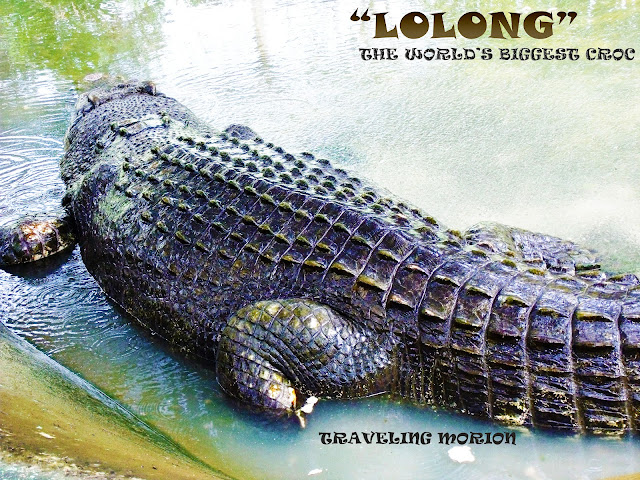 From Butuan Bus Terminal Lolong’s pool in Bunawan Eco park-Barangay Consuelo, Bunawan, Agusan del Sur can be reached by Bus. Eco park is estimated 8 km from the town proper. Ask the driver/conductor to drop you at Eskina Bunawan going to Eco park where Lolong is located. From Eskina Bunawan you can hire a Habal-habal for 50-100 pesos. There is an Entrance FEE of 20 pesos:)