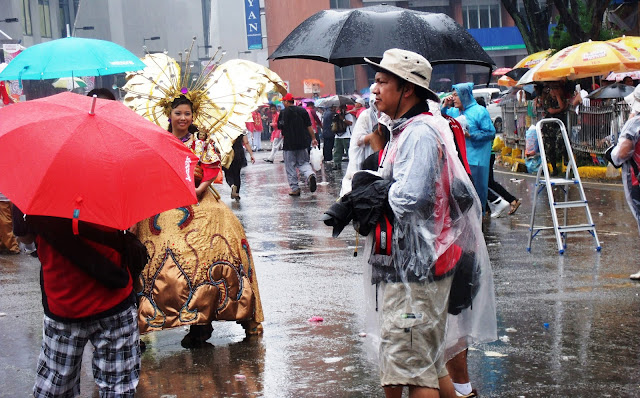 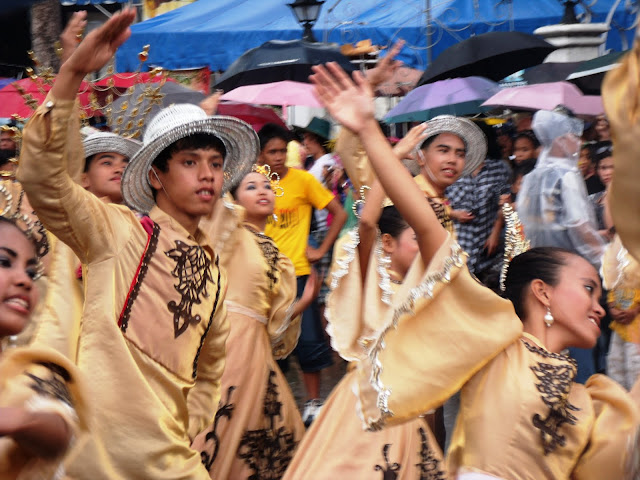 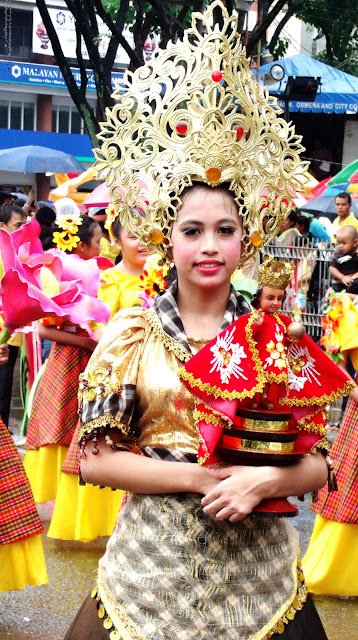 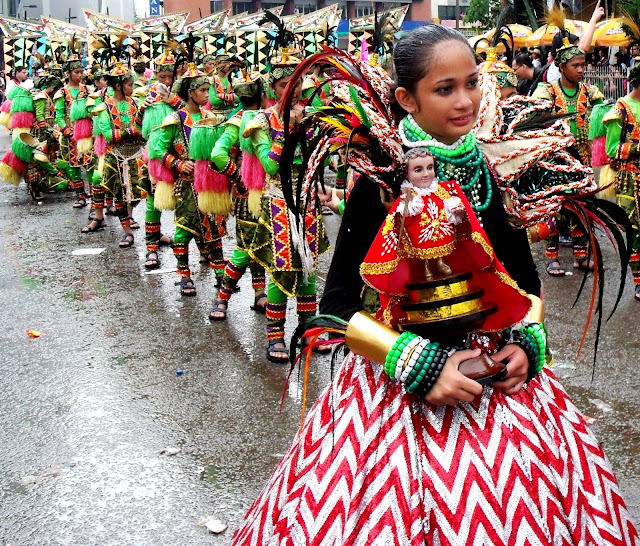 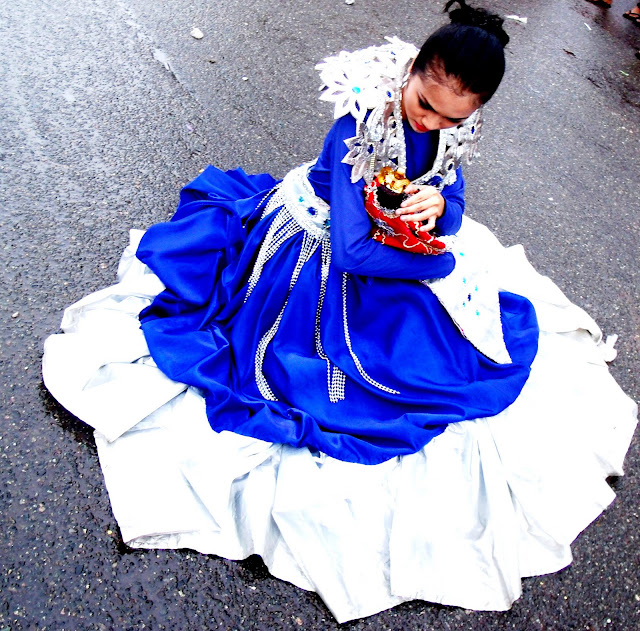 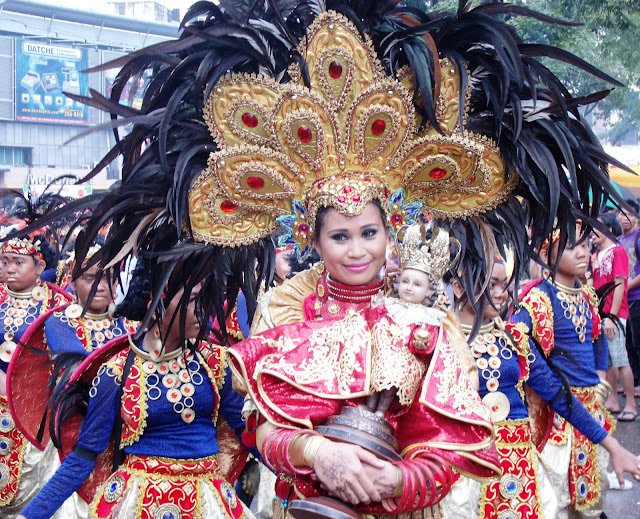 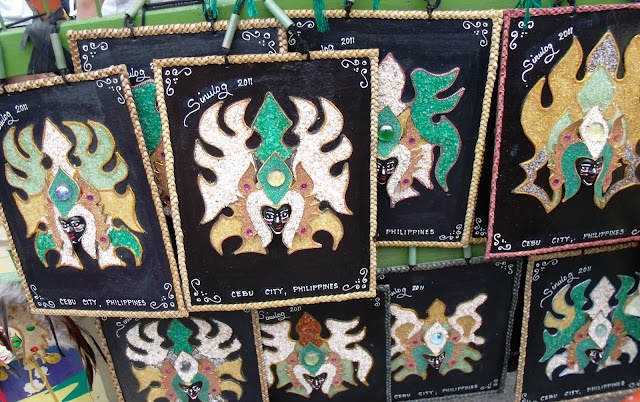 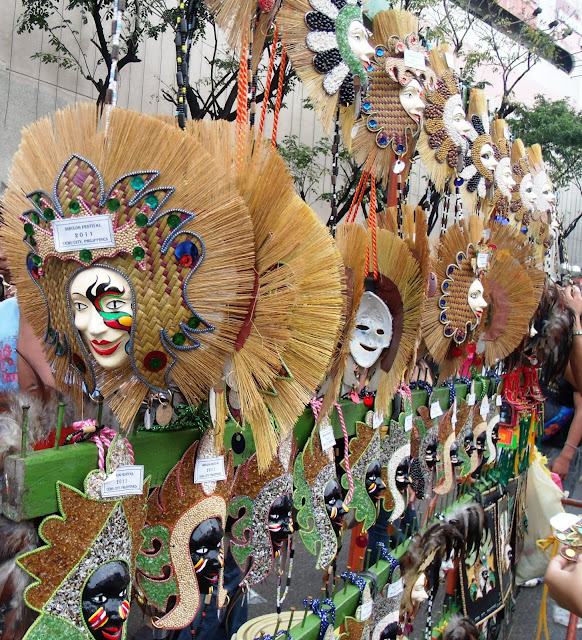 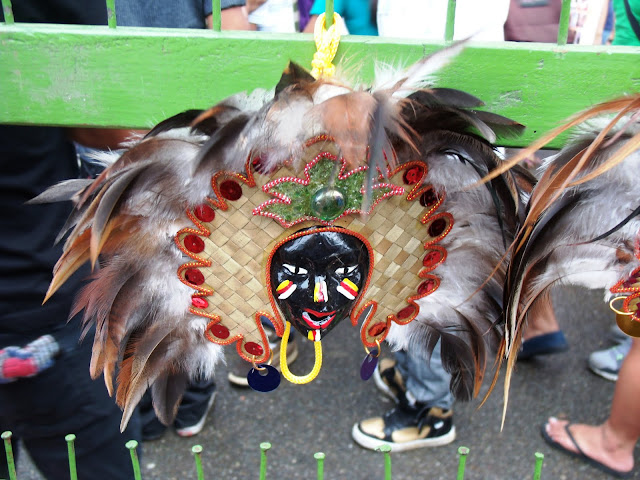 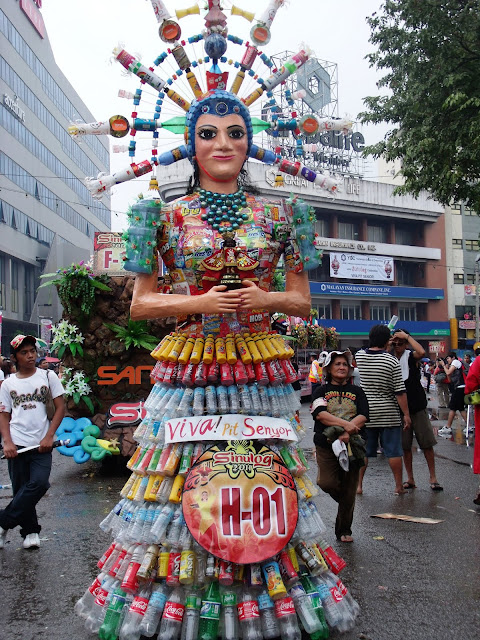 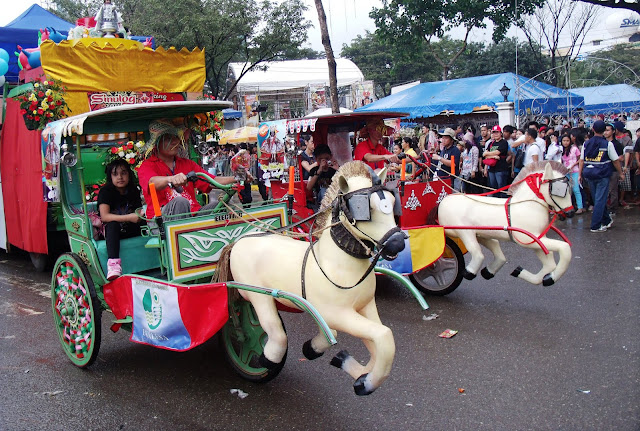 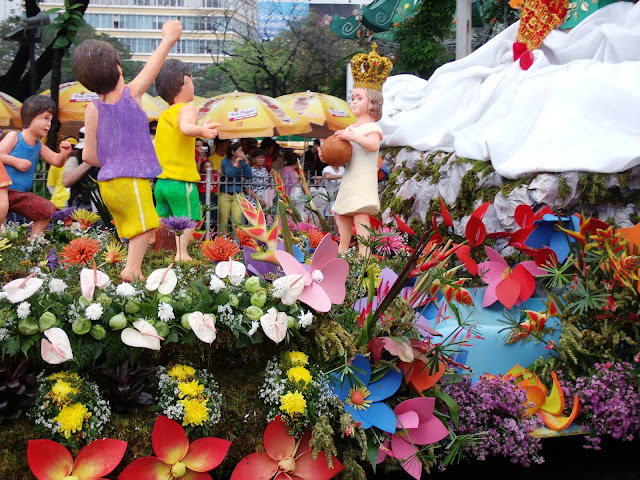 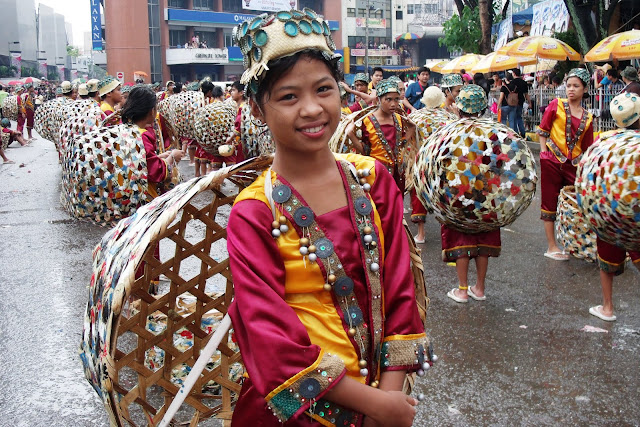 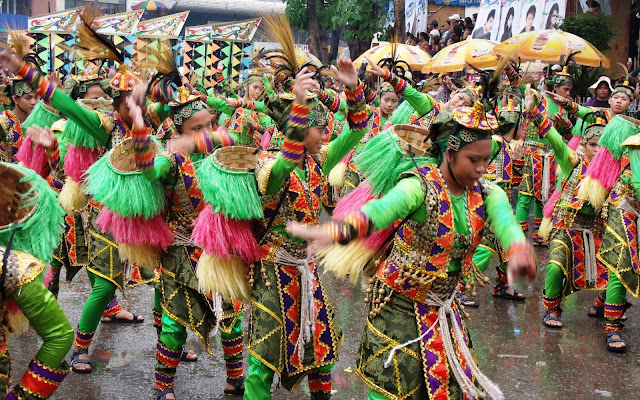 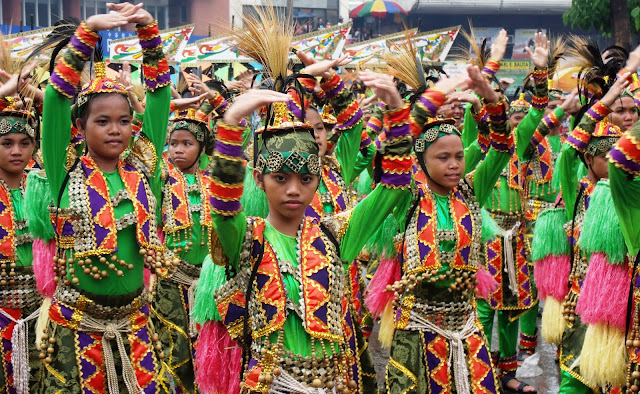 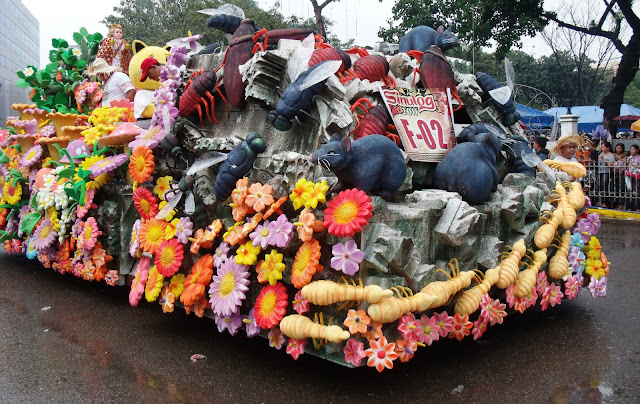 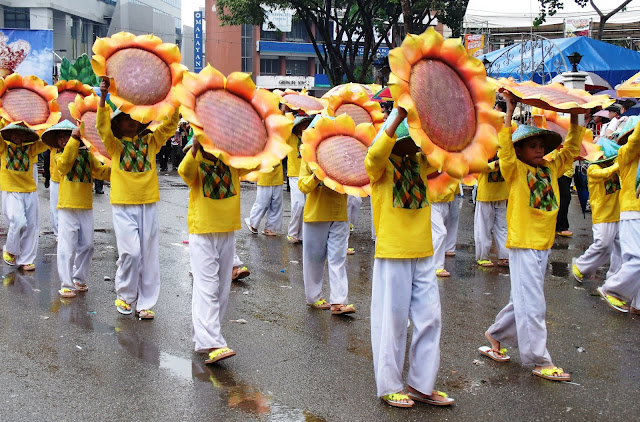 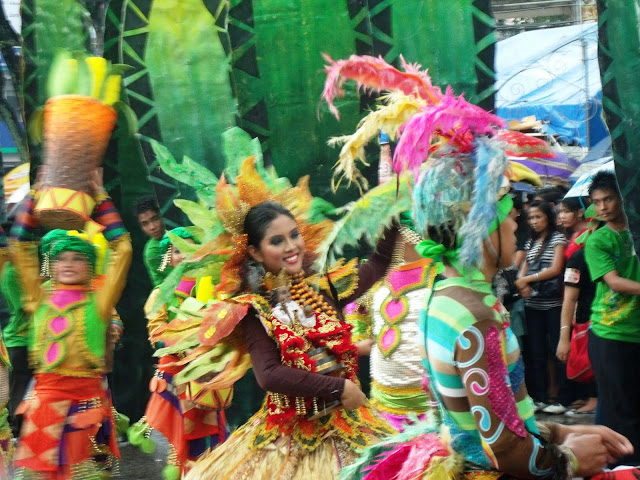 The Sinulog is an annual festival held on the third Sunday of January in Cebu City, Philippines. It's the adaptation of Kalibo Sto Niño Ati-atihan festival in Aklan.The festival honors the vision of the child Jesus, known as the Santo Niño (Holy Child),who used to be the patron Saint of the City of Cebu (since in the Catholic faith Jesus is not a saint, but God). It is a dance ritual that commemorates the Cebuano people's Islamic and pagan origin, and their acceptance of Roman Catholicism.

The festival features a street parade with participants in bright colored costumes dancing to the rhythm of drums, trumpets and native gongs. Smaller versions of the festival are held in various parts of the province, also to celebrate and honor the Santo Niño. There is also a "Sinulog sa Kabataan" performed by the youths of Cebu a week before the parade. Recently, the festival has been promoted as a tourist attraction, with a contest featuring contingents from various parts of the country.

The word Sinulog comes from the Cebuano adverb sulog which is "like water current movement," which describes the forward-backward movement of the Sinulog dance. The dance consists of two steps forward and one step backward, done to the sound of drums. The dance is categorized into Sinulog-base, Free-Interpretation. Candle vendors at the Basilica continue to perform the traditional version of the dance when lighting a candle for the customer, usually accompanied by songs in the native language.

The celebration lasts for nine days, culminating on the final day with the Sinulog Grand Parade. The day before the parade, the Fluvial Procession is held at dawn with a statue of the Santo Niño carried on a pump boat from Mandaue City to Cebu City, decked with hundreds of flowers and candles. The procession ends at the Basilica where a re-enactment of the Christianizing (that is, the acceptance of Roman Catholicism) of Cebu is performed. In the afternoon, a more solemn procession takes place along the major streets of the city, which last for hours due to large crowd participating in the event.

On the feast day at the Basilica del Santo Niño church, a Pontifical Mass is celebrated by the Cardinal with the assistance of several bishops of Cebu. Most devotees go to the Basilica to attend the mass before heading out to the streets to watch the parade.

The Sinulog dance steps were believed to originate from Rajah Humabon's adviser, Baladhay. It was during Humabon's grief when Baladhay was driven sick. He then ordered his native tribe to bring Baladhay into a chapel where the Santo Niño was enthroned. Moments later, surprisingly, Baldhay was heard shouting and was found dancing with outmost alertness. Baladhay was questioned as to whether why was he awake and was shouting. Baladhay explained that he found a small child, pointing to the image of the Santo Niño, on top of him and trying to wake him up. He, at great astonishment, scared the child away by shouting but couldn't explain why he was dancing the movements of the river. Up to this day, the two-steps forward, and the one-step backward movement dance is still used by the Santo Niño devotees believing that it was the Santo Niño's choice to have Baladhay dance.
source:http://en.wikipedia.org/wiki/Sinulog_festival and http://www.sinulog.ph
Posted by Traveling Morion